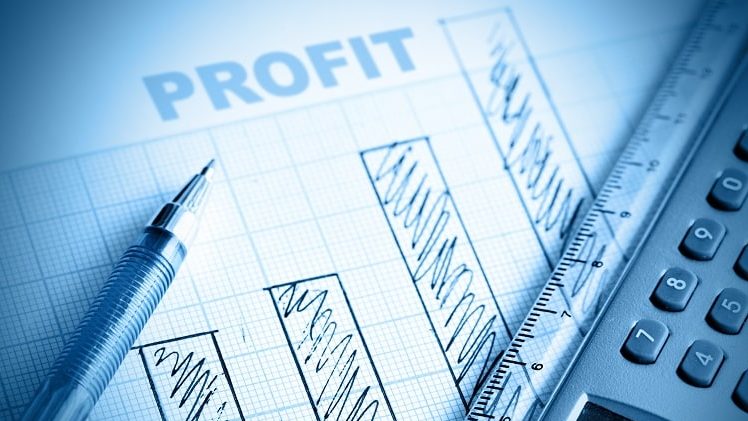 The consistent decade-low policy rates have hurt the profitability of banking sector which witnessed a drop of 8 percent or Rs 4 billion in the first quarter of 2017 compared to similar period of last year.

According to the State Bank of Pakistan (SBP), the banking sector profits declined to Rs 49 billion in the period of January to March 2017 against of Rs 53 billion recorded in the corresponding period of last year.

The real profitability of the banking sector has moderated as the profits (before taxation) experienced a decrease of Rs 7 billion during Q1CY17 and reached Rs 75 billion against Rs 82 billion profits posted the same quarter of previous year.

The prevailing low interest rate environment is weighing on the interest earnings of the sector as the net interest income has shown a marginal improvement of Rs 0.12 billion during the reviewed quarter.

Non-interest income, however, has declined by Rs 2.2 billion mainly on account of low income from gain on sale of securities and dividend income.

Bank-wise data reveals that the contribution of the profits remained broad based as 30 banks posted pre-tax profits whereas 4 banks experienced losses during Q1CY17. Concentration of earnings remains unchanged at 60 percent (share of top 5 banks in pre-tax profit) in the reviewed quarter.

In Q1CY17, the flow of fresh Non-Performing Loans (NPLs)  is considerably lower than the same quarter in the previous year, while recoveries against NPLs remained almost at the same level. Further, the amount of write offs has been relatively lower; and the quantum of restructuring/rescheduling and up-gradation of NPLs has been substantially higher. The later aspect particularly points to the fact that an upbeat economic activity is encouraging an optimistic behavior in borrowers about their repayment capacities, going forward.

The profitability of the banking sector is expected to see some recovery given anticipated increase in both advances and investments. However, it may remain modest given the shift of banks from long maturity high yielding bonds towards short maturity low-yielding ones. 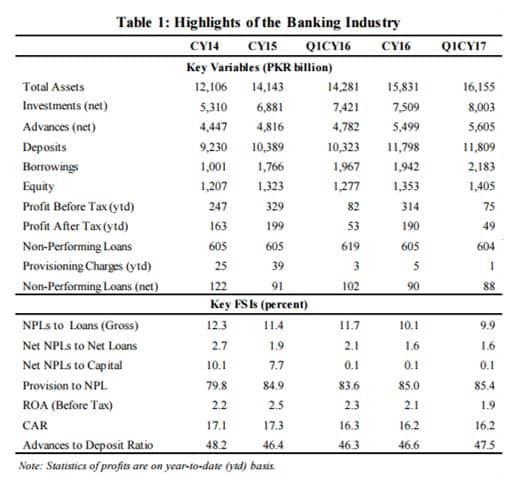