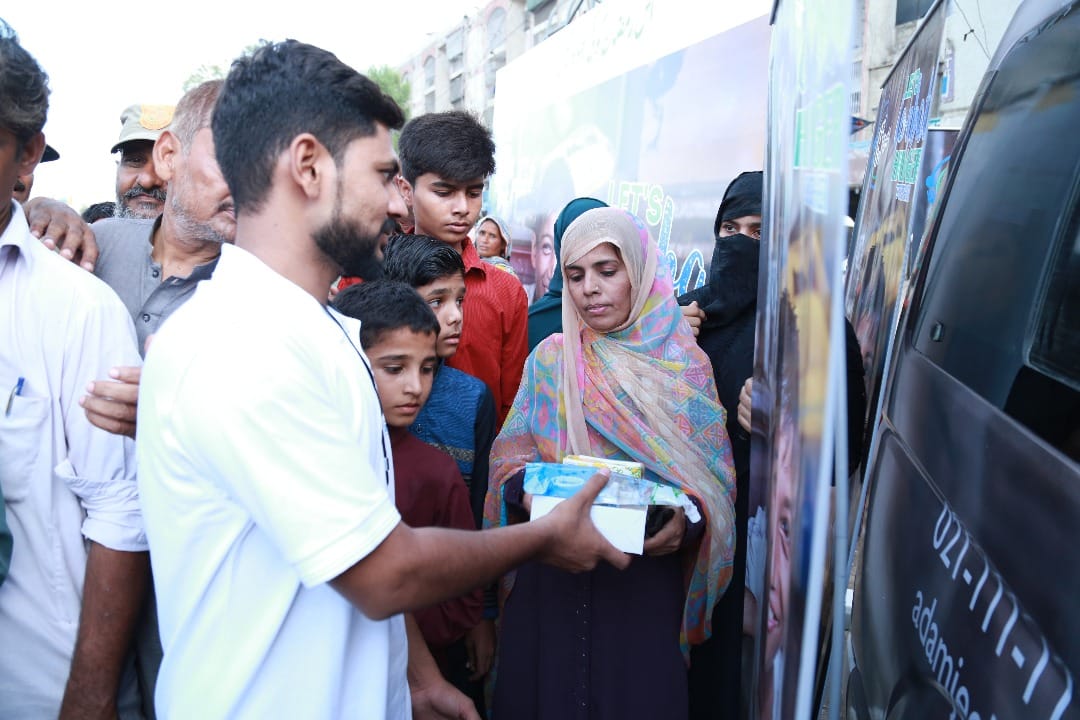 Pakistan, as a Nation, is severely affected by hunger and particularly the malnutrition with over 22% of the population being undernourished (Global Hunger Index 2016) resulting in various short term and long term complications.

If not acted upon, it is expected that by 2025 more than 44% of the population would be facing some form of physical and mental deficiencies due to lack of proper nutrition.

Even in the sacred month of Ramzan, when charitable work is rampant, millions still sleep hungry and it becomes OUR collective responsibility to do something about it.

Adamjee Life has taken an initiative #FillThePlate this Ramazan to feed thousands across the country and raise awareness of the long term issues we are facing as a nation from Hunger and lack of proper nourishment leading to long term deformities being passed on from parents to children.

The tagline of the campaign is ‘Is Ramzan koi bhooka nahi soyega’ and in order to achieve that, Adamjee Life has promised to donate one meal on every post/tweet that uses the hashtag #FillThePlate i.e.

Your 1 tweet/post with #FillThePlate Hashtag = 1 meal for the needy!

With the trend of hefty on pocket iftar deals on the rise, the least we as a nation could do is donate a comparable amount to those in need.

There are rarely any forums or groups that discuss how to pass on to those who sleep on an empty stomach often due to lack of resources. Adamjee Life being one of the very few who has initiated a CSR campaign in hope of eradicating hunger and malnutrition from Pakistan.

Currently Adamjee Life’s iftar drives are happening at Edhi Centres and Saylani Welfare Trust. Adamjee Life has also established its roadside camps and vans to distribute food to the needy on the streets. Adamjee Life plans to continue the remarkable initiation even after Ramazan. You can also join in to make the most of this Ramazan by tweeting and posting to help donate free meals to those in need.

To check out the campaign, use the hashtag #FillThePlate on Twitter and Facebook to see what Adamjee Life is doing.