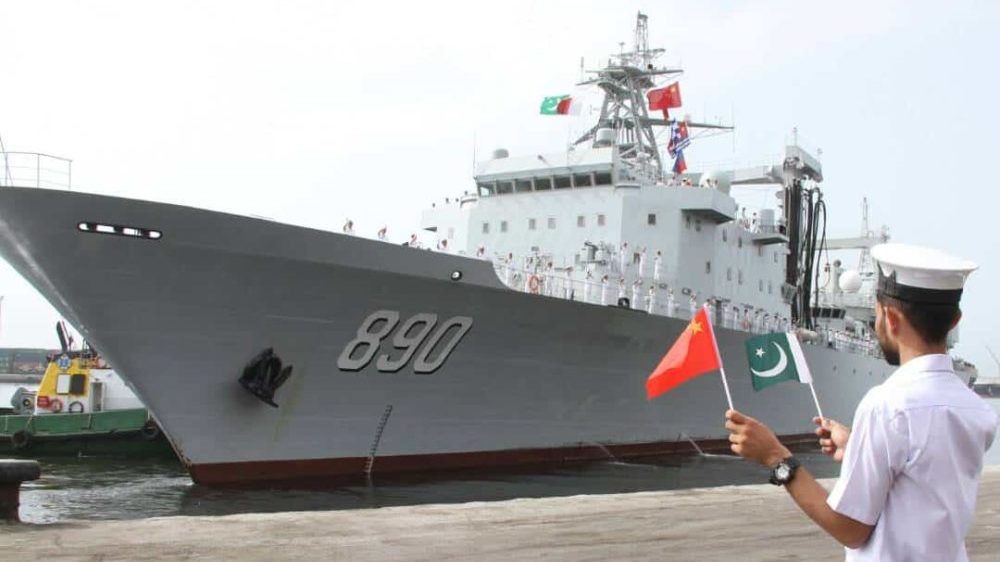 At the end of the visit, both Navies (China and Pakistan) conducted joint military operations in Arabian Sea. The goal of these exercises was to enhance the capabilities of joint naval operations between the Navy of both countries.

During the war exercises, both Navies did tactical and on-board drills. Besides that, fast attack demos, air defense, and anti missile defense demonstrations were also part of the joint exercises.

During their stay in Karachi, Chinese Naval officers and sailors met their Pakistani counterparts and held discussions on subjects of mutual interest. On harbor operational training activities, joint interactive sessions and social events were conducted.

Chief Naval Staff Admiral Zaka Ullah also visited the Chinese ships. Naval Chief was warmly welcomed by the Chinese and a contingent of the PLA Navy presented him with a guard of honor.