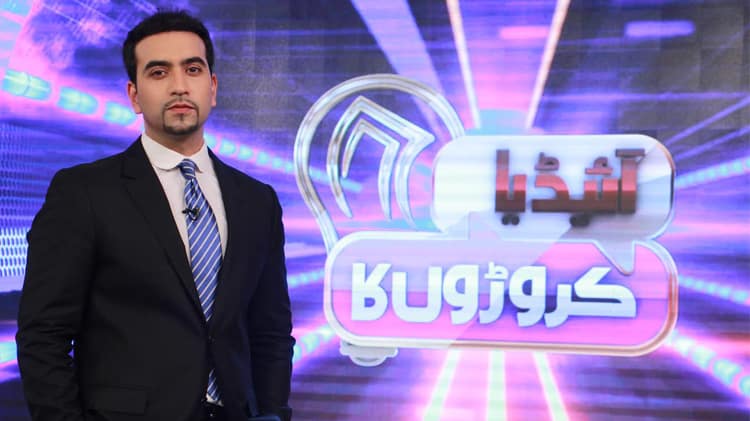 As Idea Croron Ka (ICK) nears its last episode tonight, we take a look into what went down in the last 2 episodes of the Pakistani version of Shark Tank.

Nabeel A. Qadeer, the host of the show started the episode by asking the audience for their feedback. He then went on to introduce the investors for the 11th episode of ICK.

It was time to hear the first pitch of the day by a startup.

Printickle is an ecommerce platform that provides customized digital printing at customer’s doorstep. It operates on both B2C and B2B model. They launched a pilot project on the same grounds by the name of Muggay.

Anzen is providing latest technology in cameras that can detect a person or an animal entering the house through machine learning and artificial intelligence, hence increasing the security. The cameras can be accessed through a mobile phone application.

For this segment, the program focused on Salim Ghauri. Mr. Ghauri started his business back in 1996 with the help of two partners. He laid foundation to a top IT company – Netsol. His  company ended up receiving a CMMI level 5 recognition.

He also shared a story of his early days at Netsol. He’d go to office, pitch his service to consumers, only to wait for days and days without receiving a single call. He asked his wife to call him twice a day, just so he’d expect every call to be from a potential customer. So his wife started calling him every day and then one day he actually received a call from an overseas customer when he was expecting it to be his wife’s call. The rest as they say, is history.

Dr. Saif lent his support for Salim Ghauri, saying that he was a hardcore entrepreneur and that there were very few role models like him in this country.

Tariq Javed and his wife having no kids of their own, decided to educate and empower the young girls of Pakistan. They taught them and blessed them with knowledge. They also made them learn practical skills like sewing.

In the evening, the couple could go on to impart skills to young boys as well. Whats remarkable is that Tariq Javed, in his spare time, drives a rickshaw in order to keep running this initiative to empower the next generation with skills and knowledge.

Nabeel A. Qadeer introduced the investors who joined in for the penultimate episode of ICK.

Selina founded Lotus, a PR agency, back in 2007 from a small store room at her father’s office. From its humble beginnings, Lotus has went on to design media campaigns for health care sector, fashion shows, music concerts, entertainment and social movements.

Selina spoke of the struggles she faced 10 years back, mentioning that things are more or less the same now. She mentioned how her work is impacted by low signal strength of internet connection, electricity load shedding and gas and water shortage. Selina believes Pakistan being a developing country has a lot of potential in PR. As a perfectionist, she believes that when an employee does not perform, it is her failure. She also shared her journey of taking up the marketing and PR of Coke Studio which started off by she being a backing vocalist in season 1. During Coke Studio Season 2 she had an option to choose between being a backing vocalist or taking up charge of the show’s PR.  She decided to go with the latter.

Khaliq is the Chairman of Ittehad foundation which is a non-profit school for young children who cannot afford to pay for education. The school pays for the books and stationery requirement of students and even facilitates students who can’t pay the school fee.

Khaliq’s motivation behind starting this school was personal. He recounted how he had to walk 25 kms just to get to the school in his younger days. That is when he decided he will one day make a schools for children to make it easier for them to gain education.

Currently he is running 7 branches of Ittehad foundation. He is even running 2 schools in slums, to educate the children who live there.

Nabeel A. Qadeer closed the show by advising startups and entrepreneurs to never quit.