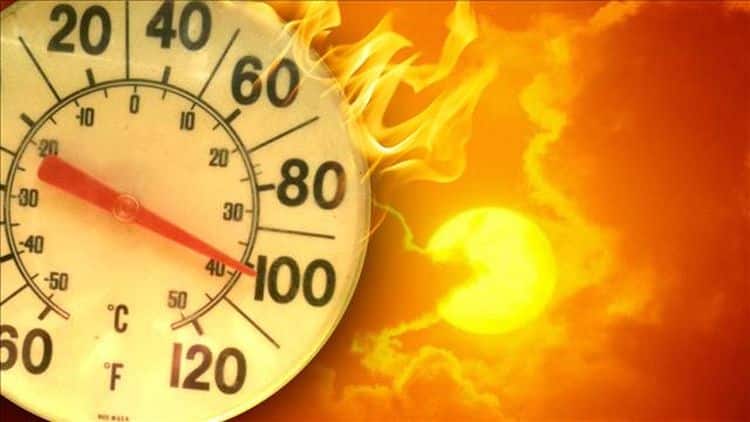 Scientists have warned that about 75 percent of the world’s population could be hit by lethal heatwaves if greenhouse gases continue to increase at the current rate.

After reviewing several scientific papers. it has been discovered that there are more than 1,900 places around the planet where people have died due to hot and humid weather since 1980. Some notable mentions include the heatwave in Moscow in 2010 where 10,800 people died, followed by 70,000 deaths in Europe in 2003 and 740 deaths in Chicago in 1995. Something similar has been seen in Karachi in recent times where hundreds of lives have been claimed by extremely hot weather every year.

It’s a Horrific and Hot Future

About one-third of the world’s population was exposed to more than 20 days of deadly heatwaves in 2000. The figure is set to rise to 74 percent by the end of this century if carbon emissions continue at the same rate.

Scientists have warned that even the most aggressive plan against carbon emissions will still result in 47 percent of the population being effected by the lethal heatwaves by 2100.

It is expected that temperature will be around 74°C to 77°C around the Persian Gulf by 2100. People will have to bear the heat for at least six hours a day. These temperatures will last about 67 days a year by the end of the century.

The climate change is so sudden – 170 times higher than natural forces – that it is impossible for humans to adapt to it. Animals and plants are also affected by this and many species could go extinct in the future.

Lead author, Professor Camilo Mora, of the University of Hawaii at Manoa, said: “We are running out of choices for the future.”

He added that we can only choose “between bad or terrible”. Thousands are already paying the price and models suggest that it will continue like this or get even worse if global warming is not controlled. The human body can only work at 37 degrees Celsius and increasing humidity with high temperatures will result in fatal and life threating conditions.

The Effects & Frequency of Heatwaves

Heatwaves have already been increasing at a rapid pace as more cities continue to succumb to extreme weather conditions.

These heatwaves can cause death at temperatures even lower than 37 since body continues to generate heat all the time and the only way it can dissipate it is through sweating. However, sweating is ineffective in humid conditions leading to a rise in body temperatures beyond 40 degrees and eventually fatal outcomes.

Professor Camilo says “Lethal heatwaves are very common. I don’t know why we as a society are not more concerned about the dangers. The 2003 European heatwave killed approximately 70,000 people—that’s more than 20 times the number of people who died in the September 11 attacks.”

Read More: Pakistan Among the Top 10 Most Affected Countries Due to Climate Change

National Geographic mentioned Pakistan and India as two countries which have fallen victim to the most recent heat waves as temperatures reached 53.5 degrees Celsius. The same has already happened in the US.

Such heatwaves weren’t a common occurrence in the subcontinent region a few decades ago but have become regular and intense due to climate change, says Richard Keller, Professor at University of Wisconsin-Madison.

“The consequences of exposure to deadly climatic conditions could be further aggravated by an aging population – a sector of the population highly vulnerable to heat – and increasing urbanization, exacerbating heat-island effects,” says the paper.

The effect of climate change isn’t evenly distributed. Even a small change in average temperature results in extreme changes in tropical areas like Pakistan, India and Middle East.

The Professor said that since we expect the summers to be hot, we don’t do anything to prevent the heatwaves. The catastrophic climate change already claims more lives than all terrorist attacks and natural disasters combined.