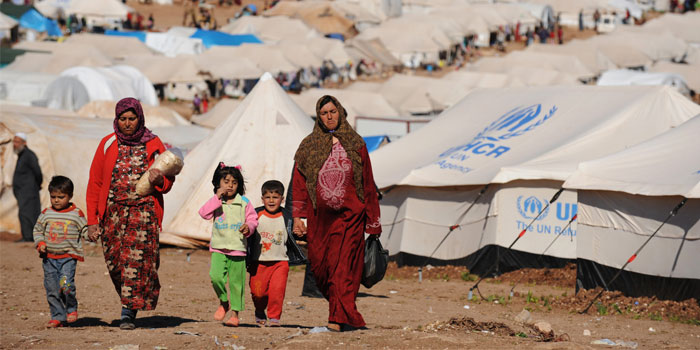 According to the latest UNHCR Global Trends report, every three seconds, one person is forcibly displaced worldwide due to persecution, conflict, violence or a human rights violation.

After Turkey, Pakistan hosts the largest number of refugees worldwide, with 1.4 million refugees residing in the country.

In the backdrop of a complicated relationship with its western neighbor, Pakistan has hosted the largest number of Afghan refugees along with Iran. Pakistan believes that militant groups have exploited this situation and used Afghan refugee camps to carry out deadly terrorist attacks in the country, a scenario which has made Pakistan repatriate some 606,905 refugees back to Afghanistan in 2016  —  the highest number since 2005.

These numbers add up to a refugee crisis of neglect and indifference. On #WorldRefugeeDay, it's time to stop turning our backs. pic.twitter.com/JSYpncckXa

Since 2002, over 4.2 million Afghan refugees have returned home from Pakistan, assisted through the largest voluntary repatriation programme in the UNHCR’s history.

The report further states that 67% of the total refugees in Pakistan live in urban and rural areas whereas 33% reside in refugee villages.

The refugee camps are facing several health issues and people are living in deplorable conditions. According to various surveys, majority of the people are working as daily-wage laborers and earning just enough to survive in tough conditions.

Due to the absence of this law, refugees living in Pakistan are deprived of their basic rights and face financial challenges and are not secure.

He further added that Pakistan government is hoping to register all the undocumented refugees living in Pakistan and provide them with basic necessities of life so that they can contribute to the society.