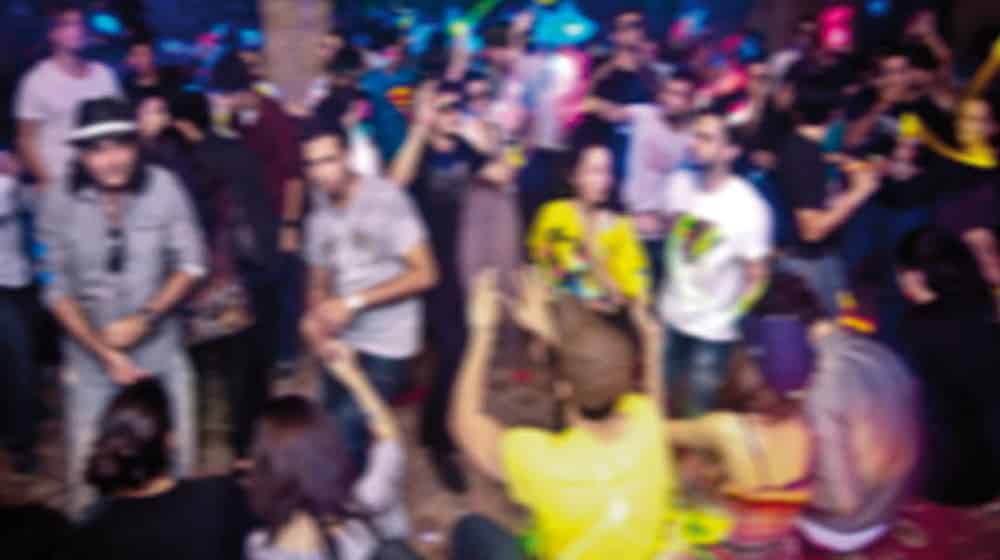 A few days ago, police arrested a group of 50 men and women from a “dance party” at Hotel Ambassador in Sector G-5 of Islamabad.

Official sources said that the raid had been conducted on the orders of Assistant Commissioner Captain Shoaib Ali in the late hours of the night.

Islamabad Police found that at least 34 men and 16 women were dancing, playing loud music while smoking tobacco and sheesha. Officers booked the participants for “obscene acts and songs” and for violating the loudspeaker and tobacco control laws in the country.

Following the news, a video went viral on social media which apparently showed the faces of the alleged participants.

Some clips from the video showed how the police was treating the participants. Faces of each of the arrested individuals were also shown.

Here is the video of the incident (viewer discretion advised) that soon went viral over social media, with many people commenting on the poor treatment meted out to the participants of the dance party:

Many Pakistanis over social media shared it extensively, criticizing the behavior of the police towards the people in the video.

However, it became apparent after some time that things were not as they seemed to be. It has now been proven that the video was of another incident and from another place (either Saudi Arabia or Yemen).

A tweet from June 16 shows a person who was executed by the Saudi authorities after being arrested from an ‘underground night club.’ The same person can also be seen in the above video (at 0:54) which ‘apparently’ showed the people who were arrested in Islamabad.

Here is the evidence that the above video was not of those who were arrested in Islamabad recently:

Saudi soldier claimed to have died on duty in Yemen, was actually executed by Saudi authority after being caught in an underground nightclub pic.twitter.com/AOd7S6gclF

The general complexion and facial structures of the people in the video also resembles Arab people. Some informed people on social media also pointed it out as well. And if there was any lingering doubt, the timestamp on the tweet basically destroys all other versions of the incident.

This incident serves to highlight the importance of verifying content that appears on our social media feeds. Not everything on the internet is reliable and people should be wary of such deceiving posts. We live in an era of fake news and scams after all, and it pays to be cautious.

A copy of the FIR against the arrested individuals can be seen here. Media outlets have reported that all of the participants were released on bail within hours of the arrest.