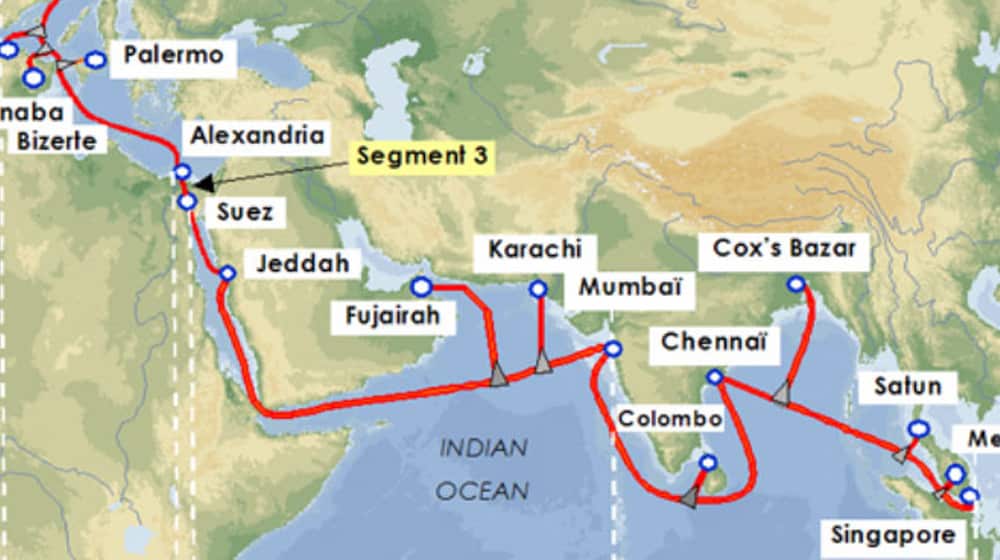 It appears that submarine cables connecting Pakistan with outside world are rife with issues these days.

While we know that TransWorld was having troubles for past few days — and since entire traffic was shifted to PTCL — the large amount of traffic caused ended up causing major disruption yesterday.

Today, in a new development, PTCL has made an announcement that one of the international submarine cable systems, SEA-ME-WE 4, has developed a fault.

PTCL said that the international consortium managing the submarine cable system has initiated the repair work to restore services at the earliest.

PTCL said that it is fully alert of the situation and necessary action to minimize the service impact has already been undertaken. It confirmed that traffic is now being routed through 3 other submarine cable networks that are available to PTCL.

After commencement of operations of AAE-1, PTCL has said that country’s internet is back to normal.

PTCL, after getting the internet operations back to normal, issued below official statement:

“With reference to the recent fault in the SEA-ME-WE 4 international submarine cable, PTCL using its diverse internet cable network has arranged additional bandwidth and internet services are now back to normal.

PTCL folks reportedly dealt with an international problem — i.e. submarine cut — for the nation within 24 hours.