Pakistan is blessed with countless beautiful and scenic places. It is also an adventurer’s paradise, given its proximity to various mountain peaks, lakes, trekking and camping areas, and more.

Adventure sports have enormous potential here. But rarely do we see a youngster risking it all and conquering some of the most unforgiving terrains in Pakistan. Until now that is. 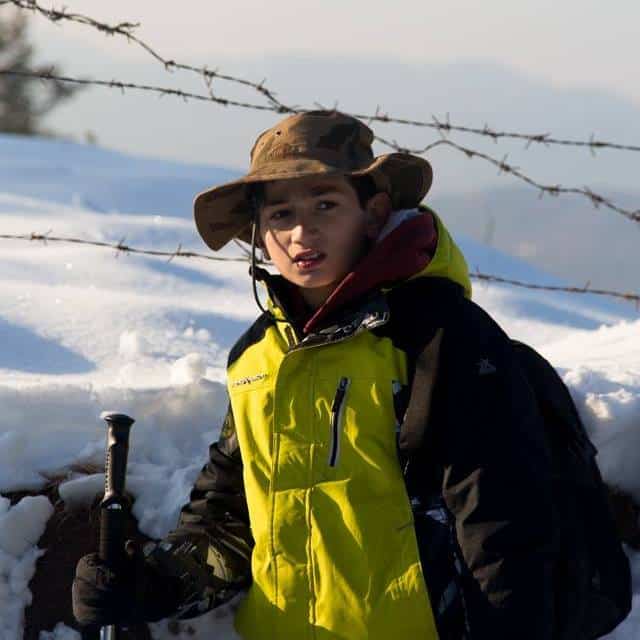 Meet Shehroze Kashif, a 15-year old from Lahore who is the youngest mountaineer in Pakistan. He started out with his first expedition at the age of 12. In the last 3 years, he has scaled mountain peaks that are more than 4,000 meters in altitude.

The young mountaineer has scaled the infamous Gondogora Pass (5700 meters) which is just 25km south of the K2. In fact, he has also conquered Minglik Sir, which is his highest personal record to date at 6050 meters.

How It All Started

Shehroz says that to start anything new or to find passion in something, you need some kind of inspiration from someone. For him, his inspiration came from one of his father’s trip to Siri Paye, Shogran where he saw some trekkers starting their journey towards the Makra Peak (4000 meters). 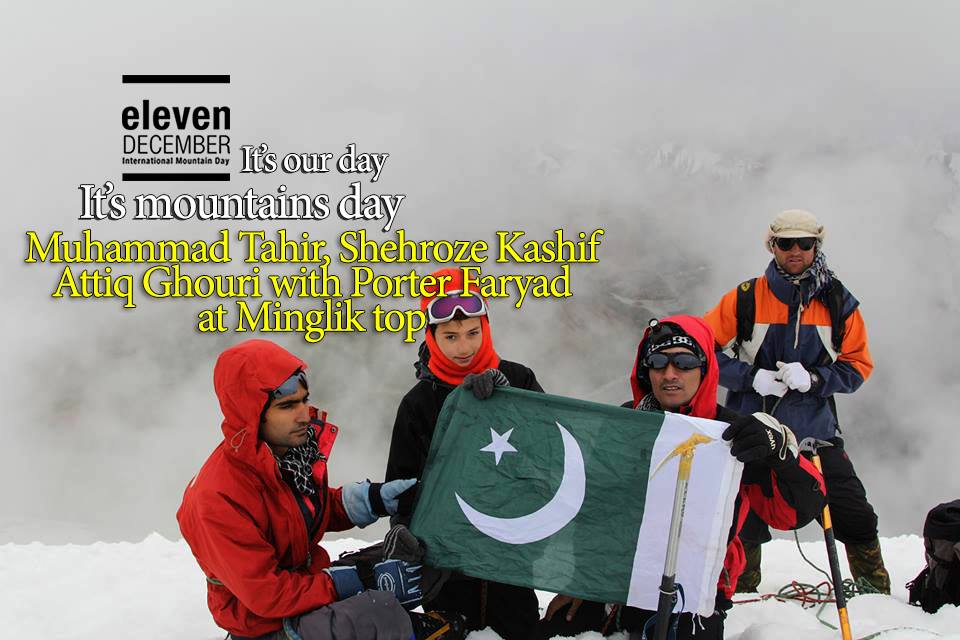 His interest developed with time. Shehroz particularly was curious about what his father and his trekking partners did when they got to the top and what was their purpose.

Unfortunately, during those early years, he wasn’t allowed to go trekking with them due to severe weather conditions.

Eventually, Shehroz and his father, Kashif, came back to Shogran a week later, hired a porter and before long, the 12 year old had scaled his first peak.

From there on, it was peaks after peaks. His next trekking trip was to Musa Ka Musalla (4080m), which he also did at the age of 12 back in 2014. In fact, he went there 2 times, once in summers and once during the winters.

Sheroz joked that before going to Musa Ka Musalla, he had never seen snow, as he was aware of Murree but wasn’t able to visit it. But now he says, there’s no need for him to go to Murree. 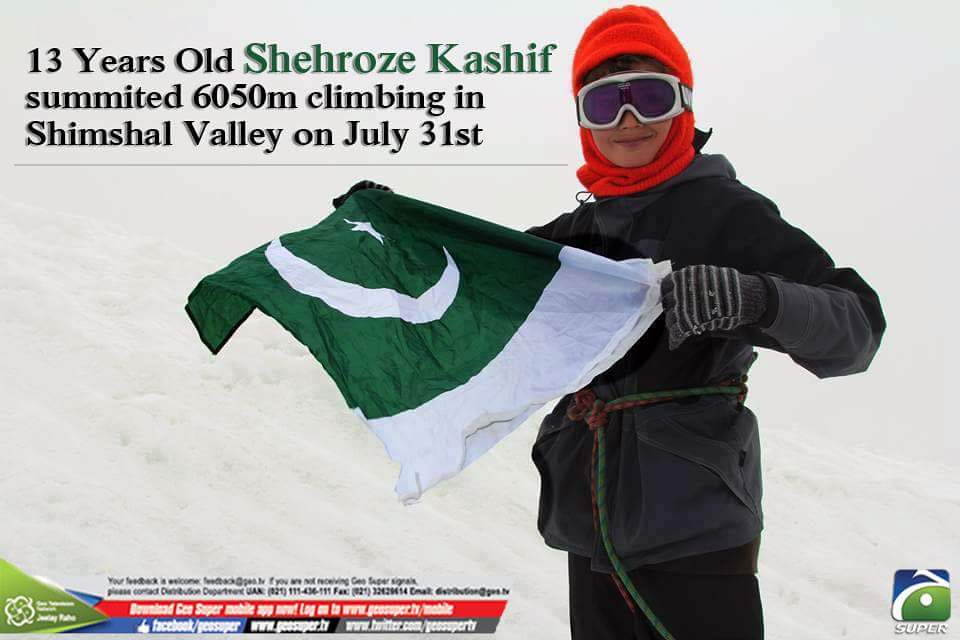 Shehroz says it was at this time where he decided he was done with sub-5000 meters and he went on to climb Minglik Sar peak which is 6050m.

He mentions that is one of the most difficult peaks to scale as the route was less than ideal and there was trouble finding water. His proudest trek, however, is the Gondogoro Pass near the K2 base camp.

What is he up to now?

Shehroz is ready for more adventures and wants to scale as many peaks as possible. He is currently off for another expedition at the Khurdopin Pass. For the unaware, Khurdopin is considered one of the most dangerous and challenging Passes around the world. It hasn’t been scaled in over 10 years!

We wish Shehroz the best of luck and hope he conquers all that he sets out to do.