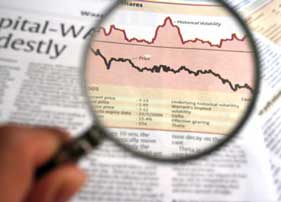 Foreign reserves are falling, the current-account deficit has more than doubled in less than a year and the benchmark KSE100 Index has lost its charm. Even Moody’s Investors Service has joined the International Monetary Fund, which said last year that the rupee is as much as 20% overvalued, urging the central bank to abandon its grip on the currency and allow more flexibility.

The currency pressure comes as Prime Minister Nawaz Sharif and his family are at the center of an investigation into alleged corruption. An election next year and the makeup of the country’s borrowing — nearly 31 percent of outstanding government debt was in foreign currency in the 2016 financial year, according to Moody’s — are adding to the stakes. 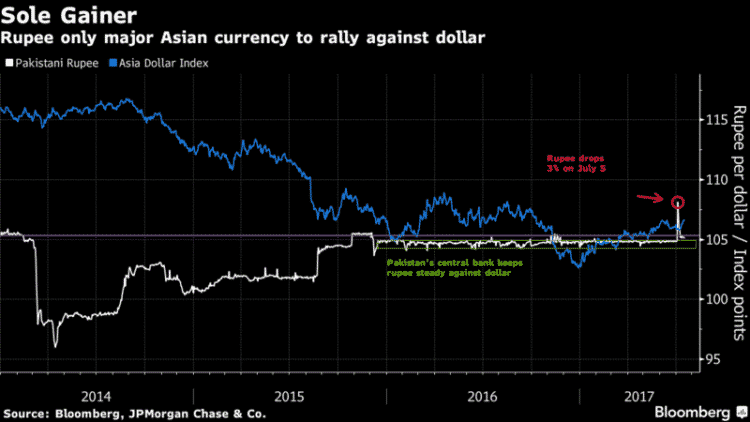 The government’s determination to stop the rupee from weakening was highlighted when Finance Minister Ishaq Dar described its 3 percent plunge on July 5 as “mind-boggling”.

A new central bank governor was appointed days later and the currency has since regained almost all of its drop. The government will probably want to avoid abrupt rupee movements before next year’s election, Moody’s said in a July 11 report.

“The devaluation of the currency is always a very unpopular political move in Pakistan,” said Baryalay Arbab, director of equity trading at EFG Hermes in Dubai. “The bigger concern will be when, and if, a devaluation occurs, is it forced by dangerously low foreign reserves or a preemptive step by the government. The former will create a lot more havoc.”

Reserves coverage fell to below four months of imports coverage as of April, only slightly above the IMF’s three-month minimum adequacy level, Moody’s said in its report. Exports, while rising last month, are the lowest for the year through June since 2010, and the IMF warned in its July paper that the macroeconomic stability gains made from 2013 to 2016 are starting to erode.