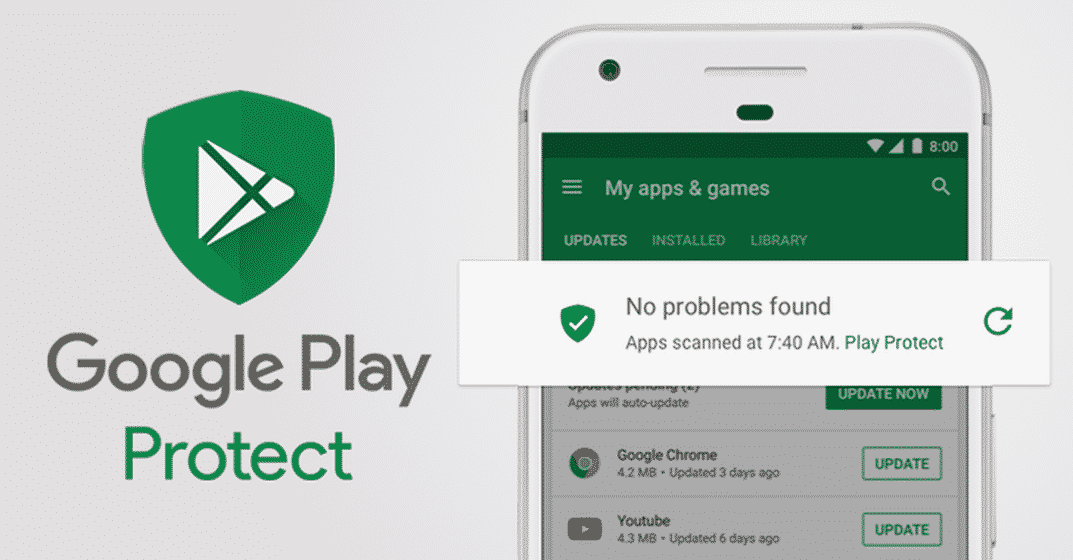 Google has been working hard to keep out malicious apps from the Play Store. The search giant has rebranded its safety feature called ‘Google Play Protect’ to do just that.

The service actively scans all the apps downloaded from the Play Store to look for any ‘suspicious’ activities. Not only are the apps scrutinized before the download, but are continuously tracked and observed to prevent any harm to your data.

Previously, apps could automatically update or download additional data which allowed them violate Google’s terms and conditions, however, the company introduced a security feature which did exactly what Google Play Protect will do now. The only difference is that the service now carries a different name and will be much more visible to the users.

Google says that users will also get notifications when a security issue is detected by the service.

As with any Google update, they will roll out the service in stages to prevent any widespread bugs. The service will be running on all android devices using Google Play Services 11 and up.

The service will be present under the Security menu in the Settings tab in the Play Store once it arrives.

Here’s a video detailing what Google Play Protect can do:

“All Android apps undergo rigorous security testing before appearing in the Google Play Store. We vet every app developer in Google Play and suspend those who violate our policies.

So even before you download an app, you know it’s been checked and approved. Then, Play Protect scans billions of apps daily to make sure everything remains spot on.”

Time will tell about the performance and reliability of this service, but something is definitely better than nothing. At the very least, it will remove people’s reliance on heavy anti-viruses on their smartphones.