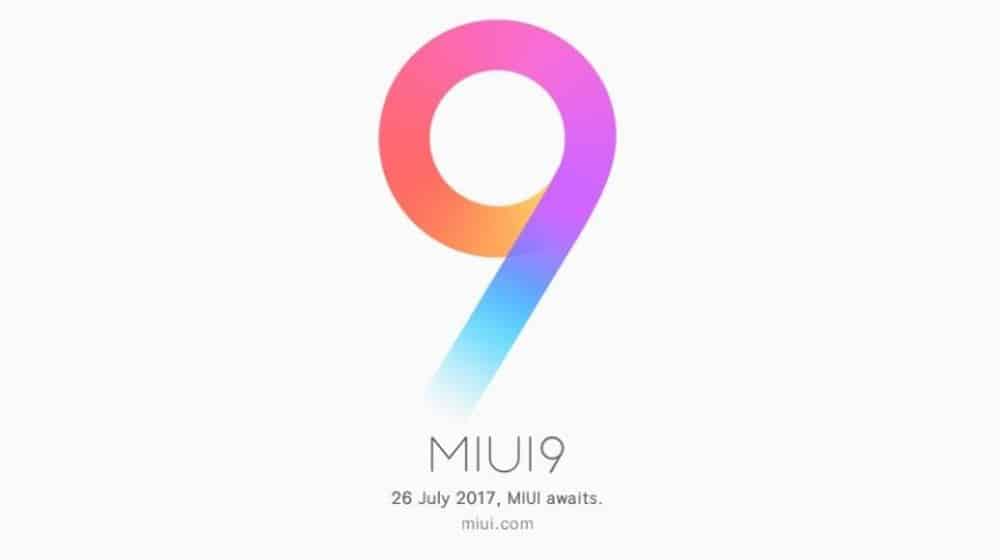 Xiaomi has been making a lot of rounds lately with its plans of expansion and recently with its dirt cheap Smart TV. Now the Chinese firm has announced it plans to launch the next iteration of its android skin, MIUI 9 on 26th of July.

Like other manufacturers from China, notably Huawei and Oppo, Xiaomi is also known for using a heavily modified Android skin. Some even call it an imitation of Apple’s iOS though it comes with much more features carried over from Android Nougat. MIUI is also known to be battery efficient and very light on resource usage.

Recently, Huawei’s EMUI 5 moved away from its traditional layout and came closer to stock Android’s design language with a complete overhaul of the notification center. Users are hoping that Xiaomi also follows suit.

Although Xiaomi hasn’t given up much about the upcoming skin, some features expected in the latest release include:

This list is in no way complete and only shows what is known so far. Other features which may make there way include quick reply from the notification center, better RAM management, improved doze support and data saver mode.

Most Smartphone manufacturers are criticised for not updating older or lower-end devices. However, that is not the case with Xiaomi which continues to update devices which were released half a decade ago. Continuing its trend, Xiaomi will support a handful of devices for its new MIUI 9.

It should be noted though that MIUI 9 does not mean the phones will get the latest Android Nougat OS. Though, it can be called the next best thing since MIUI brings all of Android’s latest features to older devices as well despite being based on different versions of the Android operating system.

Let’s take a look at the devices Xiaomi will be updating with its latest skin:

With 34 supported devices I think no one can complain about Xiaomi’s unmatched software support. Mark your calendars for the 26th of July when MIUI 9 will be officially revealed.