The stock market closed almost flat for the 2nd consecutive day on Thursday. It witnessed another dull trading session as benchmark KSE-100 index closed at -2.63 points (0.01 per cent) by the close of the trading session to reach 45,905.76. 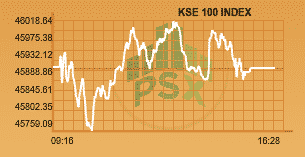 The market opened positive but couldn’t maintain its morning run and erased all gains by day’s close as participants chose to book profits. 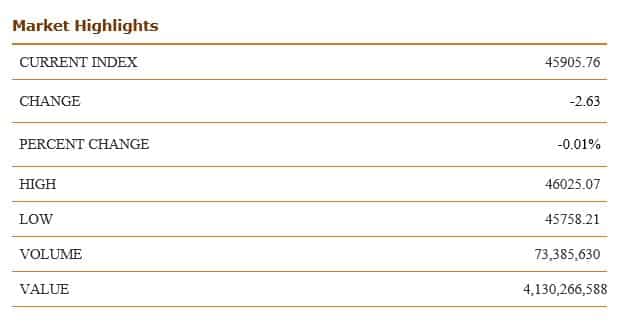 Mari Petroleum hit the upper cap during the day as it closed with MARI 0.96% as the company disclosed its financial results with improved profits of Rs 9.13 billion in the year that ended June 30, 2017 as compared to 6.05 billion profit in the previous year. This translated into earnings per share (EPS) of Rs 82.87 as compared to EPS of 54.89 during the same period last year. The company has also announced a cash dividend of Rs 2.20. 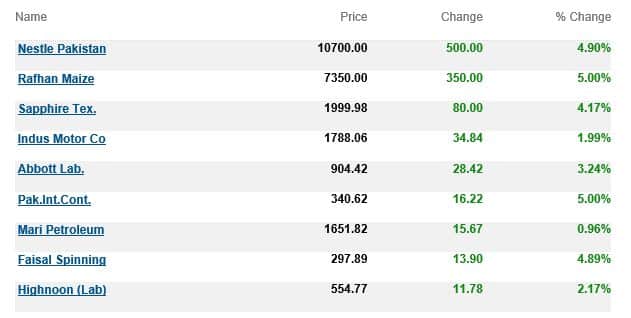