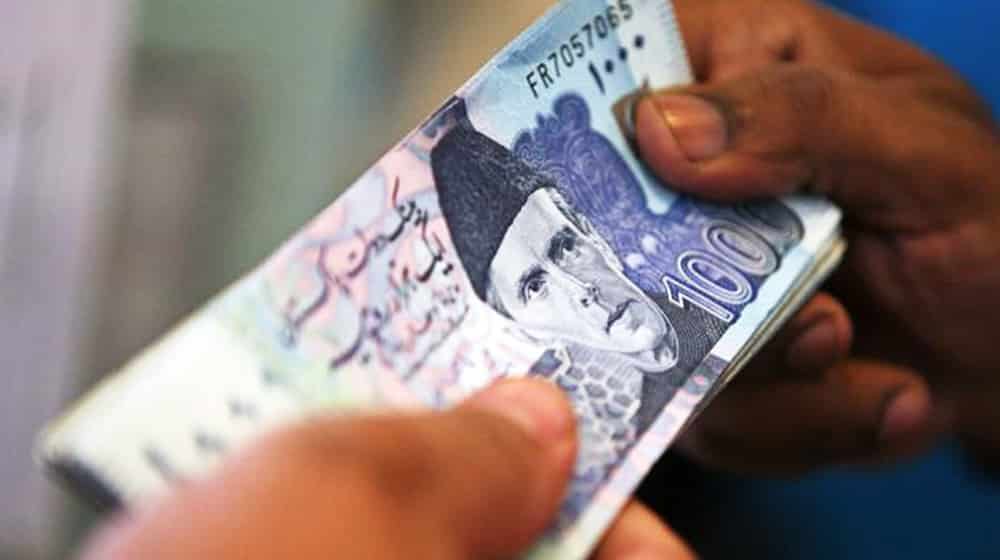 Pakistan has been ranked as the 4th most corrupt country in the Asia Pacific region according to a survey conducted by Transparency International.

The survey included responses from 22,000 people across 16 countries and territories.

Based on the bribery rates for each country/territory and its adult population size, this is equivalent to over 900 million people across the 16 places surveyed.

The results showed that the most corrupt nation was India with a whopping 69% bribery rate. For comparison’s sake, here are the top 5 countries where bribery reigned supreme this year:

Against the backdrop of the recently concluded Panama case saga, some 35% of Pakistanis agreed that corruption has increased in the country recently. 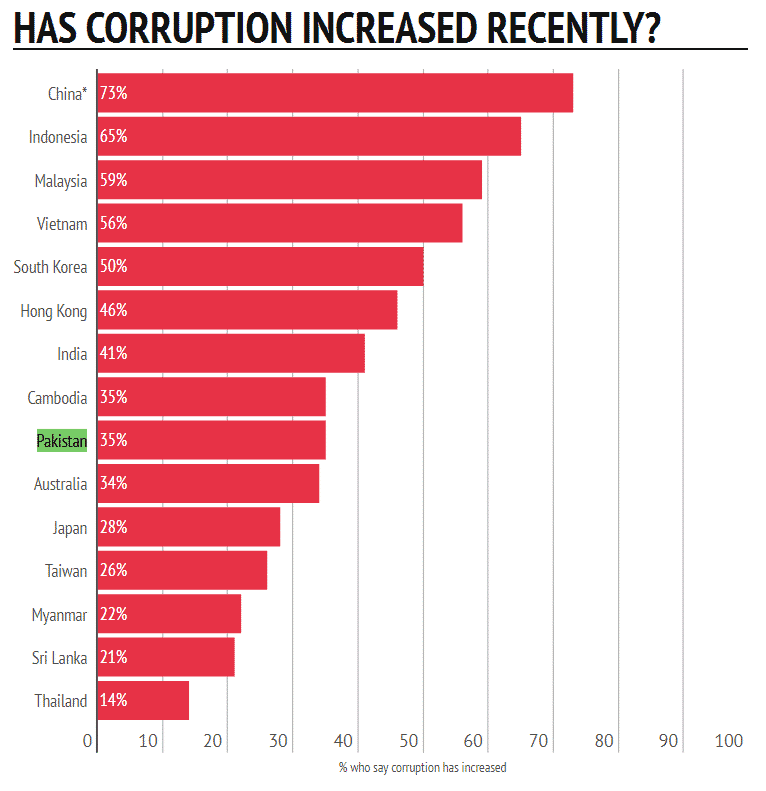 The data gathered by the TI survey also had something to say about corruption in law enforcement agencies.

The results of the survey show that people in Pakistan believe that their police is highly corrupt, with over three quarters saying most or all police officers in their country were corrupt (76%). 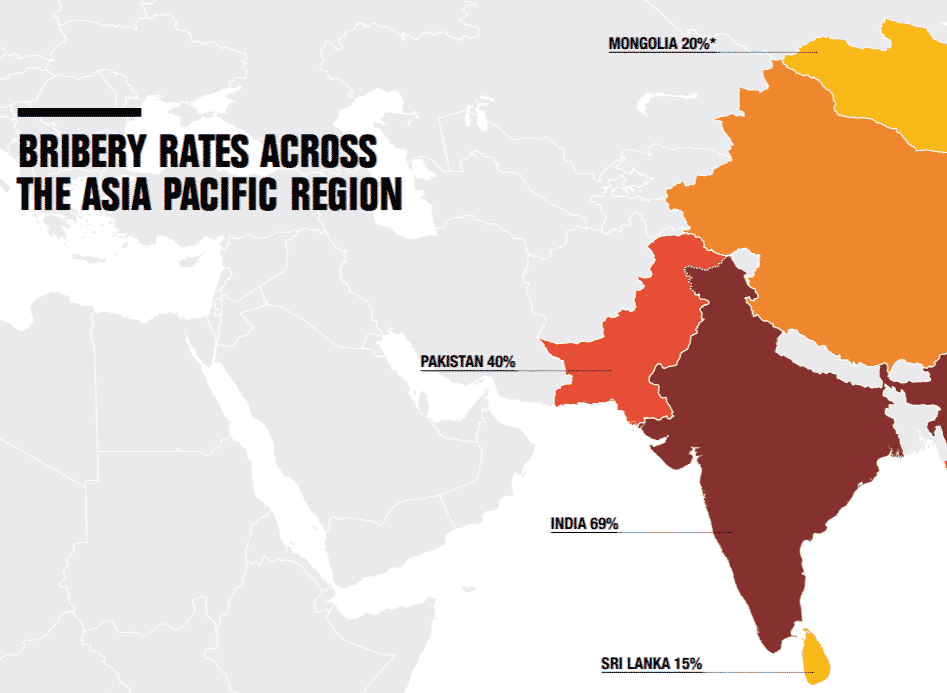 ‘We Are Less Empowered’

Furthermore, according to the survey, people in Pakistan felt the least empowered with only a third agreeing that people can make a difference (33%). This was substantially lower than in any other country.

This is how Pakistan ranked in the polls in comparison to the bribes paid in various sectors:

When looking at the overall regional results, it was found that about 38% of the people, those who belong to the poorest segments of the society have paid a bribe. This may be because the poor feel that they have fewer alternative options available to them, or because they have less power or influence to avoid paying bribes.

In Pakistan, 64% of the poor people paid a bribe compared to 26% of the rich people.

Governments must do more to deliver on their anti-corruption commitments. It’s time to stop talking and act. Millions of people are forced to pay bribes for public services and it is the poor who are most vulnerable.