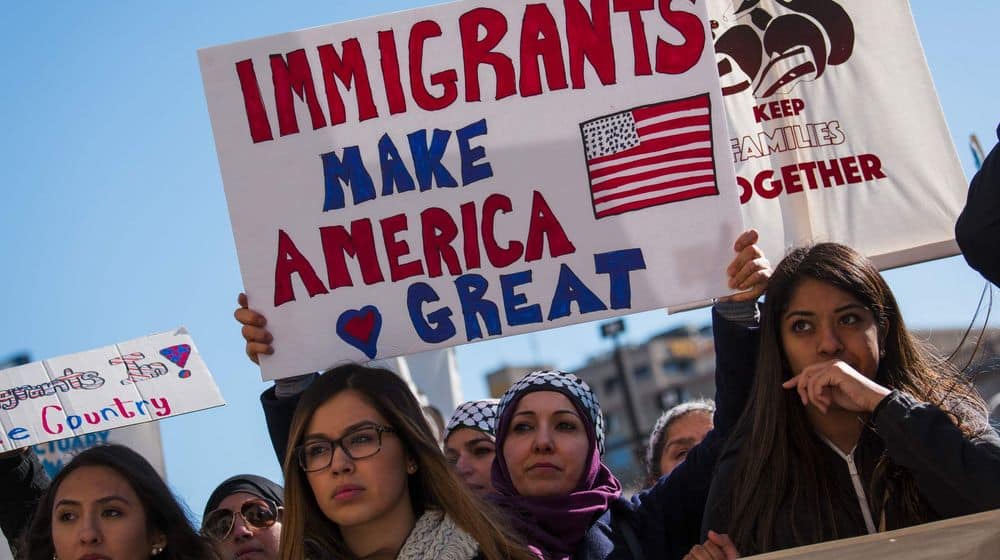 The US Citizenship and Immigration Services (USCIS) have released 900 pages worth of data on the immigration statistics of the United States.

The numbers have reinforced the accusation that IT companies, which outsource work, are given the most H-1B visas (for foreign workers) even though they pay very little in comparison to other firms.

The H-1B visa is a facility for US based companies who want to outsource their work to foreigners. The companies submit formal applications to the US government and in return a number of visas are approved each year to allow workers from around the globe to work in the US.

This program came under the gun when President Trump, in his pursuit of ‘locking down the US’, signed the “Buy American, Hire American” order. Trump is well known for his goal of tightening up foreign access to the US, especially Muslims.

According to the report, some 4,000 companies applied for the H-1B visas for the fiscal year 2016. The top 5 companies who were granted the largest number of visas were all outsourcers from the IT field. 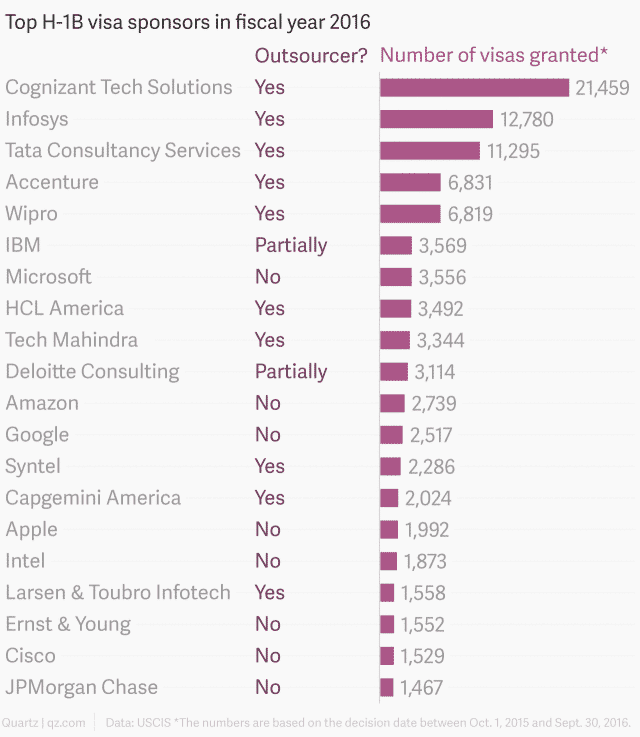 As evident from the graph above, there is an exponential increase when moving from non-outsourcing companies like Google and Apple to outsourcers like Tata and Cognizant.

There’s a difference of about 10 times when comparing Google’s approved visas to the leader on the board, Cognizant. 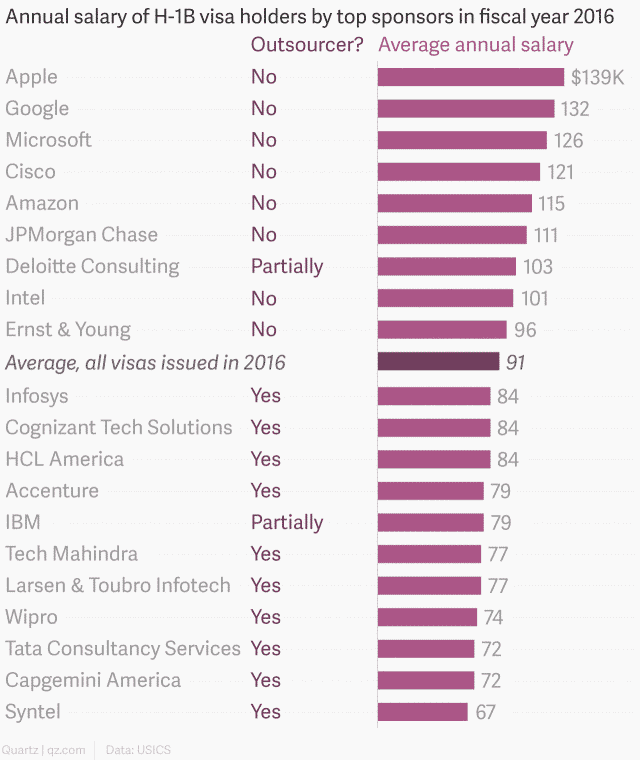 Unfortunately the emphasis seems to be on bringing foreign blood in and not on actually rewarding them with competitive salaries.

The same companies who were at the bottom of the first chart are now at the top, with Apple paying their H1-B employees the most. But if we look at other outsourcing companies, they are paying close to half of what Apple is offering.

This dramatic drop in wages can be attributed to the academic qualification of the H1-B employees. If we observe the data, companies like Google, Intel and Cisco have mostly employed immigrants with a Master’s degree. Around 60% of the employees had a Master’s degree under their belt. While outsourcing companies like Cognizant, Syntel, Wipro and others tend to take in employees holding a bachelor’s degree and consequently paying them much less.