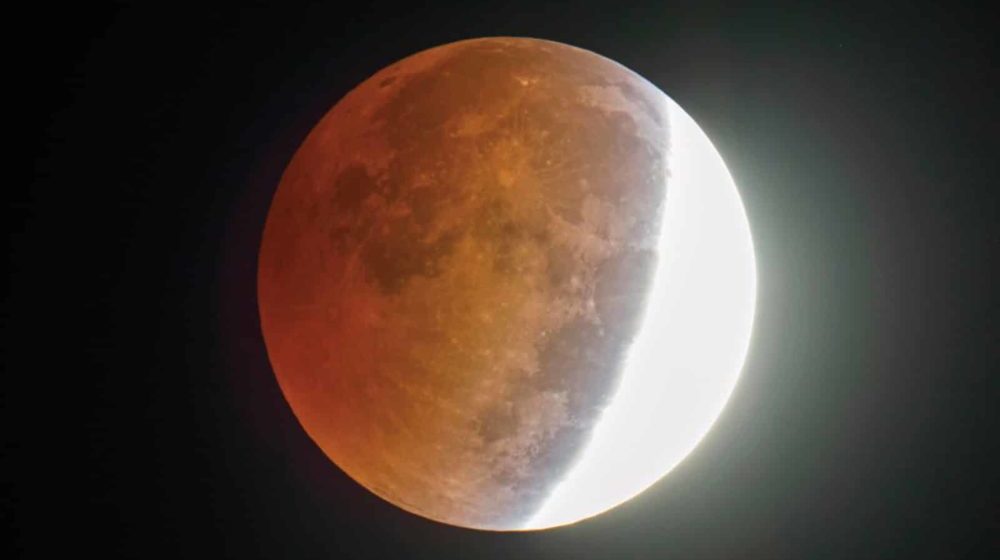 Pakistan is going to observe a penumbral lunar eclipse on August 7th this year.

According to reports by the Pakistan Meteorological Department (PMD), this is the second lunar eclipse seen in Pakistan this year. The first one was witnessed on February 11th.

The eclipse will be visible in much of Europe, Asia, Australia, Africa, East in South America, Pacific, Atlantic, Indian Ocean, and Antarctica along with Pakistan.

The Lunar Eclipse and Its Types

In simple words, a Lunar eclipse is when the Earth casts its shadow on the moon.

A penumbral eclipse occurs when the moon moves through the faint outer part of the Earth’s shadow. Some people might mistake this type of eclipse for a full moon.

A partial lunar eclipse occurs when earth casts only a partial shadow on the moon. That is the Earth’s umbra – the central dark part of the shadow – which covers half of the moon.

A total eclipse occurs when earth’s umbra covers the entire surface of the moon.