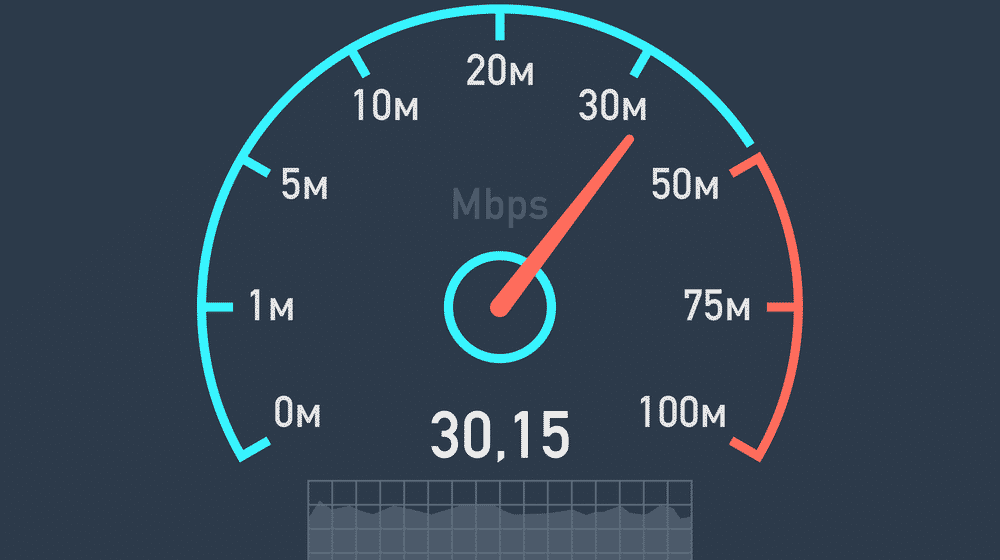 Pakistan’s outrage due to the dead-slow internet in the past few days hasn’t even settled yet and we have more bad news for you.

Well, a similar Speed Test service Ookla has published a monthly report named Speedtest Global Index based on the internet speeds of all countries during a 1 year period. The report will be updated every month.

The first version of the report is out and if you used to brag about your blazing internet speed in Pakistan, this report may serve as quite the eye opener.

“We’ll update Speedtest Global Index with data based on the previous month at the beginning of every month so you’ll have fresh statistics and an early eye on new developments.”

According to the rankings, Pakistan was ranked among the countries with the slowest internet speed.

Among the two categories – mobile and fixed broadband – Pakistan was ranked at 98th and 124th spot among the 133 countries. Quite a picture of gloom, isn’t it?

The rankings also show how many places a country has dropped or moved up from the previous month’s rankings.

In the mobile internet category, Pakistan jumped 4 places to reach the number 98 spot, whereas, for fixed broadband, Pakistan declined 5 places to 124.

To be ranked in each category, countries must have at least 670 unique user results for mobile and at least 3,333 for fixed broadband.

It uses both download and upload speeds to aggregate an overall index.

In the journey towards high-speed global connectivity, the data can “uncover trends and detect potential storylines”, says Ookla.

Norway is the world leader in mobile internet speed with a download speed of 52.29 Mbps, whereas Singapore topped the chart in fixed broadband with a mammoth 154.38 Mbps internet speed! 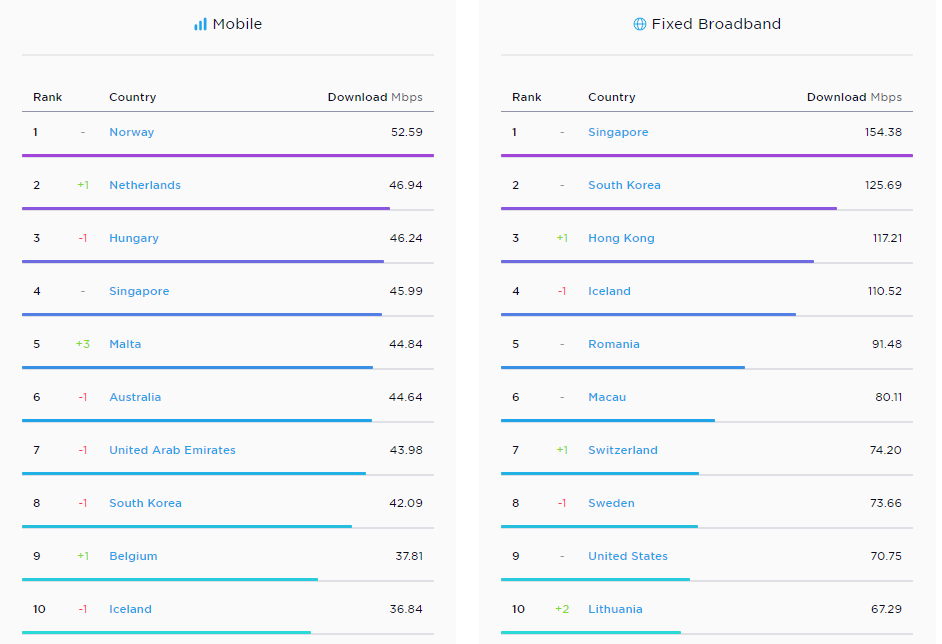 Singapore, South Korea, and Iceland are in the top 10 in both categories.

While the Internet Service Providers all across Pakistan are busy trolling each other, Pakistan is facing the heat in the global internet speed competition.

You can take a look at the complete list here.