QMobile has released a duo of entry level Smartphones designed for heavy usage.

The Evok Power and Evok Power Lite have a massive 5,000 mAh and 4,800 mAh battery respectively, ensuring that they last for the better part of the day. 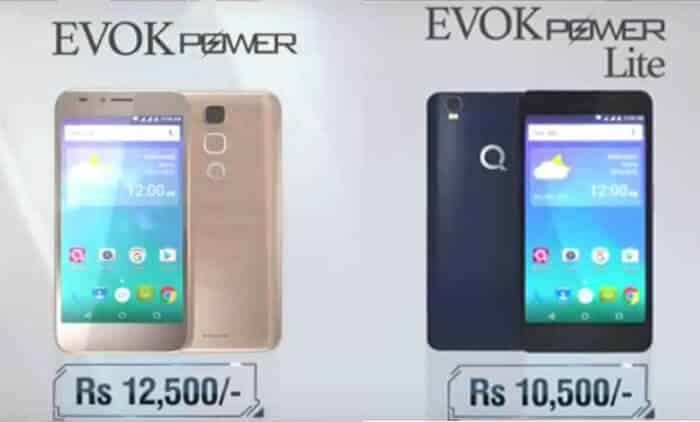 The two phones have a similar design with minor differences. Evok Power features a fingerprint sensor on the back unlike Evok Power Lite.

In terms of display specifications, the QMobile phones are exactly the same. Both come with a 5.5 inch HD (1280 x 720) resolution display.

Being entry level phones, the camera performance is not that good. Evok Power has an 8 MP primary camera with autofocus and an LED flash. On the front Evok Power has a 5 MP shooter.

On the other hand, Evok Power Lite also has an 8 MP sensor with an LED flash, however it lacks autofocus. The front camera is VGA.

The main selling point of the QMobile Evok twins is their battery capacity. Evok Power has a massive 5,000 mAh battery while Evok Power Lite has a 4,800 mAh unit included. Owing to the low power SoCs and 720p display, the phones might last you through 3 days of medium usage.