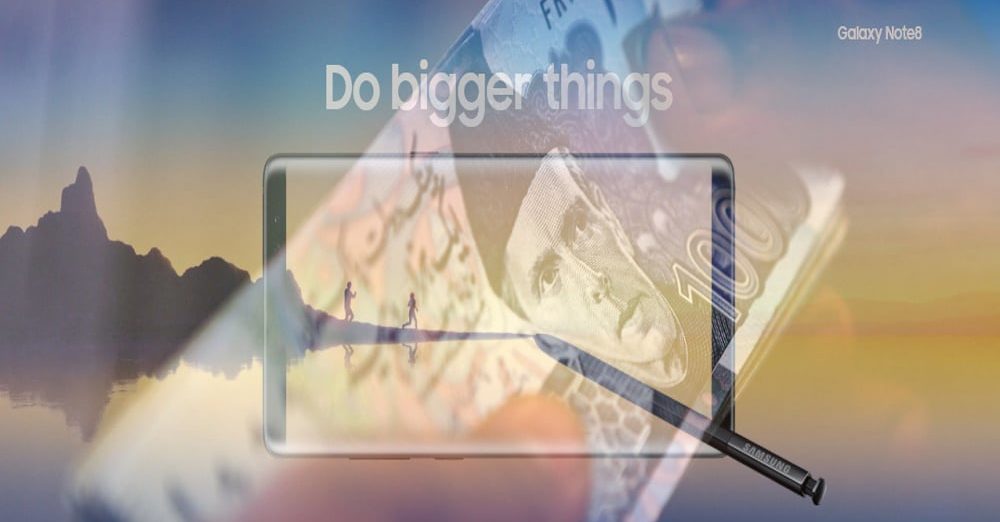 Samsung officially unveiled the Galaxy Note 8 today. Months of leaked specs and images later, we already had a pretty good idea as for what to expect from the South Korean giant’s next phablet.

The 7th phone in Samsung’s most expensive lineup of phones, the Galaxy Note 8 sports a design similar to the Samsung Galaxy S8 Plus; with a nearly bezel-less display, a glass back panel, and similarly rounded edges (albeit a little sharper). As expected, the only major upgrades the Note 8 brings over the S8 Plus are a slightly bigger display, dual cameras, the stylus and the higher price tag.

That’s $80 over the cost of a Galaxy S8 Plus’ and roughly translates to a price tag of 98,000 Pakistani rupees considering current dollar rates.

And that cost is for when you buy an unlocked Note 8 from the United States. It is extremely likely that when it is made available in Pakistan, the cost is going to easily exceed a hundred thousand rupees.

A hundred thousand rupees for a smartphone! Can you believe that?

Will You Buy a Phone for 1 Lakh Rupees?

Or perhaps, that is the wrong question. The real question we should be asking ourselves is whether any phone should be this costly?

When Apple released the very first iPhone, it was priced at $499 for the 4 GB model and $599 for the 8 GB one. Many people considered it to be a little too pricey at the time but it actually worked.

Then the influx of Smartphones managed to create its very own price gap. Since then, Apple has stuck to the $600 mark (the latest iPhone costs $649) and so have other Smartphone manufacturers like Samsung, HTC, LG, etc. and it looked like it was going to stay that way, until the advent of the “Plus” range of smartphones. 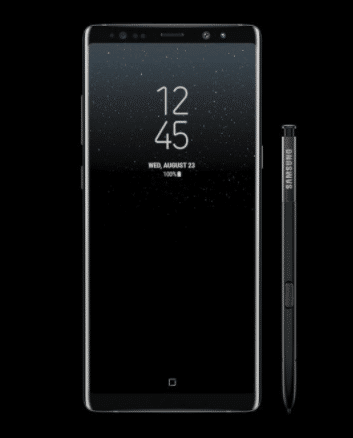 An enticing higher-end bracket, they are just over-sized versions of a company’s flagship phone with an extra feature or two thrown in to justify the higher price tag.

And then, Samsung comes out with an even more expensive phone — the $930 Galaxy Note 8.

At a certain point, we really have to ask: Aren’t smartphone prices, especially that of Samsung and Apple, getting too out of hand?

That is a whole other category on its own. You can buy a high-spec’d, premium ultrabook for that kind of price —a fully-functioning workstation.

Admittedly, the price will come down, as is the case with most Android smartphones. Samsung’s own strategy has always been to price their phone at a premium price, then offer it at discounts and gradually decrease the price.

When the Note 8 is going to hit retail, it’s going to be extremely pricey — easily over the one hundred thousand Rupee threshold which has been reserved for the latest iPhones up until now. But will people really flock to it at that price like they have done for the S8 — the world’s best selling Android smartphone right now?

After the first few months, the Note 8 will probably go through a similar price trajectory like the S8 and S8 Plus but even then, it’s hard to justify buying such an expensive phone.

In a developing country whose major cities are ripe with crime, especially Mobile theft, this question has a certain significance on its own. I am not sure about rest of the population of Karachi, the city I live in, but at least I won’t be comfortable carrying around a phone that costs more than some Pakistanis earn in a whole year.

All I can say is, I hope that bucket-load of money should be enough to make sure that this one doesn’t explode on anyone. (Seriously Samsung, will you give me a discount if I promise to NOT make any more Galaxy Note 7 jokes?)