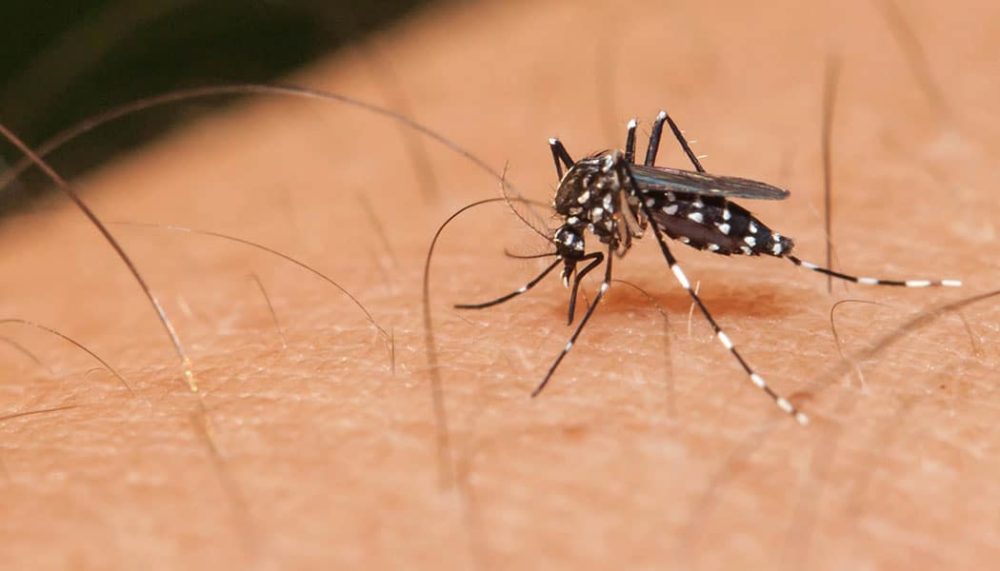 The significant movement of livestock to cities during Eid-ul-Adha coupled with persistent rainfall is exposing new areas of the country to dangerous vector-borne diseases like Congo-Crimean haemorrhagic fever (CCHF) and chikungunya, according to health experts.

Health researchers and infectious disease specialists were addressing a capacity-building session for Sindh-based doctors at Aga Khan University organised by the World Health Organization (WHO) and Directorate of Health Services, Karachi. The event aimed to disseminate the latest knowledge in the diagnosis and management of complicated cases of CCHF, chikungunya, dengue, malaria, naegleria and West Nile virus.

Experts noted that cases of CCHF – a deadly disease – which has been found in animals in Balochistan and Kashmir, are being detected in new areas of the country such as Bahawalpur in Punjab.

“There has been a rising trend of CCHF cases and this is likely to intensify as Eid approaches. The absence of a screening mechanism for cattle and the prevalence of poor hygiene practices by butchers are two of the main reasons for new cases of this deadly disease,” said Professor Bushra Jamil from the department of medicine at Aga Khan University.

Experts stressed that CCHF was a life-threating illness that required immediate treatment. Unique symptoms of CCHF were pointed out such as severe abdominal pain as well as the persistence of fever. While speaking about how to treat cases of CCHF, speakers urged doctors to quickly ascertain the patient’s history of interacting with livestock and to urgently order specialised tests for CCHF.

In the session on chikungunya, experts stated that the country noticed its first-ever outbreak of the mosquito-borne disease in Karachi in December 2016. Over 2,000 people contracted the disease with the majority of cases being reported in Malir and Korangi. Since then, new cases have been reported in Thar with experts adding that heavy rainfall in areas with poor sanitation facilities created an ideal environment for the breeding of mosquitoes carrying the disease.

Speakers noted that patients suffering from chikungunya often came to the hospital with a high fever, a symptom that is often seen with other diseases such as malaria and dengue as well. To identify the disease correctly and to rule out malaria, experts urged doctors to conduct blood culture and routine laboratory tests for every case of fever which requires hospitalisation.

Doctors should then concentrate on treating the effects of chikungunya such as severe joint pain. Mild cases can be treated with painkillers, but if a patient is experiencing incapacitating pain that doesn’t go away with regular analgesics, steroids should be used.

“Many misconceptions are present about chikungunya being a deadly disease. However, most patients make a full recovery. As doctors improve their diagnosis skills we should be able to reduce the health effects of this disease,” Professor Jamil added.

Other sessions at the event saw health experts highlight the need to improve the quality of the country’s water supply to prevent cases of naegleria, a deadly brain infection. Speakers shared simple steps that can be taken at home like adding two tablespoons of chlorine solution to water tanks can avert the onset of naegleria. They also called on water board authorities and local governments to improve systems to pump and chlorinate water.

Dr Nida Siddiqui, a consultant on communicable diseases to the WHO said,

Pakistan is at high risk of disease outbreaks because of a range of factors such as overcrowded cities, unsafe drinking water, inadequate sanitation, poor socioeconomic conditions, low health awareness and inadequate vaccination coverage.

“This two-day capacity building session is the first of three such events to improve the treatment of vector-borne and other emerging infections. Future events will consider how to improve planning mechanisms and how to tackle issues such as the management of organisms and animals that spread diseases.

Sessions under the two-day event are in line with global efforts to achieve targets under goal 3 of the Sustainable Development Goals. Goal 3 calls for special efforts to combat the spread of malaria, water-borne diseases and other communicable illnesses by 2030.