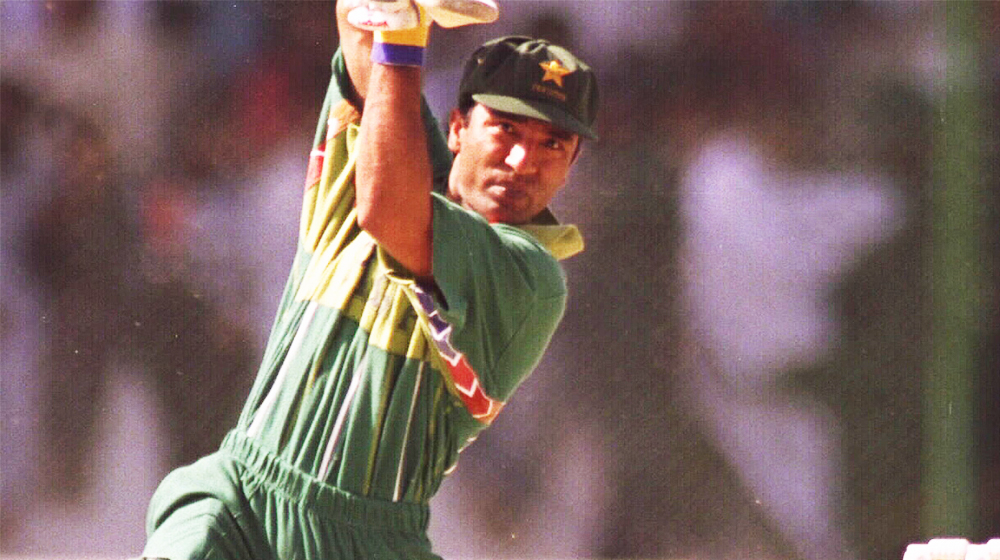 Today marks the day when a Pakistani cricketing legend – Saeed Anwar – was born.

Pakistan neither has nor will have another like the great Saeed Anwar. Acknowledged by several legendary bowlers as one of the most difficult batsmen to bowl to, he was a nightmare for the opposition.

Once he got going there was nothing that could stop him. Perfect placement and wrist-work were his hallmarks along with his glorious drives through the cover region.

He debuted under the leadership of another Pakistani great — Imran Khan. Saeed Anwar made an impression very early on. Featuring in just his third ever Test match, Anwar scored 169-runs which cemented his position in the Pakistani test side.

In contrast to the modern cricketers, Saeed always relied on his natural game; attack the opposition and put them under pressure. His unique talent not only gained him huge success in the one-days but also five-day test cricket.

His Stupendous 194 Runs Against India in an ODI

The stylish left handed batsman had many records to his name including the record of highest individual ODI score against the arch rivals India, which is arguably his most famous knock ever.

Saeed Anwar captained Pakistan in 7 tests and 11 ODIs. He is the seventh-highest run scorer for Pakistan in Test cricket, and scored 11 centuries and 25 half-centuries during his international career. Anwar averaged more than 40 against three of the four nations – South Africa, Australia, New Zealand and England – which have been most difficult for Asian batsmen on the hard bouncing tracks of these countries.

His Fielding was Awesome To Watch

Batting aside, Saeed was also a very agile fielder. He was often utilized in most crucial positions where he lived up to his reputation more often than not. Here are some of the best highlights:

Other Records and Achievements