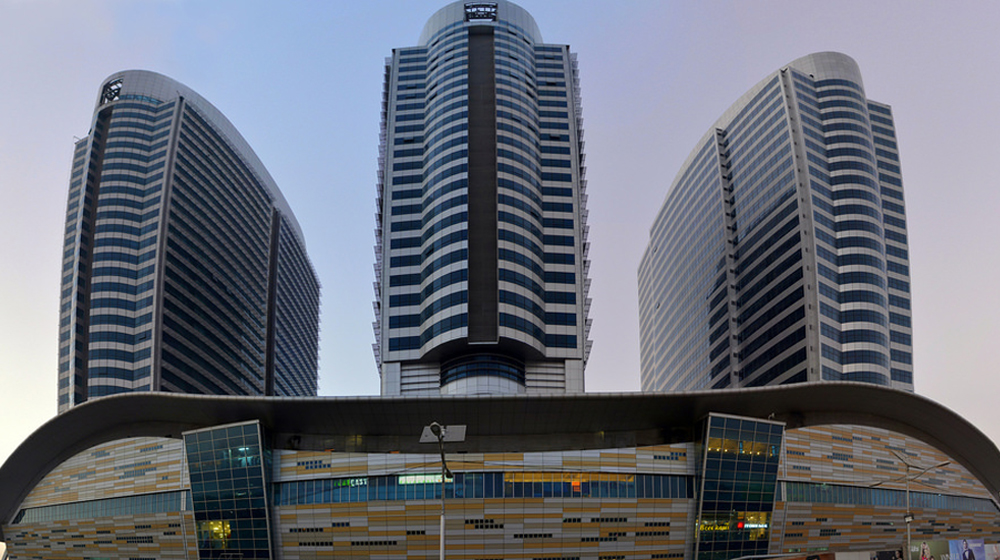 Centaurus Mall is one of the most iconic shopping and entertainment centres in Islamabad. Located at a prime location, thousands of people visit the mall everyday. However, this Eid teh mall’s management did something that must have irritated and shocked many people.

Any person (man or boy) who wasn’t accompanied by his family was charged a hefty entry fee. The administration at the mall decided to increase the entry fee for men who were looking to have a good time or simply wanted to browse the shops for something useful this Eid.

The entry fee was not only non-refundable but also non-adjustable.

Previously, the entry coupon cost Rs. 300 (which was already pretty high and irritating) but was adjustable against anything one bought from any of the shops in the mall.

To control the increasing numbers of men who loiter around Centaurus Mall, their administration decided to introduce a Rs. 300 coupon for single men entering the mall. This move was widely criticized by many over social media and then the furor over it died down with time.

This Eid-ul-Azha however, the issue of the entry coupon resurfaced, as the Centaurus Mall administration hiked the amount to be paid by unaccompanied males to an outrageous  Rs. 500.

An appalling twist to this new increment was that it was not only compulsory to buy but it was also completely non-refundable and non-adjustable. 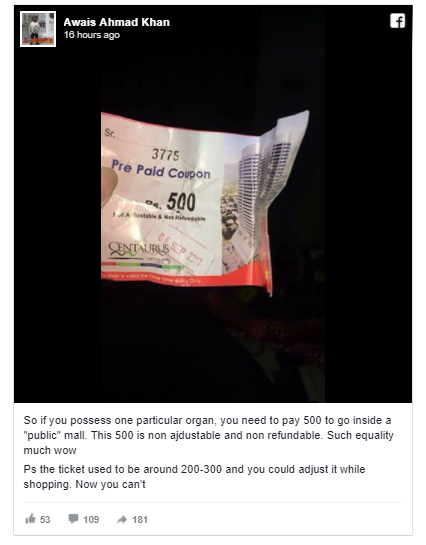 About the Entry Fee

According to the mall authorities, their previous strategy of imposing a Rs. 300 coupon was not effective enough in preventing men from disturbing the family-oriented atmosphere at the mall.

This Rs300 coupon, although a compulsion, was completely refundable given that you could use it at some shopping or food outlet in the mall. Later on, only Rs 250 could be refunded, so that all men, singularly or in a group had to pay Rs50 in order to enter the vicinity of the Centaurus Mall.

On August 31st, the Mall’s authorities decided to take a bold step towards curbing the entry of rowdy boys by introducing a non-refundable Rs. 500 coupon.

It should be mentioned that the Rs. 500 coupon measure was for 7 days. It came into effect on 31st August and is expiring today.

An Act Of Discrimination

The scheme, which had been implemented after complaints about the behavior of men frequenting the mall, has received a backlash over social media. People are complaining about the undue charge and the added hassle for everyone.

Throughout the world, shopping malls get buyers from everywhere and there aren’t any examples where the management starts charging entry fees. Even when there are any issues, mall management and staff handles the situation themselves rather than irritating every visitor who comes to the place.

What do you think of this move? Is it fair or discriminatory? Sound off in the comments below!