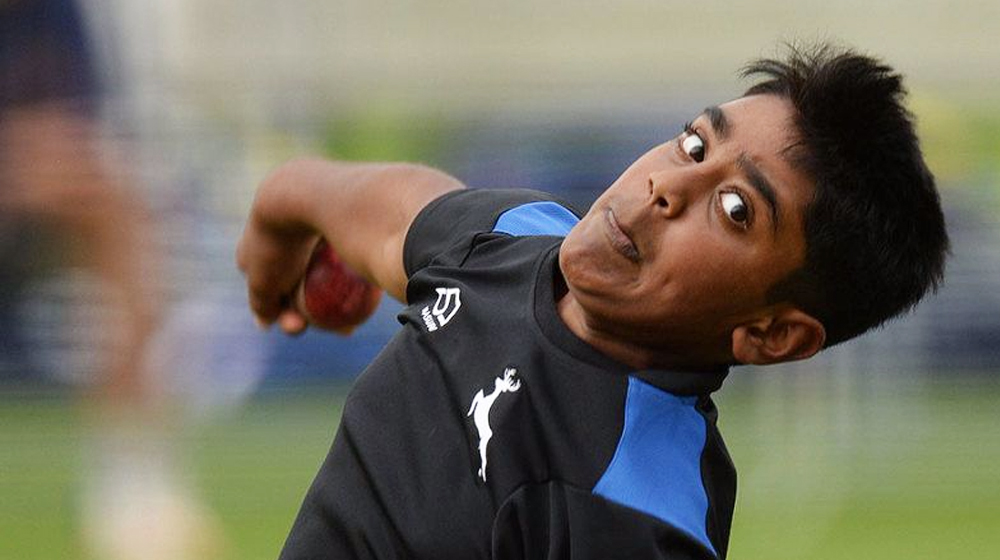 For a while there were rumors about a young legspinner who had a very impressive game. It wasn’t Mason Crane who the talks were about. It was about an even younger legspinner name Rehan Ahmed who is just 13 but has some real skills in his arsenal.

This was his second year in a row that he was invited to MCC to bowl as the teams prepared for the Lord’s Tests.

How Was Rehan Discovered?

Rehan was just 8 years old when his father, Naeem, took him to the open trials of the club. He was then drafted in the under-10 team. This year the coaches thought that he was ready to play from the under 17 team. Rehan has two brothers. One is a decent seamer while other is an off spinner.

He showed remarkable bowling last year too and succeeded in dismissing Ben Stokes. At that point, MCC felt that he was a bit too young to be brought into the lime light as the media attention would have been unhelpful.

This year he was back with a bang and gave a hard time to many of the batsmen in the nets. He can even bat and made an unbeaten score of 150 in a county match and a drive back over Jason holder’s head in the nets.

He is an exceptional, precocious talent,” Steve Kirby, the head coach of MCC.

Nottinghamshire are doing a great job with him at present. We all just want to allow him to play and flourish. We don’t want to do anything to crush the wonderful enthusiasm he has at the moment.

Why is he here? Well, we thought he would enjoy bowling at the England and West Indies players. But more importantly, it’s all part of our attempts to build relationships with the south Asian communities. Hopefully seeing Rehan’s success will inspire other boys and girls to follow in his footsteps.

In an interview Naeem told, “Mushtaq Ahmed was just walking past the nets last summer and, when he saw Rehan bowl, he stopped in his tracks. He came back to watch and was obviously very impressed.”

Naeem further told that he advised Rehan to play from his heart and not pay much attention to what coaches had to say.

“There is a perception that we over-coach in England,” Gemaal Hussain, the former Gloucestershire and Somerset seamer who is now working as an MCC scout, agreed. “These boys have learned the game in their garden. They have a natural talent that is born of playing the game they love with fun and freedom.”