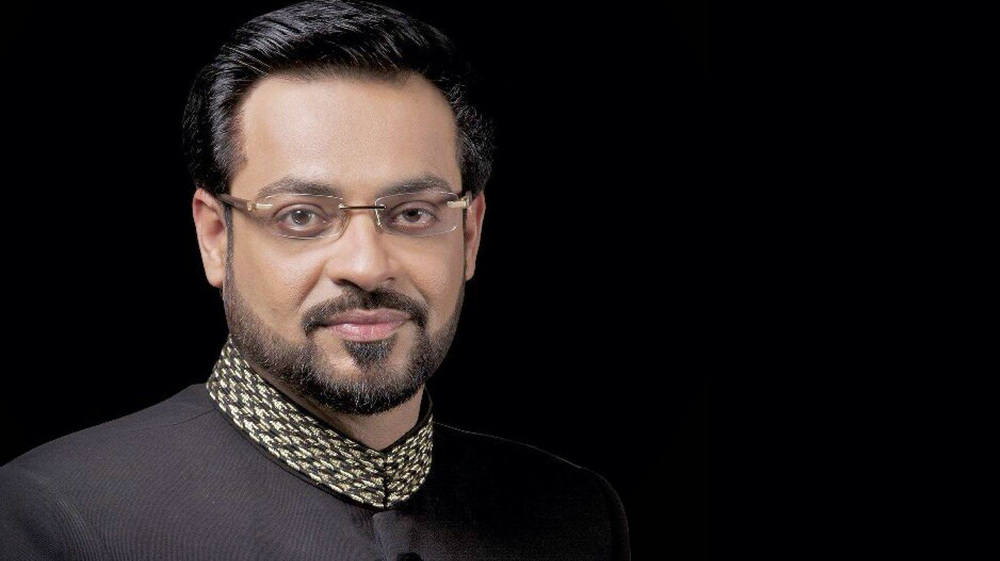 The renowned Pakistani anchorperson stormed into the headlines yet again when he was detained at Yangon airport on Saturday after he had landed in Myanmar (Burma) to help the oppressed Rohingya Muslims.

The anchor person had boarded the Yangon-bound flight from Bangkok, Thailand to cover the tyranny faced by the Rohingya Muslims in Myanmar.

Amir Liaquat’s official twitter handle posted the video he and Waqar Zaka spoke about their journey. They were ready to board their flight to Myanmar where they had to find a way to reach the crisis-hit areas.

Previously, the duo had planned their visit publicly on Twitter.

However, it didn’t end well for the renowned host as he was detained by the authorities at Yangon airport for unknown reasons. Reports said that he might be deported back to Bangkok.

Yesterday, Amir Liaquat tweeted that he was detained for more than 6 hours by the immigration authorities at the Yangon airport. However, he was deported back along with Waqar Zaka. Last night, Bol News reported that Amir Liaquat has returned back to Pakistan safely.

The former politician also shared a brief footage of his arrest at the airport.

That was the moment when they detained us illegally. #MyanmarGenocide pic.twitter.com/te4Du1sJ4k

Faisal Aziz Khan, the Chief News Officer at Bol TV told a news agency that he was on an official visit to cover the plight on Rohingya Muslims. This has also cleared the ambiguity regarding Amir Liaquat’s relations with the TV channel, making it clear that the channel and the anchorperson are on the same page.

The channel has also aired the reason why Amir Liaquat was arrested and then deported from Myanmar. You can watch the short video below: