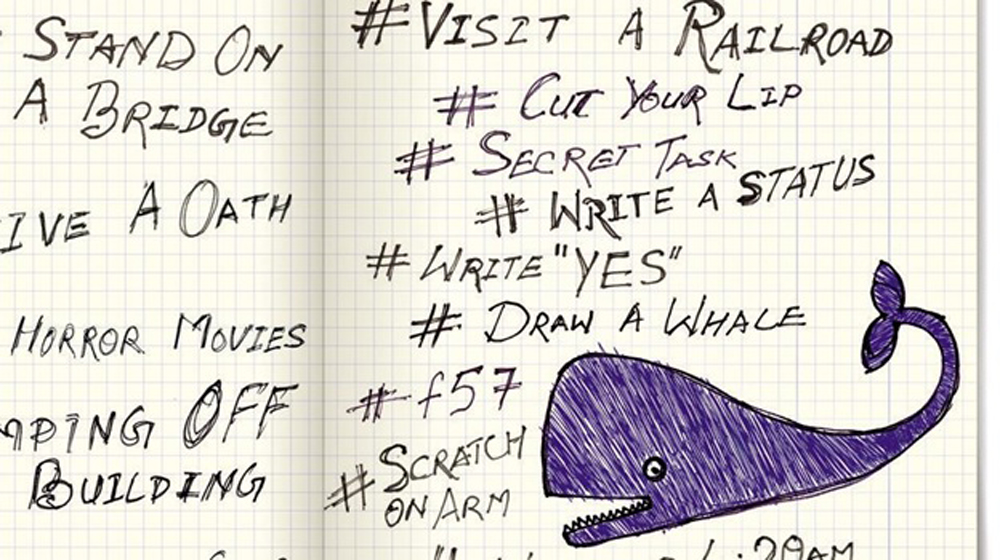 The infamous Blue Whale game that has been driving people towards self-harm and suicide worldwide, is now gaining notoriety in Pakistan.

Recently two more people from Peshawar started playing the game. Fortunately, they were stopped as the game objectives became worse.

Dr. Imran Khan from Peshawar’s Khyber Teaching Hospital (KTH) was contacted by two men from Mardan that played the game. The two men, aged 19 and 21 years old respectively, got in touch with the doctor as they suffered from depression after playing the Blue Whale game.

The two men started playing the game a few days ago. However, as the challenges got progressively weird and bizarre they stopped midway and sought medical attention.

Dr. Imran didn’t reveal their names in order to safeguard his patients’ privacy. However he shared that one of the patients was an IT expert who was trying to ascertain whether the game was actually life threatening or not.

About The Blue Whale Challenge

Blue Whale Challenge game surfaced after reports of more than 130 teenagers in Russia who were being asked to commit suicide. Blue whales knowingly commit suicide by beaching themselves, which led the game’s creators calling it the Blue Whale challenge.

The participants are told to complete a series of tasks over the course of 50 days by closed social media groups or game curators. In the beginning, the challenges are simple and easy to finish, like being asked to not talk to anyone for a day or to go outside at 3 am. As mentioned earlier the tasks get increasingly bizarre, telling players to self harm (carve a whale into their arm for example) or worse.

On the 50th day they’re asked to commit suicide.

Dr. Imran says that most people that start playing the game have a history of mental illnesses. He adds,

People start suffering from depression because game moderators warn the players that if they don’t complete the assigned tasks, their families would be harmed,

People are often afraid that the moderators have access to their cell phone data and can use it for illegal purposes.

Another case of a Blue Whale victim was also reported at the KTH where a 16 year old girl got to the last challenge but stopped. Dr. Azaz Jamal from KTH’s psychiatric ward says that she was a regular computer user and a techie.

She was warned by the moderator that if she didn’t kill herself, she would be killed instead.

The doctors have advised that you should avoid starting the challenge just for fun and not follow any suspicious links on shady websites. He also asked the parents to keep an eye on their children especially if they spend a lot of time on computers on mobile phones.

According to an IT expert, the game is available for download on Apple and Google App stores. Links to the game are being shared on WhatsApp groups, which makes it progressively harder to block the game. If you click on them the game is downloaded on your phone and the game admins hack into your smartphone through it.