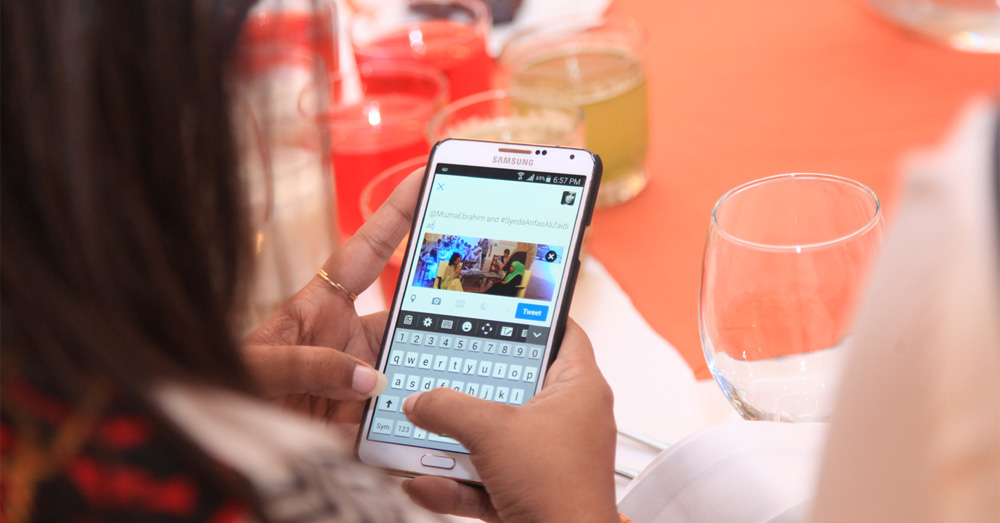 But if you ask me, the term is defined and mainly used to equip users with Smartphones with always-on wireless broadband internet, i.e. mobile data.

This definition of Digitalization is in line with operator’s ultimate goal of selling more data bundles and hence the revenues.

Pakistani operators adopt different strategies to achieve their own type of Digitalization. For example they have introduced inexpensive data bundles, music streaming services, live TV apps, helping startups, delivering fancy speeches on digitalization and so on.

The otherwise implication of Digitalization in Pakistan isn’t on par when compared with regional or global markets. For example we still carry cash to buy groceries, we pay tuition fee in banks while standing in queues, we call helplines to seek after-sale support (electricity, telecom companies, banks etc.), we still get doctor appointments on phone or medicine prescriptions on hard paper.

Then there are the large majority of Pakistanis who still pay utility bills in cash, book taxis while standing on roads, who don’t have bank accounts at all and so on.

This situation, while its getting better (reference: Careem, branchless banking), is way too slow, and if you allow me to be open with you: This slow digitalization will be do more harm than no digitalization at all.

While many may argue that we are getting there, digitalization is on our minds and that things are being done and it’s all good. I will respectfully disagree.

The current pace and type of digitalization will hamper our national economy more. It has to be done right and quick in order to reap the results, or it will actually start killing us.

The best example is Careem/Uber.

While these are amazing services, and hundreds of thousands of people are getting benefits, the services are introduced in an ecosystem which is not fully digitalized. The outcome is thousands of families (of Taxi walas) without any income.

Our current (half baked) digitalization is not prepared to deal with equipping those old taxi drivers with alternate means to cope with the situation when they are left with no option but to sit back at home without any income at all.

Similarly, think of retail outlets of mobile phone companies, that top-up mobile accounts across the country. With branchless banking and online banking solutions now available, if adopted by masses to top up their mobile accounts through bank accounts or through mobile financial services, all such stores will go out of business.

We need to plan for such individuals who might go out of business due to our digitalization attempts. The only way is to equip them with even better and improvised ways of making their livings.

It’s similar to thinking about solving the impending automation scenario predicted by so many experts. Yes, humans will lose jobs but the increase in productivity should mean more meaningful work for everyone rather than putting them out of work completely. To achieve the optimum, we need to plan it rightly.

Another good example is Telecom sector itself.

Telecom companies, with not proper digitalized ecosystem, are going to lose revenues instead of increasing them. It won’t be entirely inappropriate to say that the very “digitalization” the telecom companies are spreading now is going to kill their businesses, if not done rightly.

If we look at current trends, the major use of internet — for masses — is Whatsapp, Facebook and YouTube.

Some of us use Careem/Uber, but number is not more than a million — out of total 40 million 3G, 4G users.

What this means is that a lot of people are consuming data services to use just the Whatsapp and Facebook. As a result, customers don’t use regular voice or SMS services. This effectively means that those inexpensive data bundles are also slashing the call and SMS revenues of mobile phone companies.

This indicates that unless data services are more important to customers, such as if data is used for more essential and life-critical tasks, then customers will not only pay premium for data services but will be more dependent on them as compared to using just Whatsapp or Facebooking.

Getting back to the point of half baked digitalization, if the entire ecosystem is planned better for rapid and quick digitalization, telecom companies could be actually selling more data to users with better than before ARPUs.

Solution is a multi-layered national digital policy that should have everyone on-board. Government, private sector, telecom companies, banks, startups, retail sector and everyone else should working for a single agenda.

Everyone should work together to bring our daily tasks online. From banking to medical check-ups, from submitting our tax returns to paying challan fee, from selling our services/products to booking appointment with saloon, from buying cinema tickets to ordering our wedding invitation cards; from groceries to calling WAPDA guys; everything should be online.

If this happens, we will not only use the internet data more effectively, but this will actually help our economy grow multiple folds. This is what we should aim for and this is what we need to do right away.

Just for a comparison, China did exactly this in becoming what it has become today. It digitalized its economy, streamlined the processes and then let everyone produce something (from their homes) and sell them to global markets. As a result, they have trillions of dollars in exports and every single individual is contributing towards national economy.

Good thing is that we don’t have to invent anything. This entire model has been perfected by many countries, both in east and west. We just need to replicate the model while incorporating our local needs and get it up and running within no time.

But then, we have to do this in a very correct manner. I propose that domain experts — from government, private, academia, industry, and everywhere else — sit together to chalk out a fail-proof plan.

But we need to do it right away.