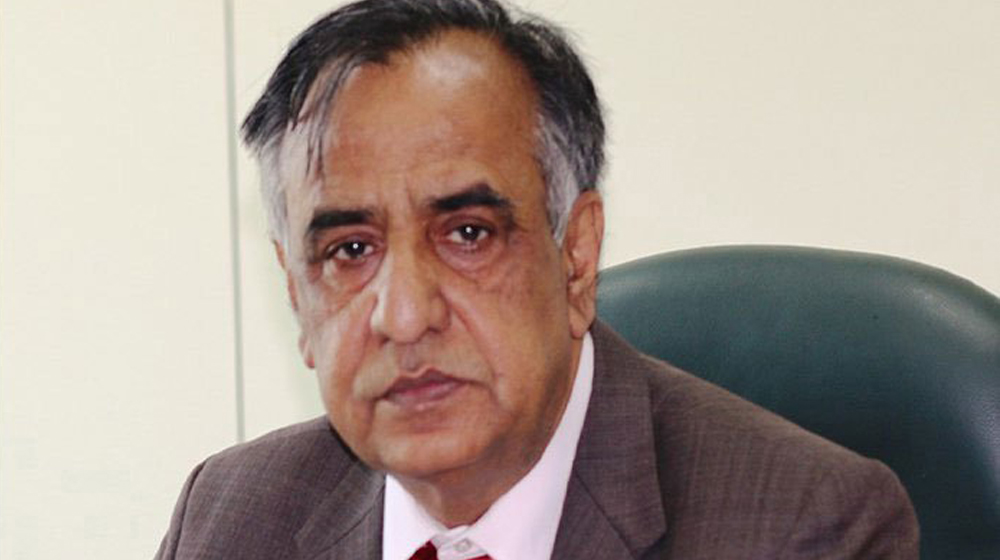 The special judge central’s court has ordered that the former chairman of Securities and Exchange Commission of Pakistan (SECP), Zafar Hijazi, will be indicted on October 4 in a record tampering case.

In the hearing, the former chairman was provided copies of the challan. The court then adjourned the case to October 4, summoning Hijazi for the hearing.

An FIA inquiry team had found Hijazi guilty of tampering the records of companies owned by the Sharif family. The team had submitted a 28-page inquiry report to the Supreme Court on July 9, where it had endorsed the stance of the JIT probing the offshore assets of Prime Minister Nawaz Sharif and his family in connection with the Panama case.

Hijazi’s lawyer, however, had argued in court that SECP staffers did not tamper records of Chaudhry Sugar Mills under duress. Both the SECP officers named in the case had acted on their own, said the lawyer.

“SECP officials were told to record statement and given an assurance they would be taken out of it,” he said, while speaking to a local media outlet.

The provincial minister claimed that SECP officials were asked to put the blame on Hijazi, adding the SECP chief has video clip of these subordinates.

Hijazi was arrested by the Federal Investigation Agency (FIA) after Special Judge Central Tahir Mehmood’s cancelled his bail in July.

A lower court on July 17 had granted a five-day pre-arrest bail to Hijazi against two surety bonds, worth Rs. 250,000 each, after Hijazi filed for a pre-arrest bail as per Section 498 of the Criminal Procedure Code of Pakistan, citing medical grounds as the basis for the request.