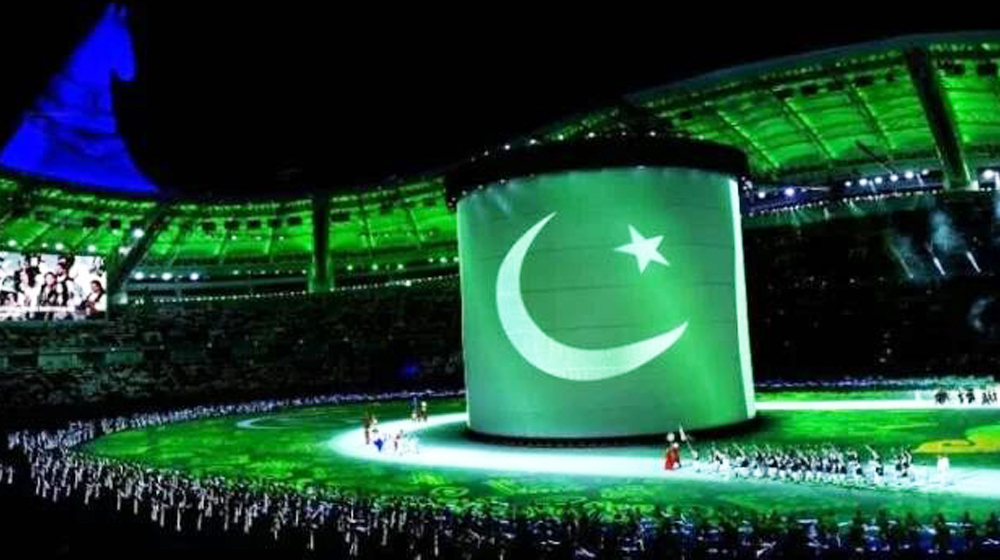 After a stupendous opening day of the 5th Asian Indoor and Martial Arts Games, Pakistan maintained a good run for the rest of the tournament.

Pakistan ended their journey at the event with a total of 21 medals, which included 2 Gold medals, 3 Silver medals and 16 Bronze medals.

The tournament was majorly dominated by Turkmenistan, who won 245 medals, 89 of which were gold medals. Following Turkmenistan at the top were China and Iran with 97 (42 gold) and 118 (36 gold) medals respectively.

Following a remarkably poor wrestling display, Pakistan made quite an impression when Rafiq Siddiq and Shahzeb Nawaz Janjua won the gold medal for their country in the ju-jitsu’s men duo.

The other gold medal was registered by the 4x400m relay team pictured below: 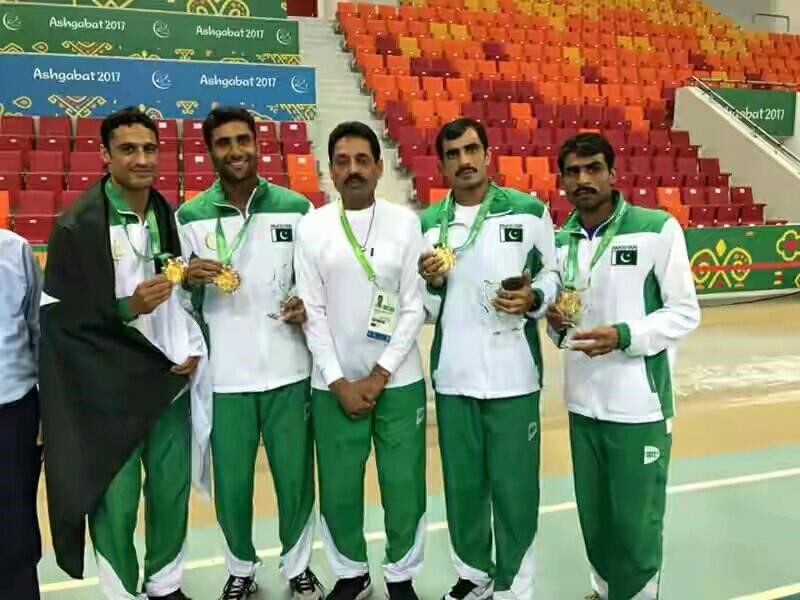 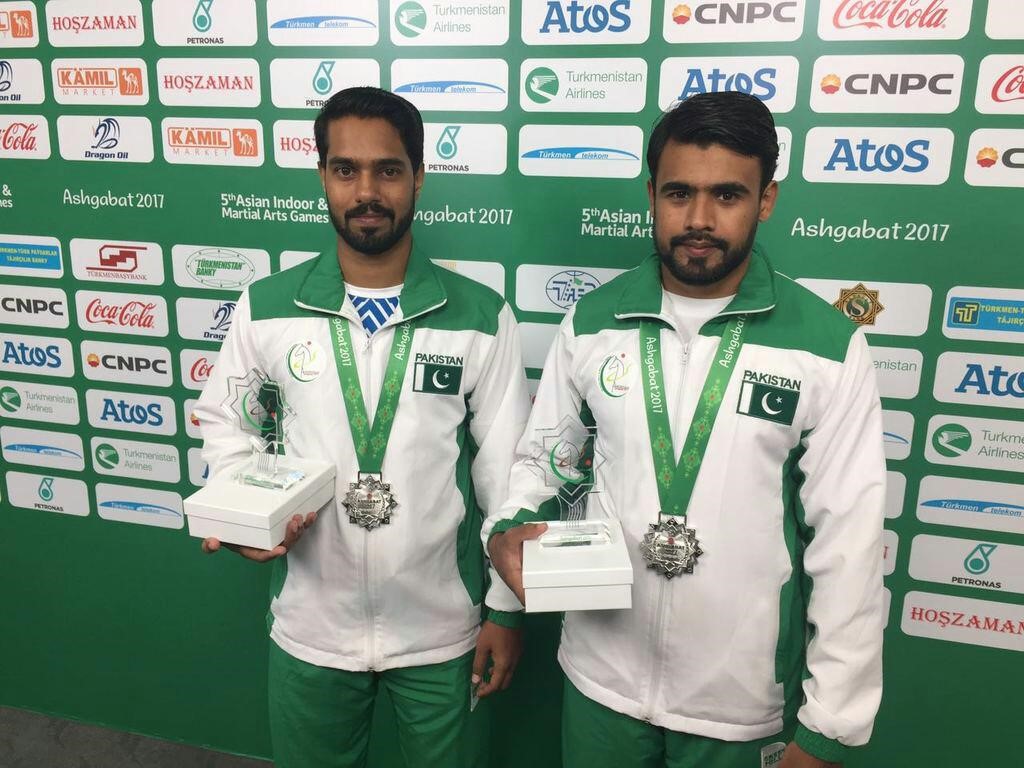 Pakistan fetched a total of eight bronze medals in belt wrestling with two medals from Abreen Masih and Beenish Khan each. While a total of four medals were grabbed during ju-jitsu.

Ambreen Masih also won a bronze medal in women freestyle wrestling, winning a total of three bronze medals for herself at the event. 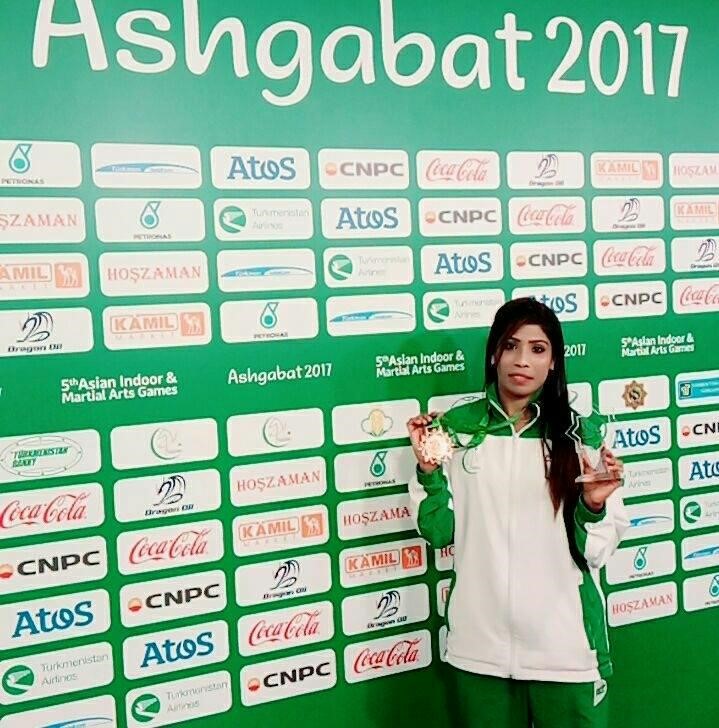 Pakistan made a good debut in kick boxing and Maaz Khan — Dhaka South Asian Games gold medalist — won a bronze at the event.

Muhammad Sajjad clinched a bronze in 6-Red men’s singles snooker competitions. He was beaten by Yan Bingtao of China 5-3 in the semi-finals last week. 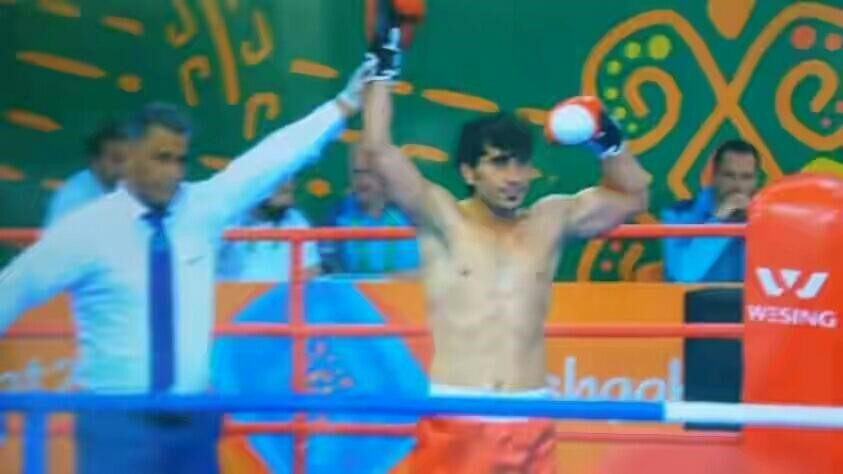