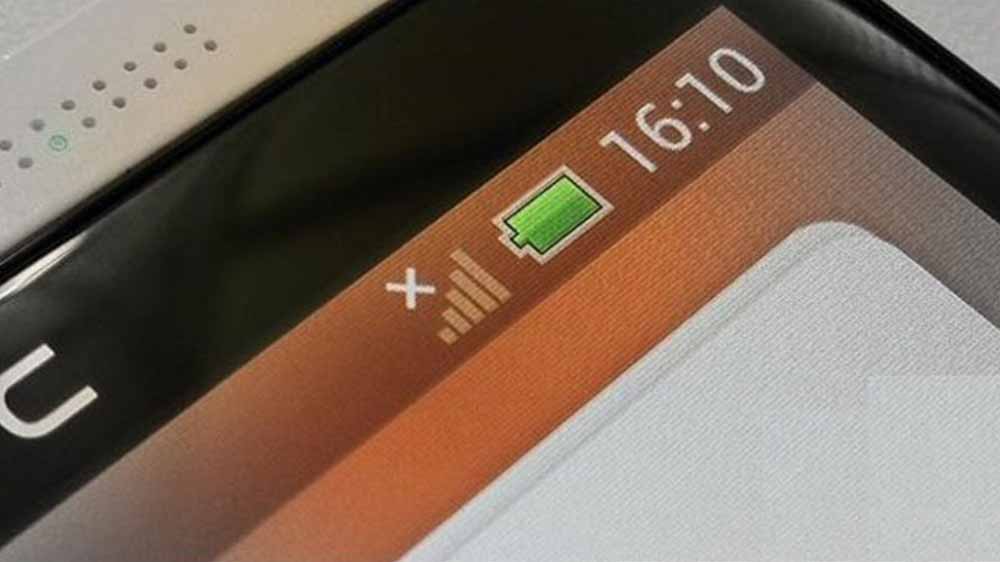 As part of the security arrangements for Ashura, the government ordered telecoms companies to suspend their services in major Pakistani cities.

The move has been taken to ensure that the religious processions in various cities are concluded peacefully.

In Karachi, cellular services were shut off at 10am today. All roads and streets linked to MA Jinnah Road were also blocked with shipping containers, with a heavy contingent of police and paramilitary troops deployed in order to safeguard the route of the main procession.

Pillion riding has also been banned in the city.

Sources say that the cellphone signals will remain suspended during the 8th, 9th and 10th Muharram at specified times. Sindh government, in a letter, asked for a ban to be enforced from 10am to 10pm on Friday.

Sources have also mentioned that certain districts in Punjab such as Talagang are also seeing a disruption in cell phone signals. Khairpur in Sindh is also similarly affected.

However, an official from the Punjab government has said that no decision to block mobile signals has been taken so far along the procession routes. He further said that law enforcement authorities are continuing to evaluate the situation and nothing can be ruled out in the meantime.

Educational institutions in many cities such as Peshawar, Karachi, Quetta are also closed.

Update: According to the notification, mobile phone service has been suspended in at least eight cities of Sindh including Karachi, Hyderabad, Shaheed Benazirabad, Khairpur, Sukkur, Larkana, Shikarpur and Jacobabad from 8th to 10th of Moharram.

Other cities where mobile phones have been silenced include Bahawalnagar, Faisalabad, Quetta, and Gilgit-Baltistan. 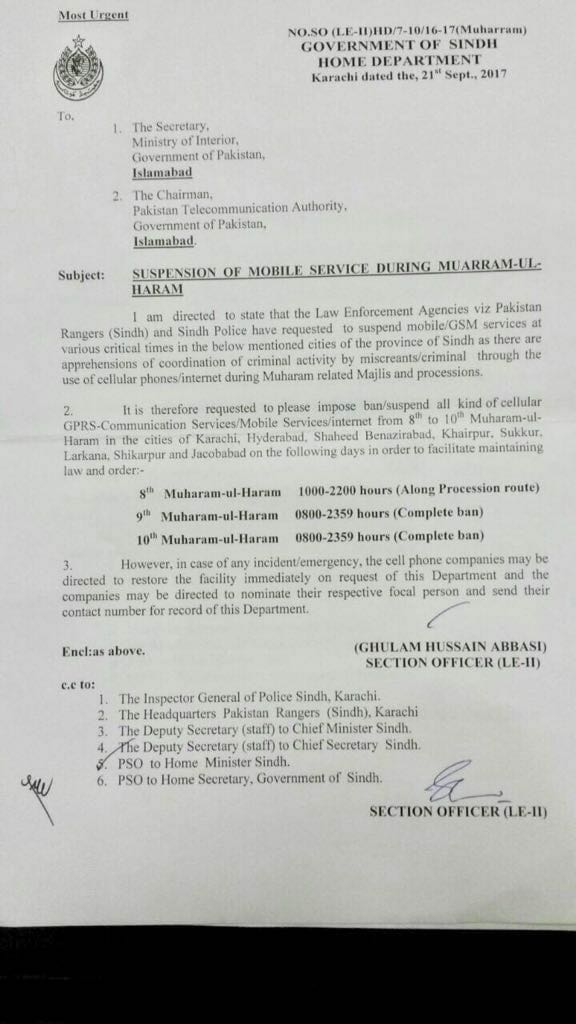