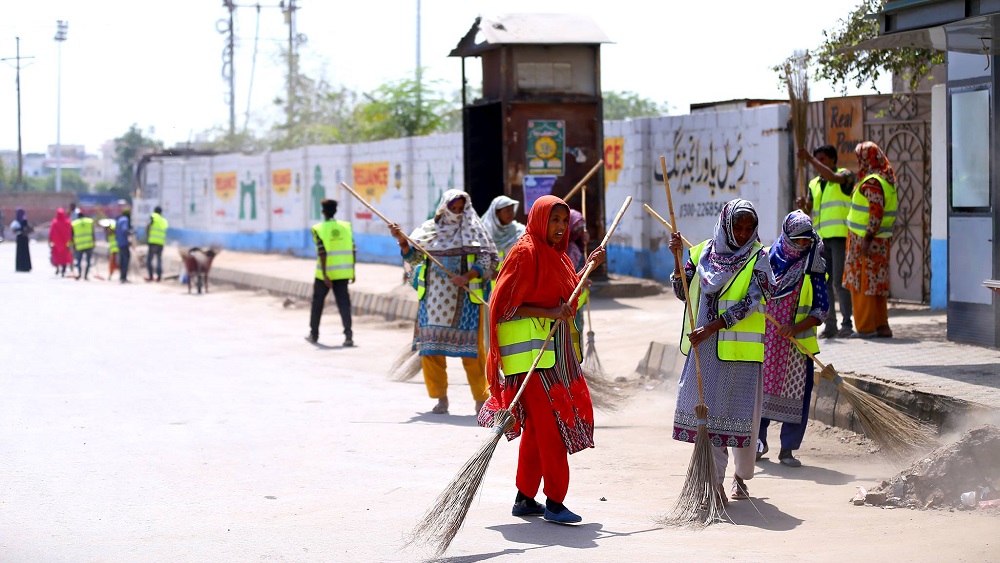 An MOU was recently signed between Bahria Town and Mayor Karachi Waseem Akhtar. With it, the “Clean Karachi” campaign has been launched yet again.

Karachi is Pakistan’s largest and most populated city. This city is the kernel of monumental trade, businesses and industrial activity. Thanks to the huge population and weak city administration, it has become the dirtiest city in the country, producing about 12,000 tonnes of trash everyday out of which only 47% is cleared. The remaining filth finds its way onto the streets, canals and empty lots.

Admiral Hayat, told the media that the campaign is a policy of Bahria town to make Pakistan a better place. He further added that Bahria town has pitched in its resources, teams and equipments for this drive.

Having a team of a thousand personnel, Bahria town will make use of heavy machinery including dumper, loader, excavators, bobcats, tractors and trolley.

Mayor Karachi thanked Bahria town for its contributions to the city. He advocated other megacorps to follow Bahria Town’s footsteps.

Chairman of Bahria town has also vowed to contribute Rs. 10 billion to cleanse and revamp the business hub of the country. And to top it off, he also offered a helping-hand to the city government to provide financial and technical support for hospitals and schools in the city.

The initial phase of the campaign will begin from the Karachi Central District and aims to clean the entire city in four phases by next month.

Previously, the drill was conducted in 3 phases in March this year, which was an 18 day long, ceaseless campaign to clean the entire Central District of Karachi. The central district includes the areas of Nazimabad, Buffer Zone, Gulberg, Karimabad, Haideri and Faisal town alongside other areas.

More than 100,000 tonnes of trash was cleared and disposed off at the government administered site of Jam Chakro. During the first phase, all garbage dumping areas were emptied. For phase 2, the streets were cleaned. And lastly, in phase 3, the roads were marked and the pavements were repaired.

Back in April this year, a similar drive was carried out in Nawabshah.