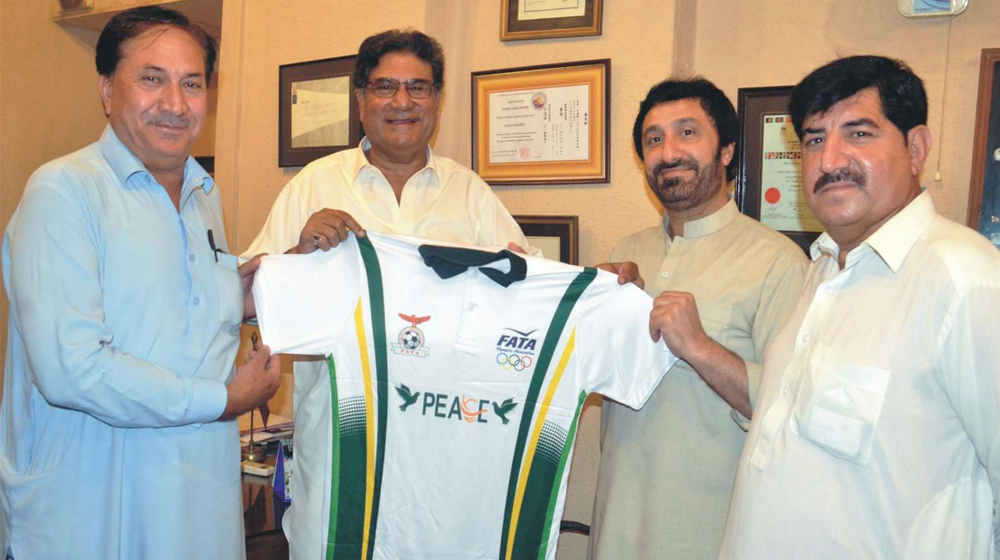 After cricket and hockey, Pakistan will now have its very own football league as well. The first Pakistani league — FATA Football Super League (FFSL) — will be held in the FATA region.

We can safely say that peace is returning back to our tribal areas. The league is organized by Shahid Khan Shinwari, who is a former football player. He is also the President FATA Olympic Association and President FATA Football Association

“FFSL is the first football league in the country. There is a craze for football in this country and we believe that we can organize it and give a chance to the people of FATA to show their talent.” said Shinwari in a press conference.

A total of 12 teams will be participating in the league which is all set to be started on October 11th. The event is sponsored by the Japanese Tire producing giant “Bridgestone”. They will also be providing kits to the teams.

Shinwari added that four international players, including two from Indonesia and 2 from Malaysia, will be participating in the league.

Teams Participating In the Event:

Half A Million Prize

The winning team will get a prize of Rs.0.5 million while the runner-up team would get Rs.0.3 million.

Best player, top scorer and the best goalkeeper of the tournament will receive Rs. 25000 each. Some of the league’s matches will also be played in North Waziristan and Bajaur Agency.

“Through this league, we want to promote the soft image of Pakistan and FATA” Shinwari added.

The leisure league, played earlier this year, brought some big names like Ronaldinho and Ryan Gigs. It caught the attention of many sponsors, however, the FFSL is not as lucky in that regard and has only one major sponsor.

Sports to Bring Back Peace

Recently, a cricket match was played between Pakistan and UK Media XI in the FATA region. Apart from that, a national football tournament is also being played in FATA.

All these measures are being taken in order to restore peace in the tribal areas and portray a positive image of Pakistan to the world.