After the bearish opening on Monday, investors at the Pakistan Stock Exchange (PSX) took yet another blow on their portfolios today.

Uncertainty roamed among investors after an Islamabad-based accountability court set October 13 as the date of indictment for former prime minister Nawaz Sharif, his daughter and son-in-law.

The free-fall started from the start of the day with stocks continuously trading in the red zone. Political noise blown up out of proportion was the major reason for the decline at PSX where the benchmark KSE 100 faced another bearish session. 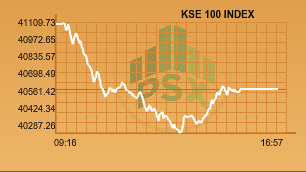 The experts showed concerns of potential delays/slippages in remedial measures to address growing external account weakness, due to current political environment and change in guard in the economic management team as major alarming factors.

Pakistan’s weaker macroeconomic discipline has led to vulnerabilities in the balance of payments. Since the IMF programme came to an end, external indicators of the economy have deteriorated, says ‘The South Asia Economic Focus Fall 2017’, released on Sunday ahead of the World Bank and IMF annual meetings.

This Monday, Ministry of Finance announced that the fiscal deficit of the July-September quarter this year has fallen to 0.9% of the GDP (Rs 324 billion)– this is lower than 1.3% fiscal deficit of previous year’s same quarter.

KEL was the most traded share today with the turnover of 76.71 million shares today. A new tariff was announced by Nepra. The new tariff will stay in effect for a seven-year term from July 2016 to 2023. The cut in tariff was a negative for KEL, impartial for purchasers and positive for the administration.

All share index had a traded volume of just 184 million shares. Overall, stocks of 367 companies were traded on the exchange, of which 73 gained in value, 273 declined and 21 remained unchanged. In KSE 100, 106 million shares were traded with a net worth of just Rs. 4.95 billion. 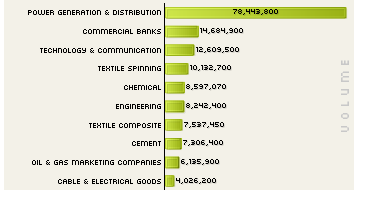 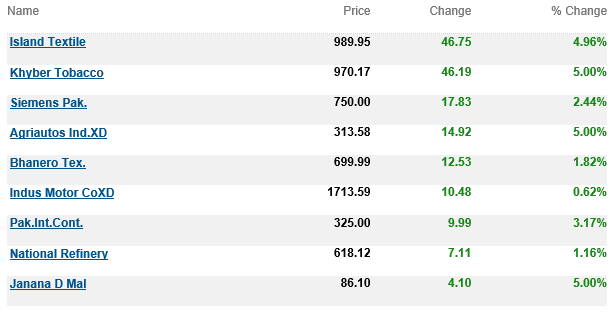 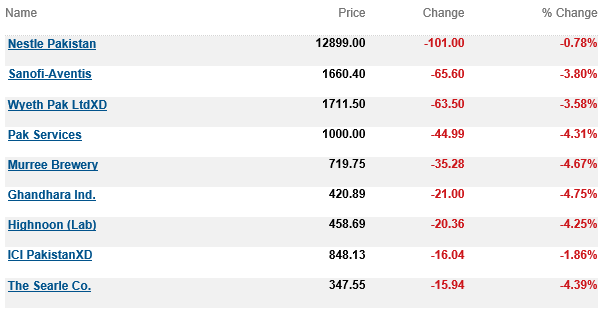 Prices for oil witnessed a steep loss last week, as news agencies reported a drop in compliance from OPEC members towards agreed upon cuts. The prices fell 3.3 percent during last week, the sharpest weekly fall in the last four months.

Oil prices were steady on Tuesday as the OEPC Secretary General said that the market is rebalancing after a four year glut that has taken wind away from the sails of Oil Markets.

The US oil production on Gulf Coast has declined by nearly 80% in the wake of Storm Nate, as refineries shutdown operations to avoid any mishaps. The Storm is expected to hit ground in the next few days.