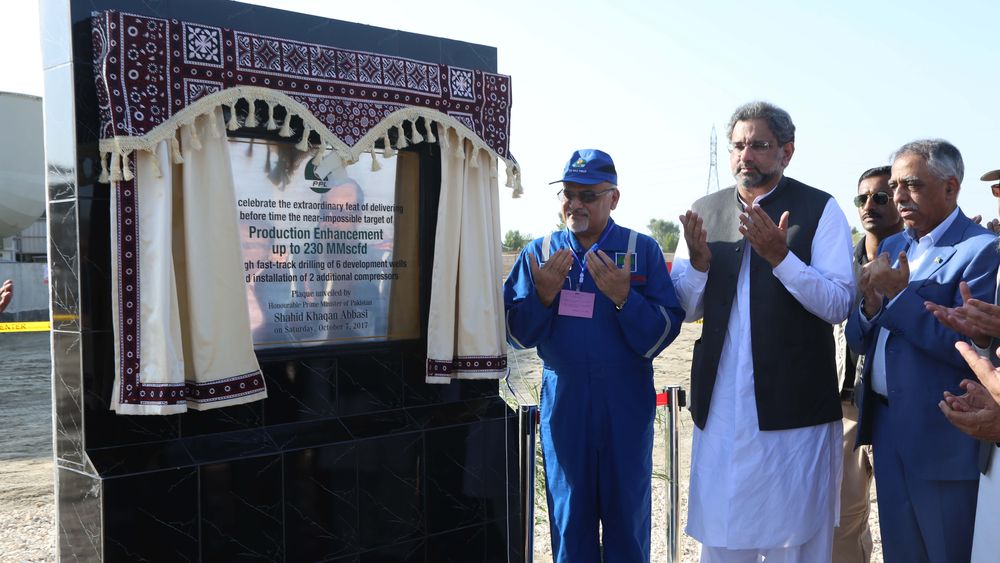 Kandhkot Gas Field, one of the oldest gas fields in Pakistan, has achieved a milestone reaching gas production capacity of 230MMscfd recently. It is set to ramp up its production further to a record level of 250 MMscfd.

The target of gas production was achieved ahead of time. The record production enhancement within tight deadlines was made possible due to the company’s consistent efforts to tap optimal potential of Kandhkot. It has committed to the government last year it would provide additional gas for power generation through fast-track drilling in a challenging environment. Two compressor units and debottlenecking of production facilities were added to the system.

Kandhkot Gas Field was discovered shortly after Sui Gas Field in 1959, however, its production did not begin until 1983 due to low gas demand.  In order to meet contractual delivery demand for gas sale, development wells are being drilled in the field.

To this end, six development wells were drilled in record time of 9 months with multi-rig operation, successfully finding sweet spots in a mature field and enhancing field capacity by 90 MMscfd gas which can be delivered to national grid. An additional three development wells are planned to be drilled this year to sustain the production plateau.

Minister of State for Petroleum Division, Ministry of Energy Jam Kamal Khan, Governor Sindh Muhammad Zubair and other provincial and local government officials, area notables, media personnel as well as company directors and staff were present on the occasion.

In his welcome address, MD and CEO Syed Wamiq Bokhari, highlighted the company’s aggressive exploration and production program with a focus on remarkable production enhancement from Kandhkot.

He also shared PPL’s recent achievements, including net production crossing the 1 Bcfpde mark along with a record drilling of 25 wells in operated areas during 2016-17, an all-time high for the company.

Pakistan Petroleum (PPL) has enhanced the production of gas by 8 percent to 1 billion cubic foot daily (BCFD) in current fiscal year. Before this, gas output was declining with an average of 5 percent yearly.

PM Abbasi lauded PPL’s efforts to support the government’s resolve to bridge the demand-supply gap by ramping up production, particularly from its mature fields like Kandhkot.