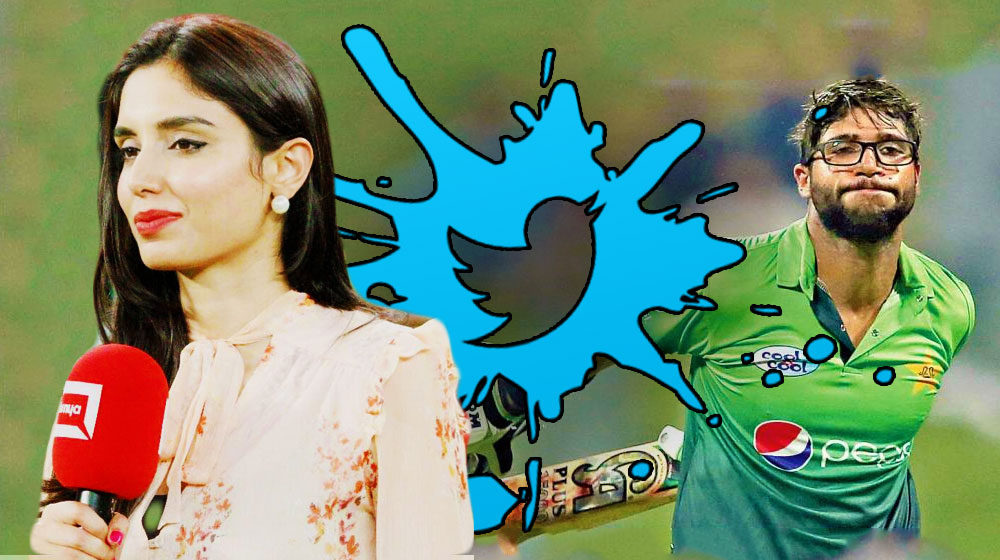 The young left-handed opening batsman, Imam ul Haq proved his mettle in the top order by scoring a magnificent century on debut, becoming only the second Pakistani to do so.

There were talks of him being selected in the team due to his relationship with the Chief Selector since he is the nephew of Inzamam ul Haq.

Social media keeps an eye on such controversies and when sports journalist Zainab Abbas pointed out his family ties with the chief selector of Pakistan, it led to a never-ending debate at the microblogging platform.

She tweeted about Imam’s debut match referring to him as ‘Inzamam-ul-Haq’s nephew‘.

There were enough people in favour of Imam and it backfired pretty quickly for Zainab.

Relation with selector should not be a disqualification , fair chance should be given

His class and talent was on display in the first match, for sure!

Those who follow cricket pointed out his journey to the international cricket.

He has his own identity and people reminded her of that.

And what a way to start an international career!

And what a debut !!! Hes proved the critics wrong big time!!! #ImamulHaq

She didn’t think she would be regretting her tweet after the match!

And it took one innings to change the perspective of people about his selection.

Ab Imam ul Haq ka gana gao you hypocrites. I told you that he is a good player. Who cares about selection criteria as long as u pick ry8 one

He has definitely got everyone talking and if the speedster Shoaib says something about him, he must be special.

What a dream debut for Imam-ul-Haq . I really hope he gets to his maiden 100 on his debut..

Former cricketers are all praise for the talented youngster.

There was a Massive pressure ….
well played Imam 👏🏻👏🏻 #PakVSL

It may be too early to say, but another ‘Ul-Haq’ in the making.

It must be tough for Ahmed Shahzad though!

Cricket analysts praised the chief selector for his genius moves.

Scoring a hundred on debut is a remarkable feat for a young cricketer. He is the third youngest player to score a ton on debut.

Imam took the advice of the Professor and stunned the critics.

Earlier today:
Hafeez to Imam: Go get a 100👊
Imam to Hafeez: You better be at the crease with me when I get there!
😍#ImamulHaq #PAKvSL pic.twitter.com/UBCKTSYUN2

Players from other sports also admired his innings.

That’s it! Imam ul Haq gets the big maiden hundred on debut! 2nd Pakistani and 13th overall to do this. Prolific opening for the youngster!

And then there were those who could relate this performance to their student life.

Zainab may not have meant what the people perceived, but she definitely needs to choose her words wisely. It escalates very quickly on social media and she would know it by now.