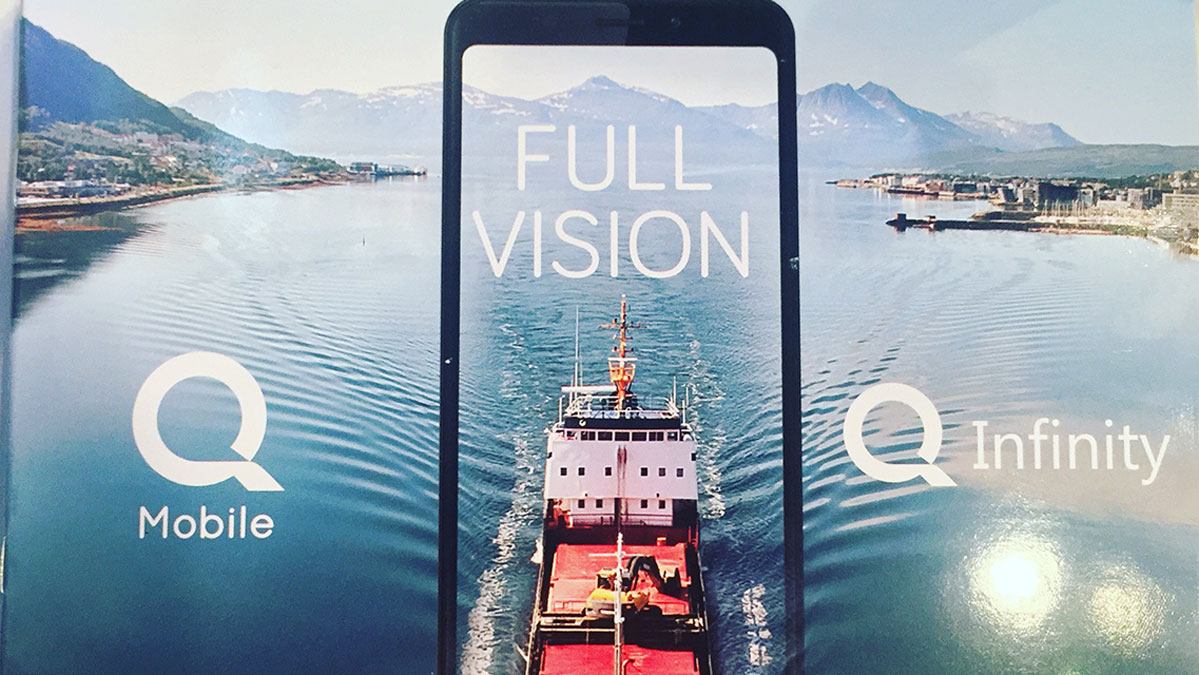 In 2017, large full screen phones have become the norm. You may also know them as “bezelless phones”. Companies like Samsung, Huawei, Apple and others have launched their flagships with an 18:9 display over the past few months.

Being one of the most popular brands in Pakistan, QMobile didn’t have a bezelless smartphone, until now.

QMobile is partnering with one of the biggest chip makers in the world, Qualcomm, to launch their latest Q Infinity smartphone.

With it’s latest offering, QMobile has become the first local brand to launch a bezelless phone in Pakistan. The phone is not currently available but will be launched soon.

Starting out with the features, QMobile is powered by a Qualcomm Snapdragon 425 chip. Most of the phones launched earlier by QMobile featured a MediaTek chipset, but now with Q Infinity, the Smartphone maker aims to change that trend.

One of the biggest drawbacks of the MediaTek chips was their GPU. Q Infinity will come with the Adreno 308 which is more than capable of running high end, graphically intensive applications.

The metal clad Q Infinity has 3 GB RAM with 32 GB internal storage, which is expandable via a microSD card slot. It is a Dual SIM phone and supports 4G LTE.

On the camera side, the Q Infinity houses a 13 MP camera with Phase Detection Autofocus and a LED flash. Up front is a 16 MP sensor with screen flash.

Keeping everything running is a 2,900 mAh battery which should be able to last a day on average thanks to the power efficient Snapdragon 425 chipset.