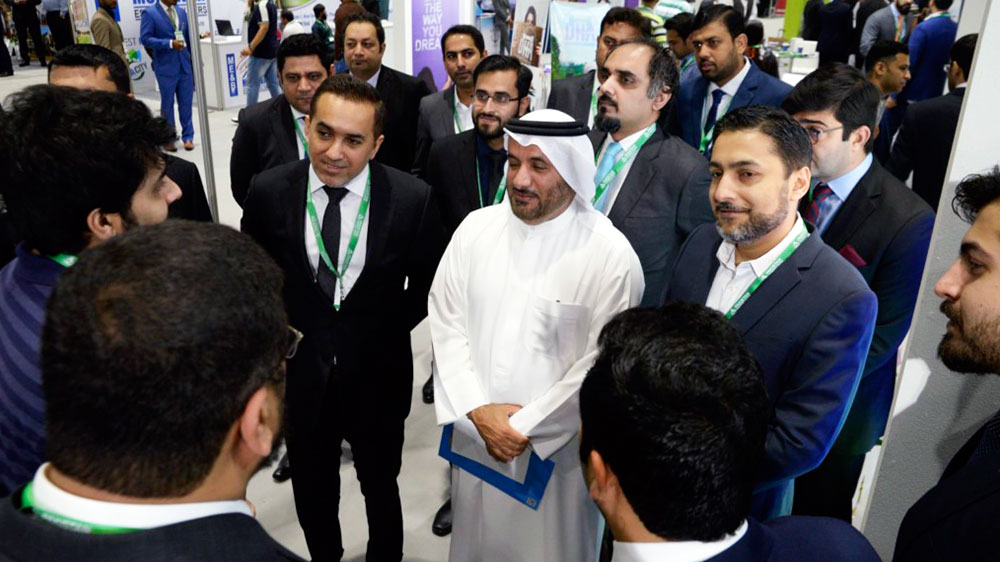 The Pakistan Property Show Dubai concluded on a high note on Oct 21 in the UAE.

The show attracted an unprecedented 14,000 visitors over two days, a record for any exclusive Pakistani Property Show anywhere in the world. The event attracted many government and diplomatic dignitaries, community and business leaders, and celebrities as well. 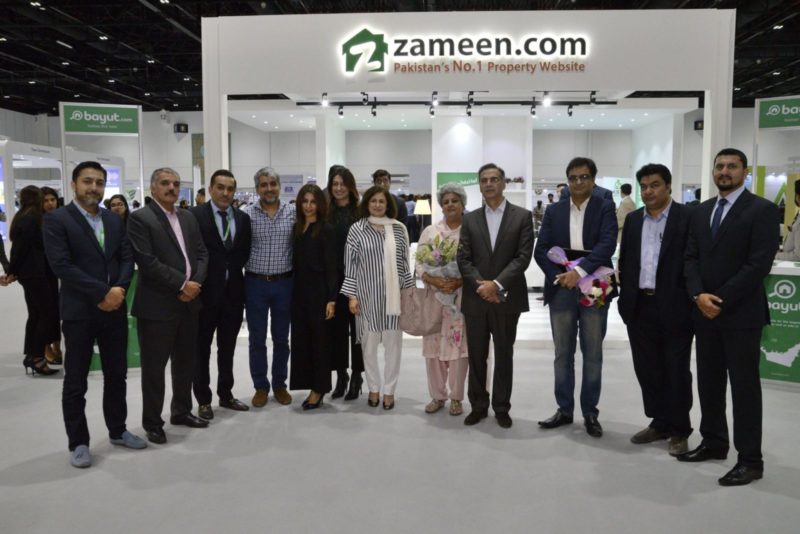 The show highlighted a broad spectrum of properties including residential and commercial offers from across Pakistan. A bouquet of around 50 real estate developers and agencies brought forth their best offerings suited to the needs of the overseas Pakistani community.

Properties from Peshawar, Islamabad, Lahore, Faisalabad, Sargodha, Karachi, Gwadar and places in between were brought to the doorsteps of the overseas Pakistani community in the UAE. Overseas Pakistanis with varying preferences and budget ranges were able to find something according to their liking at the show. 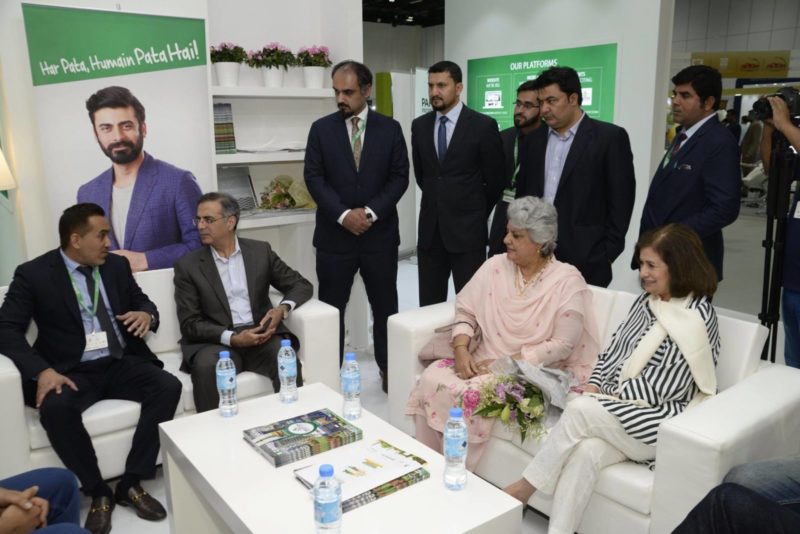 The exhibitors were pleased with the visitor attendance at the show. All felt that it had surpassed their expectations. Given the tremendous response of visitors, the exhibitors shared that they would bring bigger teams to service the large number of visitors.

What the Guests Had to Say

The Pakistan Property show was inaugurated by the Chief Guest H.E. Sultan Butti Bin Mejren, Director General of Dubai Land Department on October 20th. In a selective gathering prior to the show’s inauguration His Excellency expressed positive sentiments about the show to Mr. Zeeshan Ali Khan, Zameen’s CEO.

His Royal Highness Sheikh Abdul Aziz Bin Jamal Al Qasimi of the ruling family of Sharjah graced the Pakistan Property Show on the second day. After a tour of the exhibition, he remained at the Zameen.com exhibit and listened to a briefing by the top officials of Zameen.com.

H.E. Mr. Moazzam Ahmad Khan, Ambassador of the Islamic Republic of Pakistan to the UAE attended the event to extend his support to the exclusive Pakistani property show. He was visiting the show along with his wife and officials from the commercial wing of the Pakistani mission to the UAE. He appreciated Zameen.com’s efforts in bringing Pakistani realty to global stage and in providing a much needed service to overseas Pakistani community.

He emphasized the need to keep holding Pakistan Property Show every year at various locations around the world with concentrations of overseas Pakistani community. The Ambassador was accompanied by Mr. Kamran Khan, Commercial Attache, Embassy of Pakistan, Abu Dhabi and Dr. Nasir Khan, Commercial Counsellor, Consulate General of Pakistan, Dubai.

The Pakistani community and business leadership also showed their support to the Pakistan Property Show with their attendance.
Mr. Faisal Ikram, President, Pakistan Association Dubai attended the show with the PAD team and expressed his support to the initiative and the service it extended to the overseas Pakistani community and assured of his complete support for future as well.

“We, as the second largest overseas Pakistani community,  and we are always looking back for opportunities to invest in Pakistan. And I think it is a wonderful opportunity. We are open to any support required of us. We will be a permanent partner with the Pakistan Property Show in the future.”

A celebrity entry was made by a star player of Pakistan Cricket Mr. Mohammad Hafeez who visited the exhibition hall. 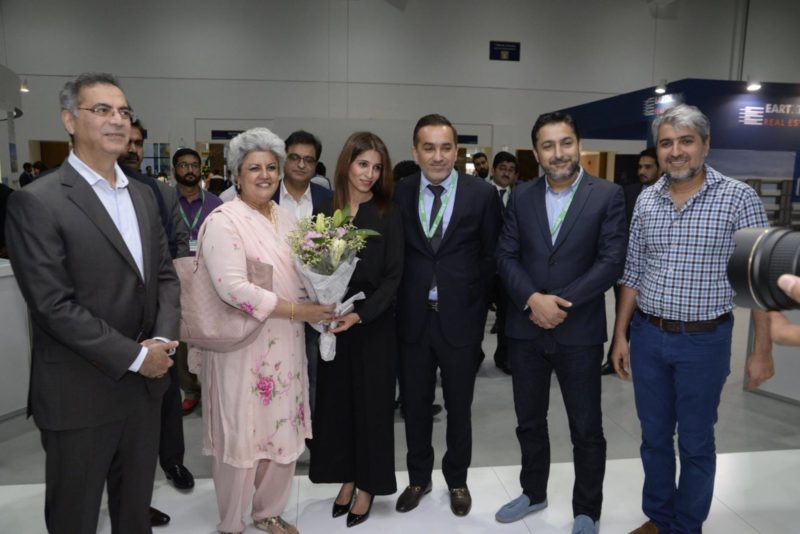 The Hosts Speak Up

Commenting on the success of the show the CEO Zameen.com Mr. Zeeshan Ali Khan said,

“Pakistan remains our number one priority at Zameen.com. The huge success of Pakistan Property Show is proof that Pakistani realty has a major role to play in attracting overseas remittances and Foreign Direct Investment (FDI).

Fourteen thousand visitors – these are not just empty numbers but comprise genuine overseas Pakistani families and investors that are keen on investing back in Pakistan with Pakistan Property Show as their platform of choice.”

Extending his thanks to all guests, exhibitors and visitors he concluded:

“We are thankful to our dignitary guests to have supported and encouraged us with their presence. This will go a long way in motivating us to do bigger and better the next time in Dubai and elsewhere in the world. I also congratulate and thank our exhibitors to have put their faith into the Pakistan Property Show and in our commitment to deliver.”

Mr. Haider Ali Khan, the CEO of Bayut.com, also considered as the most influential property portal in the UAE, said,

The only missing part of the equation was a platform that provides secure access to the Pakistani realty across Pakistan. However, Pakistan Property Show Dubai has today completed the equation.”

Also present on the occasion was Mr. Imran Ali Khan, the CEO of EMPG. He said,

“EMPG’s group companies with Bayut.com in UAE, Zameen.com in Pakistan and bproperty.com in Bangladesh are helping the regional multi-trillion-dollar real estate industry in realizing its full potential.

EMPG has successfully innovated a unique regional framework for collective economic growth that we hope will guide regional markets in other parts of the world. Pakistan Property Show will serve as a model for other countries to follow.”