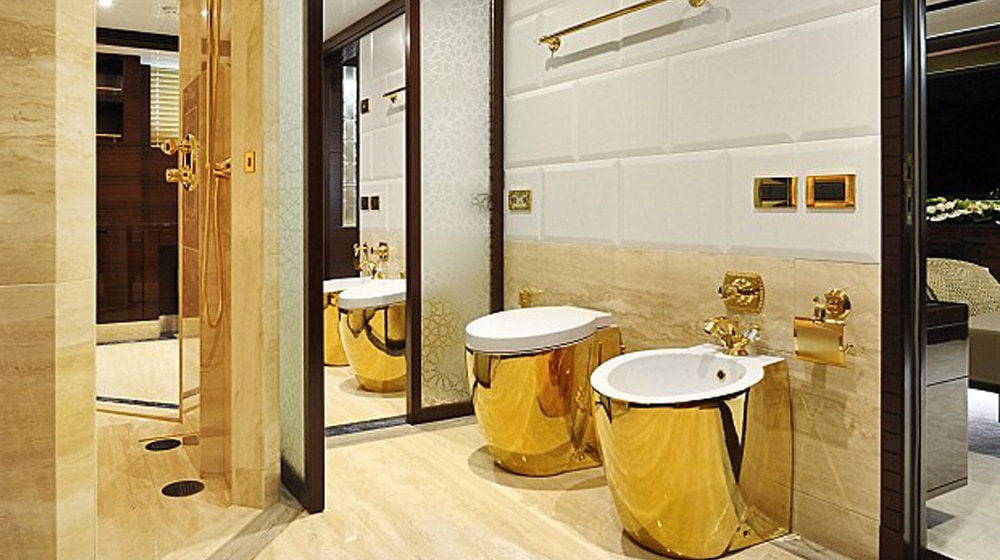 Pakistan is “home” to 20 million homeless people. This isn’t just another ordinary number, it makes up 10% of the total population. While these 20 million people are living in slums or have no roof over their heads, Governor House Murree has been refurbished at a cost of Rs. 600 million or 60 crores, according to Senator Sherry Rehman.

This doesn’t just point out the thoughtless spending of government. It also highlights how false the claims serving the people are.

While the governor chose to upgrade his lavish vacation house using public funds, 20 million people are on the roads trying to find a way to feed their hungry children.

Pakistan is among 10 worst countries with regards to access to toilets. There are around 40 million people that have little to no access to toilets in Pakistan. On the other hand governor house’s toilets got a “golden touch”.

The difference between rich and poor is increasing day by day, this kind of spending serves no purpose other than adding more fuel to the fire that is already burning inside of the poor.

Every year before budget is proposed, government vows to embrace austerity in its spending. However there is always an increase of budget for PM and President Offices and houses when the budget is announced.

As the PM and President House budget allocations get an increment every year, Pakistan is yet to achieve the 7% GDP allocation for Education as per National Education Policy 2009.

There is no better time than now to realize where Pakistan is heading with the poverty situation. Revolution starts from the bottom, Pakistan will automatically flourish when the poor in the country are happy.