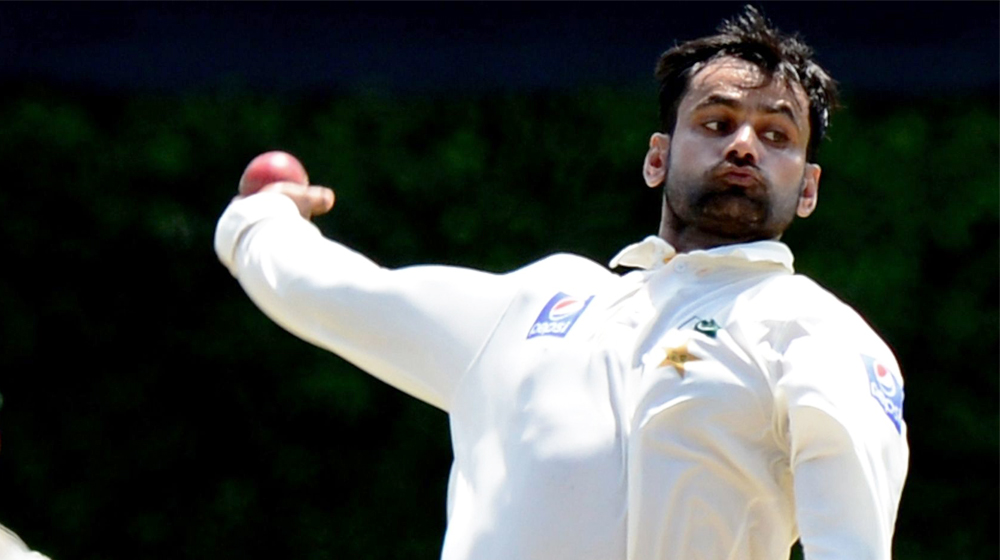 It is no secret that Muhammad Hafeez’s bowling action has remained under constant ICC scrutiny since 2014. The top ranked all-rounder has reached England to have his bowling action examined by the ICC certified officials.

According to the ICC, his bowling action was reported during the third match against Sri Lanka in the recent ODI series. The match officials turned in a report which questioned the legality of the 37-year-old’s bowling action.

Prior to his departure, the former national team captain expressed his confidence that ICC will clear his bowling action. He said:

I have been bowling with the same remodeled version of my action and apart from one incident, there has been no issue. I’m confident that I’ll be able to clear the test.

The first suspension Hafeez faced was in December of 2014. However, after independent assessment, his bowling action was cleared in April 2015.

Yet another independent assessment revealed that Hafeez had employed an illegal action, after he was reported by the match officials in 2015’s Test match in Galle.

Hafeez has faced 2 suspension since 2014

In November of 2016, Hafeez again underwent a reassessment, which he managed to clear and after which his bowling action was deemed legal.

Under the new ICC regulations, all bowlers are allowed to bend their arm by 15 degrees – beyond which the action is deemed illegal.

The ICC officials claim that they will assess every information they have on Hafeez’s bowling action since his first suspension and only then, they will at a conclusion.