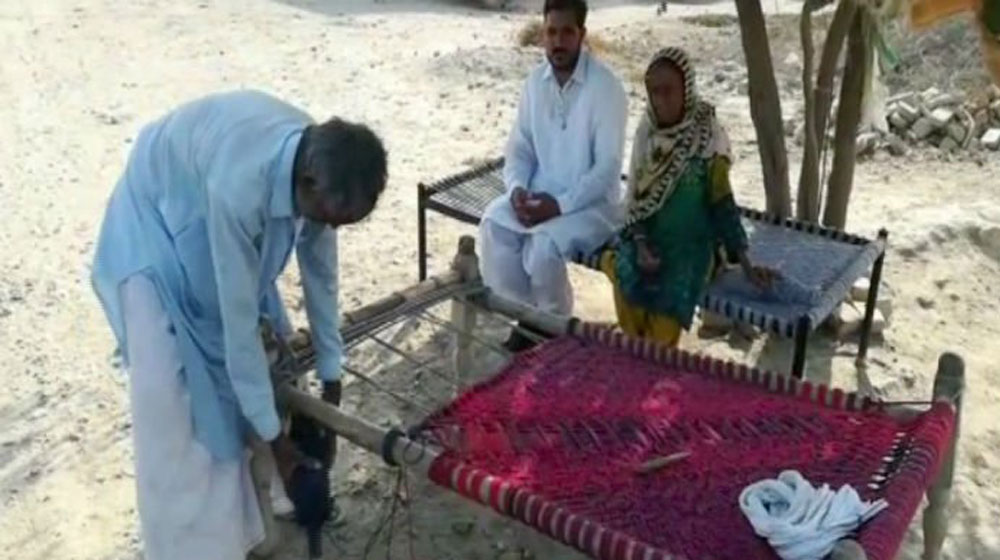 When there’s a will there is a way!

People don’t choose to be disabled. While some see their disability as a limitation, there are others who view it as an opportunity to thrive.

Abdul Aziz is a citizen of Vehari who overcame his disabilities and used them to accomplish what most people can only think of. The art of Charpoy (Charpayi) weaving might seem ordinary to you, it is much more than that to Abdul Aziz, it’s his means of survival. He overcame his and other people’s doubt and refused to give up.

Despite having aural, sight and speaking disabilities, Abdul Aziz has mastered the skill of Charpayi weaving. The neatness of his work has earned him a name in his town. With his product, he has brought colors into the lives of people which were lacking for so long.

His determination to never give up has made many people, including his mother, proud. There were a lot of hurdles in his way apart from the disabilities that he overcame. Financial issues, physical disabilities didn’t cripple his mind as he continues to do the work he started 15 years ago.

Instead of begging, Abdul Aziz uses his skill to earn money. He makes Rs. 150 to 300 for every Charpayi weaved.

The story of Abdul Aziz is an inspiration to everyone especially to other disabled people, including the villagers and rest of the people who know about him.