The stock market experienced some sharp swings on the beginning of the week as the KSE-100 index closed flat with small loss with very low volumes. 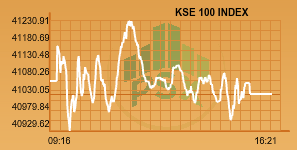 The index was mostly led by support from selected oil sector as the increase in International Oil Prices. At close, the benchmark KSE 100-share Index recorded a loss of 33.23 points or 0.08% to stand at 41030.77 as dull trading session was witnessed today.

Pakistan equities stood a little lower in a volatile and range-bound trading session today. The market touched an intraday high of just 168 points over the gain in Oil sector as it remains steady throughout the whole day. It had hit a day’s low of 40,928 points, down 136 points after the session’s commencement. The oil & gas exploration sector was the biggest gainer of the last week as well.

Positivity was generated by external factors including a rise in global oil prices which stimulated buying in oil marketing and production companies. 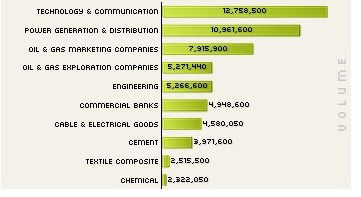