The stock market closed marginally higher today as most of the gain during the day was wiped off due to profit taking today. The political uncertainty was also seen in the market. 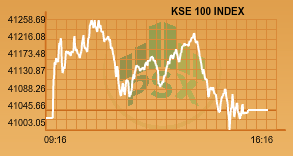 The index was mostly led by support from the oil sector as the increase in International Oil Prices and the Auto Mobile Sector.

Pakistan equities stood a little higher in a profit taking session today. The market touched an intraday high of 232 points over the gain in Oil and Auto Mobile sector. The market had hit a day’s low of 41,003 points, down just 27 points after the session’s commencement.

Positivity was generated by external factors including a rise in global oil prices, which stimulated buying in oil marketing, production companies and the Automobile sector. After which the investors opted for profit taking today in the Oil and gas sector.

All shares index had a traded volume of 106 million shares which were better than yesterday. Overall, stocks of 348 companies were traded on the exchange, of which 129 gained in value, 197 declined and 22 remained unchanged. In KSE 100, 53.26 million shares were traded with a net worth of just Rs. 4.91 billion. 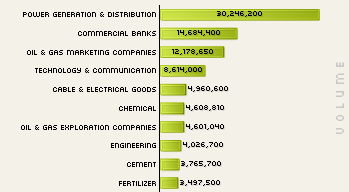 PSX also announced its new MD Richard Morin, a Canadian national. Despite severe opposition from the local brokers, the board of directors nominated Richard and SECP approved his appointment on Monday. He is expected to take charge from December 1, 2017.