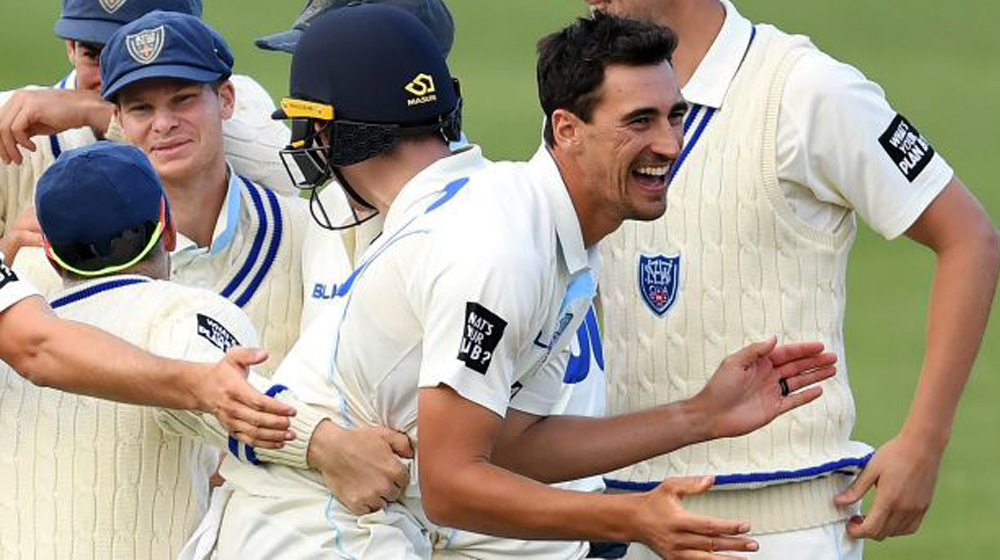 Australia’s Mitchell Starc has completed his Ashes preparation in the most stunning fashion; taking two hat-tricks in the same match.

The pacer took last three wickets in both innings — taking 7 wickets in total — as his New South Wales team marched on to beat Western Australia by 171-runs.

The 27-year-old, still recovering from an injury, claimed two hat-tricks in a single first-class match for the first time in Australia’s first-class history. Starc also becomes only the 8th bowler to achieve this feat in cricket’s 140 year old history.

Prior to this, Amin Lakhani from Pakistan took two hat-tricks against Indians XI in 1978-79.

The pace he bowls and the length he bowls makes him so dangerous. It’s good to see him bowling well, Australia need the bowlers to bowl well against England.

The phenomenal display of reverse-swing bowling by Starc should ring early warning bells for England, who will face Australia soon in 2018’s Ashes series.

Western Australia were 176 for 7 when Starc was handed the bowl. In one over, Starc dismantled the tail-enders with his fierce reverse-swinging yorkers.

Steven Smith, the Australia’s and New South Wales’ captain, watched the historical spells which he later labeled as ‘one of the best he’s ever seen.’

The remarkable scenes at Hurstville Oval saw the visitors score 179 runs without a loss of a wicket. However, the game turned on its head when they lost all 10 wickets for just 44 runs.