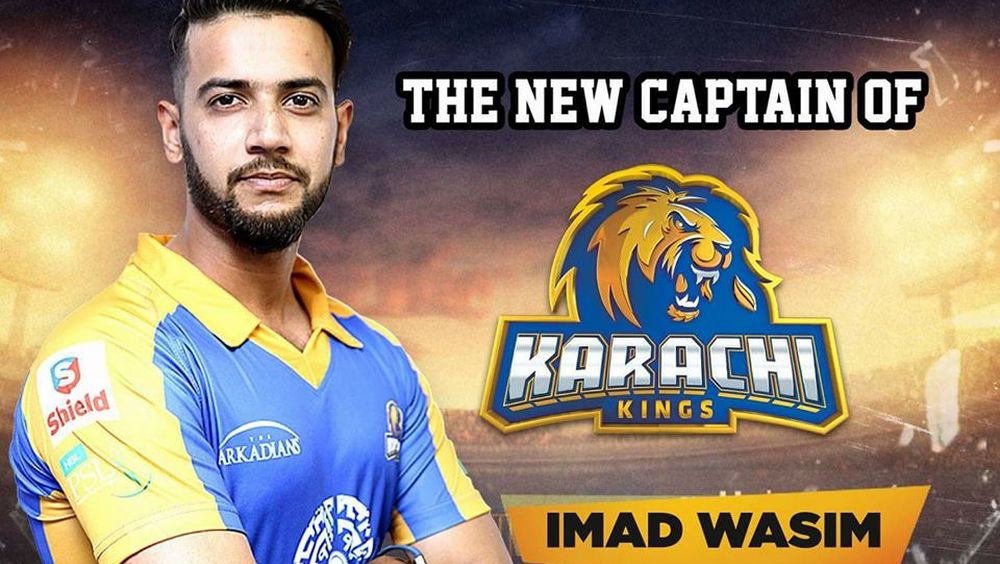 In a surprising move, Pakistan Super League franchise Karachi Kings has named all-rounder Imad Wasim as their new captain for the third edition of the tournament. Shahid Afridi made the announcement at the team’s press event.

Karachi Kings has seen a number of experienced players leading the side; Shoaib Malik led the side in the first season before Ravi Bopara replaced Malik as a temporary solution and they were followed by Kumar Sangakkara as the skipper for the 2nd edition of PSL.

The announcement was made in a press conference held on Tuesday. The event was attended by PSL franchise owner Salman Iqbal, president Shahid Afridi and the star players. Several celebrities and ex-cricketers were also present at conference. 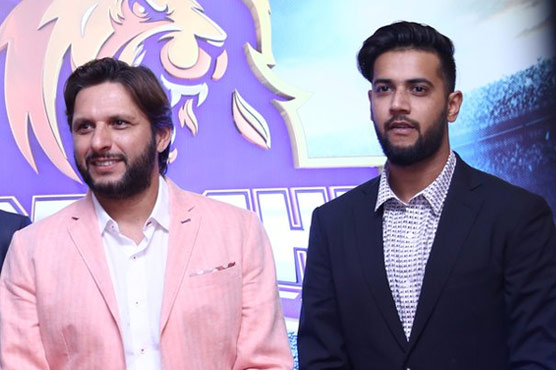 The pressure on Imad is immense, not only is he replacing Sangakkara as skipper but because he has been selected the captain ahead of Babar Azam and Mohammad Amir, who have both been performing better than him at the international level.

For any cricketer, it is a dream to become the captain of a respectable side and despite the pressure, Imad recognizes that this is a huge honor for him.

Speaking about his appointment as the captain, he said:

Honored to be given responsibility to lead @KarachiKingsARY along @SAfridiOfficial. Will work hard to deliver, need Duas 🙏🏻#KarachiDharayga

Imad also spoke at length about the national team skipper, Sarfraz Ahmed, whom he claims to have learned a lot from. He said that Sarfraz has been “the best thing that has happened” to Pakistan’s cricket in recent times.

He maintained that Sarfraz’s aggression on the pitch did not extend to the dressing room.

He only gets angry when a player makes a mistake, but off the field or in the dressing room Sarfaraz is the most friendly person.

Karachi Kings finished third and fourth in past two editions and in order to finish at the podium position, Imad has promised to bring “aggression” to the table, something he believes has worked for him at the international level too.

The players’ draft is scheduled to take place in Lahore on November 12.

You can watch the video of the press event below: