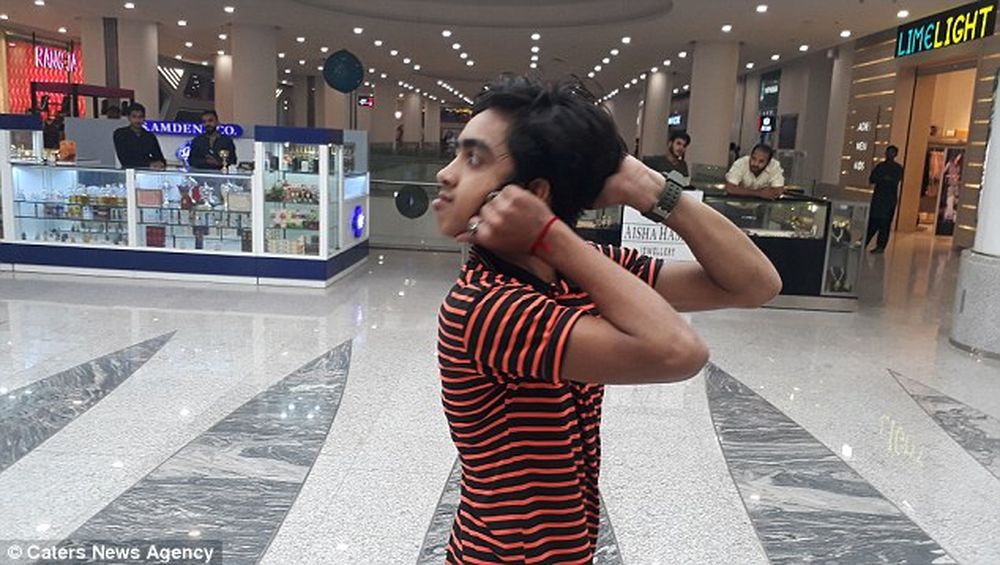 Eyes in the back of the head?

A 14-year old boy from Karachi is gaining attention worldwide for his unique talent. Muhammad Sameer can rotate his head 180 degrees using his hands.

Sameer says that the inspiration to learn to rotate his head like that came from Hollywood movies.

I would have been six or seven when I saw an actor in a Hollywood horror movie turning his head to look behind him. It fascinated me. I started practicing for it and within few months, I was able to it.

In the beginning his mother wasn’t very impressed with what her son was doing and her reaction perfectly sums up what she felt when she first saw him.

My mother slapped me when she saw me doing this and told me never to do it again as I might end up hurting my neck but with time she realized that I’m God gifted. 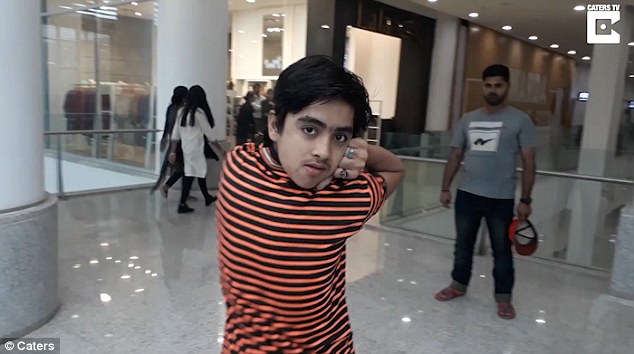 Sameer says that he is always practicing to polish his skills.

I am working on my dance skills, gymnastic stunts and acting skills as well in order to find better work opportunities to support my family and fulfil my dream. I hope to show my talent in big screens someday.

Sameer has joined a dance group to earn a living and his group fellows are pretty much impressed with what he can do. 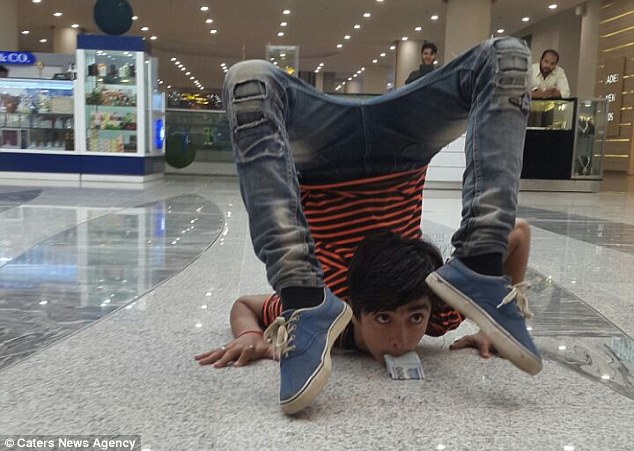 “I was shocked when I first saw Sameer’s ability to rotate his neck and shoulders. He is incredible. He is extremely flexible and I am sure he will go a long way if he gets proper training.” Asher Khan, Sameer’s fellow dancer said.

Sameer quit his studies and started working because his father had two heart strokes in a span of one year. His mother says they had no other option so Sameer had to work to keep the family going. Since the heart attacks the whole responsibility of the family came onto Sameer’s shoulders.

“He is only a kid but we have no other option. I wanted him to study and make a name for himself but destiny had something else in store,” says his mother.

“I work so that I can support my family. I don’t want that due to lack of resources my four sisters have to quit studies.” Sameer says that he earns around Rs. 15,000 a month and is always ready to show his skill.

Sameer hopes that his unique talent will land him a role in a Hollywood movie.

My dream is to work like that actor in Hollywood horror movies.

With the international attention he is getting right now, it is indeed possible that some Hollywood director might take interest in the kid and hire him for a role. Even if that doesn’t happen soon, Sameer can still entertain people with his demonic and scary skill of rotating his head like an owl.

Watch him in action here: