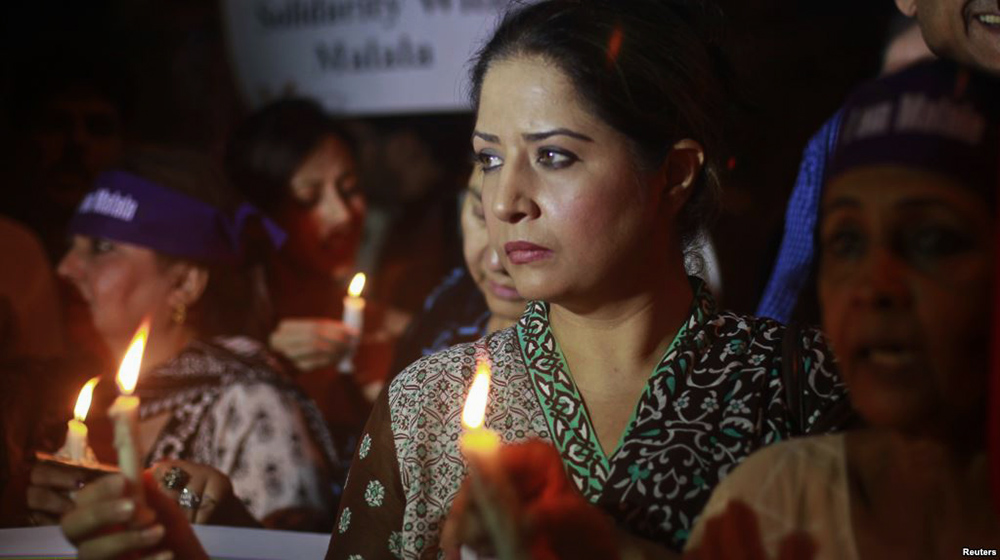 Recently, the Saudi Crown Prince Mohammed bin Salman announced to uplift the ban on women driving — which will be implemented from June 2018. The Kingdom’s reputation has been intensely affected over the past years by this silly ban that inflicts a message of female oppression.

In the leadership of Prince Mohammed bin Salman, the country has seen significant reforms as he has promised to return the nation ‘Moderate-Islam’ in the country.

Unfortunately, the Kingdom of Saudi Arabia is not the only country where the women are treated less than men. A new survey carried out by the Georgetown Institute for Women, Peace and Security (GIWPS) has released an index that unfolds the status of women in different countries all across the globe.

The GIWPS, along with the Peace Research Institute of Oslo, revealed an index on the status of women in 153 countries, taking various factors into account – including security, justice and inclusion.

The Icelandic women topped the chart, beating peaceful and secure countries like Switzerland and France, while the U.S.A. managed to secure the 22nd position.

Critics suggest that the U.S. got this position because of their callous law – that doesn’t allow the women to avail ‘paid’ maternity leave after their child’s birth. Besides Papua New Guinea, U.S. is the only country that doesn’t offer this package to new mothers.

As surmised, the less peaceful countries, that exhibit unswerving anarchy, stood last on the chart. The countries who scored poorly in the survey include Syria, Afghanistan, Yemen, Pakistan and the Central African Republic.

Pakistan stood at 150th position due to widespread domestic violence in the country. The country, that produces luminaries like Nobel Prize Laureate Malala Yousafzai, who openly speaks about the importance of girls’ education, has been slapped with one of lowest ranks due to hundreds of “honor killing” cases reported every year. 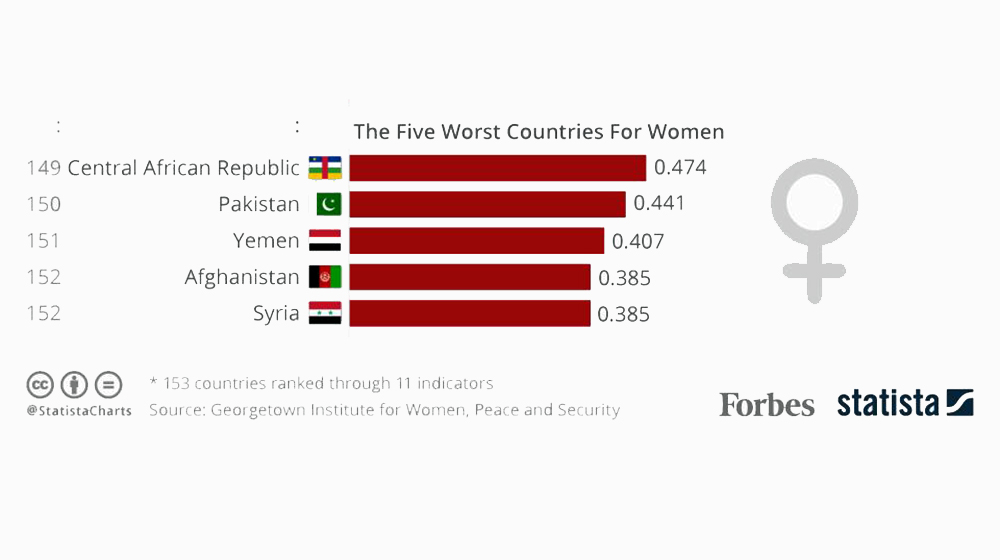 It is, now, the young generation’s preliminary duty to establish peace, gender equality and harmony in the region.