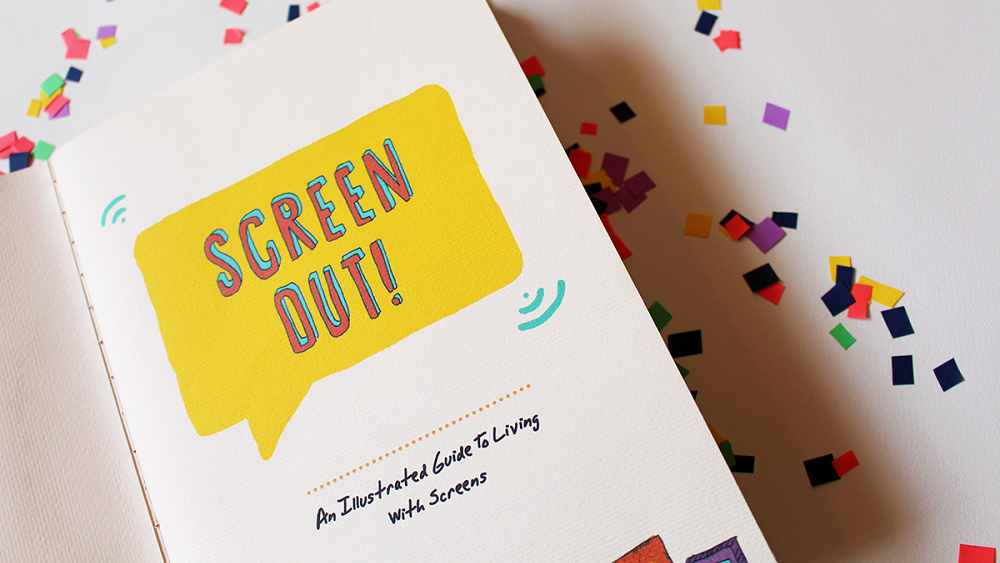 Pakistan, a major freelancing hub, is known for its creative workforce of freelancers, working in everything from software and web development to writing, designing, and way more.

Although Pakistan isn’t exactly known for having a budding design community, recent efforts like Pakistan’s first UX-focused conference and the National Digital Design Conference have been widely applauded.

Numerous design students and self-made designers from around Pakistan have been trying to make a name for themselves, be it through freelance work on portals like UpWork or Fiverr or just building up their profile on self-promotion sites like Behance.

One of those freelancers is Sana Kirmani, a budding designer, whose thesis about getting people to take their eyes off the screen recently caught my attention, hitting a nerve with its idea.

A graduate of Indus Valley School of Art and Architecture, Sana has always enjoyed classes and activities that allowed her to express herself creatively. 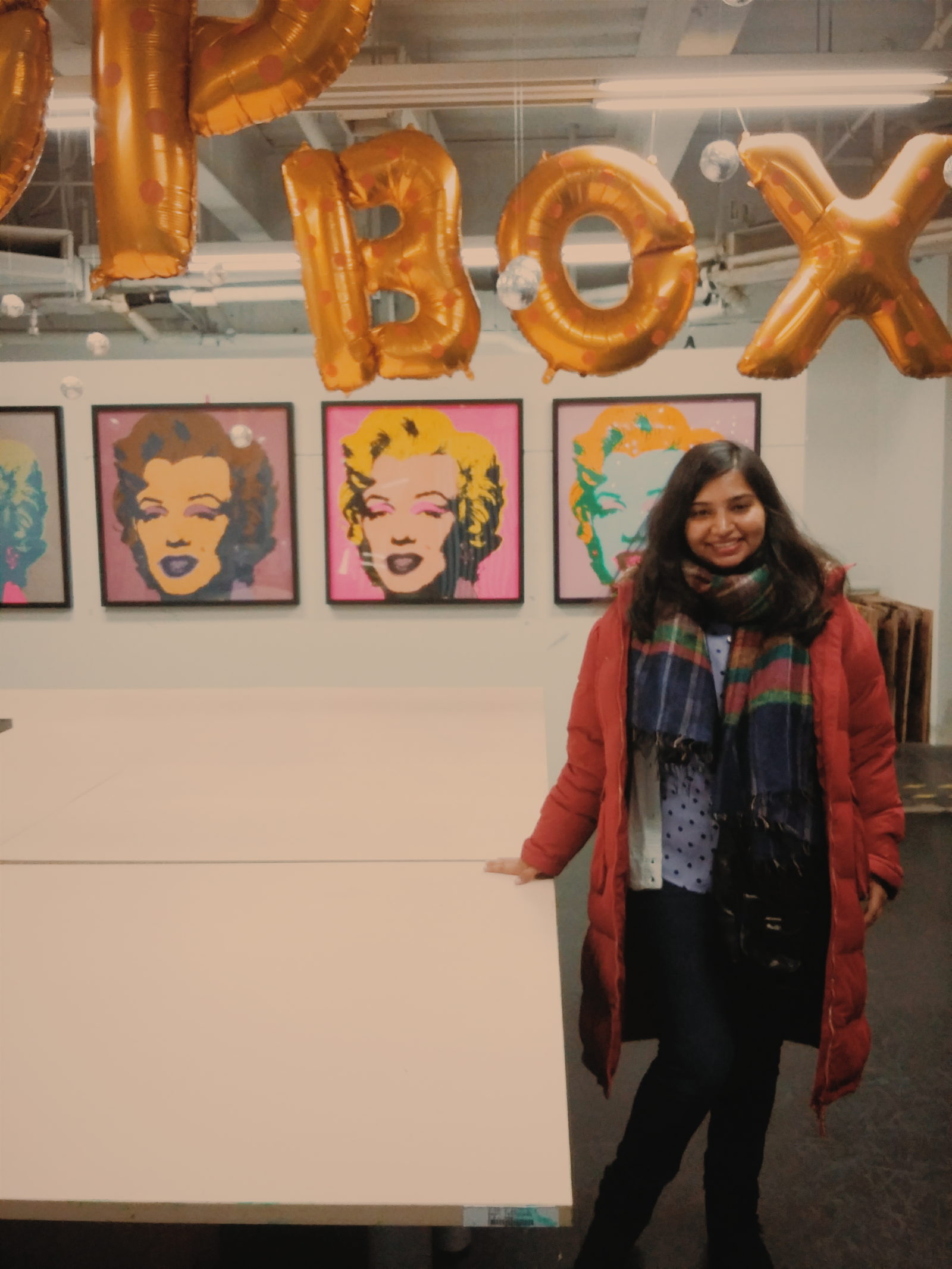 Events such as science fairs, art competitions and exhibitions got me really excited.” says Sana. “I remember how enthusiastically I would design even the comments booklet for each of my science fairs, for instance.

Art came naturally to her and after taking up the subject in both, O-Level as well as A-Level, she enrolled in the Indus Valley School of Art and Architecture in 2012.

“I don’t think I would have learned the way I did, had it not been for all the anxiety attacks and tears,” she added.

Majoring in Graphic Design and Typography, Sana took up illustration as a minor.

A big fan of 3D illustrations, she illustrated the lifecycle of a butterfly using Play-Doh and paper, which she then photographed against some coloured card.

She ended up showing the work to Book Group, a book publisher in Karachi, which expressed interest in publishing it.

“So the book was translated into Urdu, the illustrations were recreated and it was published in 2016,” she shared happily. “I still can’t get over that this actually happened; that some kid somewhere probably bought my book and read it!”

Motivated by the success she had had with her illustration book, Sana wanted to do something different with her design thesis. That’s when she came up with the idea of Screen Out! 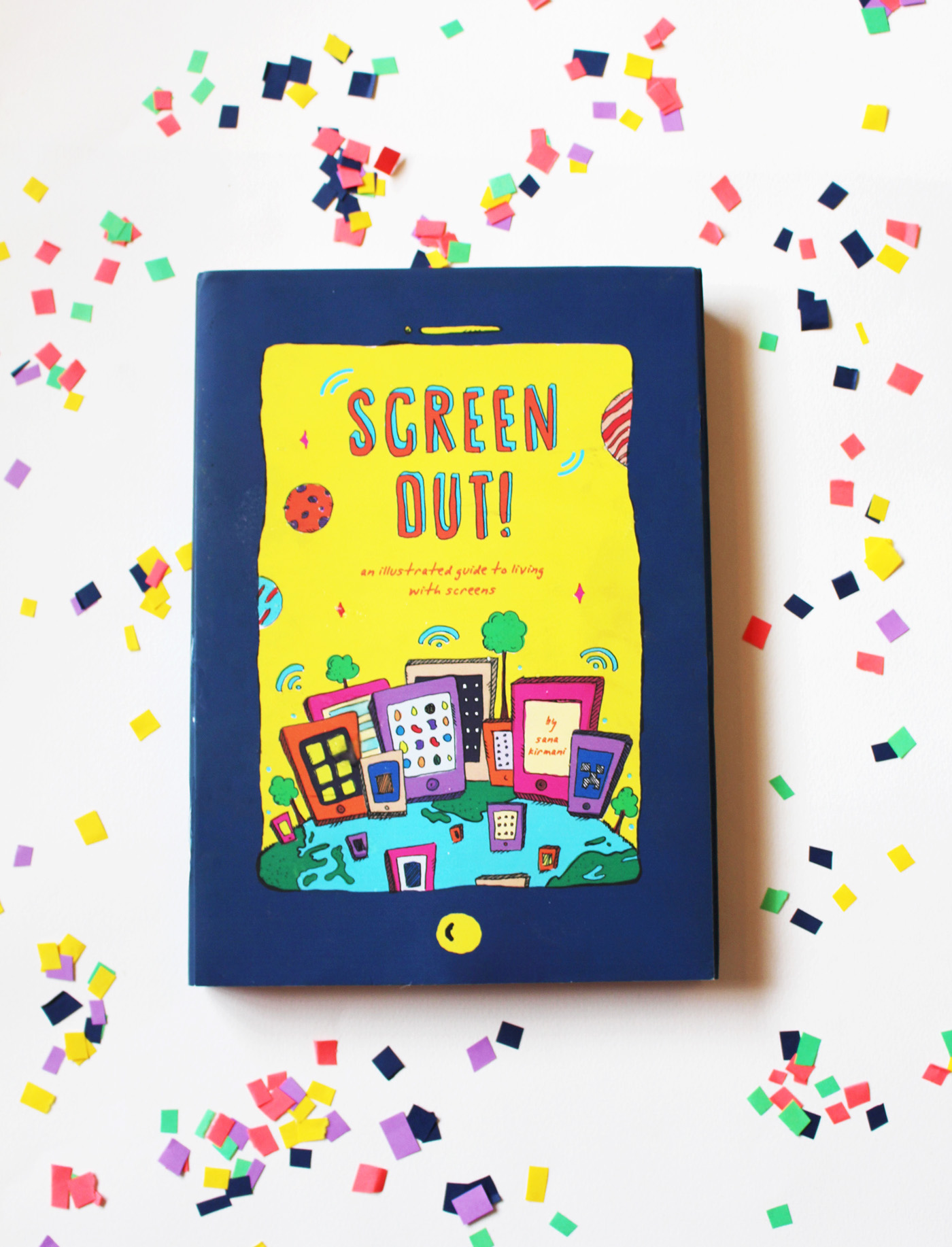 Screen Out! is an interactive guide designed to help parents encourage young kids balance screen time alongside having meaningful interactions with the physical world around them.

“It is inspired by my own childhood experiences and how growing up largely without screens meant more time spent playing outside.” adds Sana.

If your birth date is not of this century, you probably have an idea what Sana is talking about.

We have all been there, witnessing the influx of screens flooding our lives, seeing people around us disappear behind a phone, a tablet, or a laptop.

Adam Alter, a psychologist from New York University recently gave a TED talk, presenting some disturbing findings about how people spend time in an average work day in 2017, compared to earlier years. 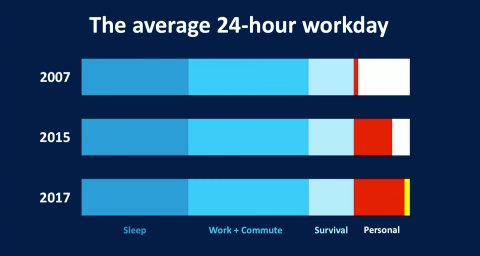 The “White” space is the amount of free time an average person used to have in 2007. Now, almost all of that is in “red” — time spent staring at a screen.

“Our parents and our grandparents grew up in an even simpler time so a lot of my research involved talking to them about their childhoods and how they think screens have transformed the way we interact with each other on a personal level.” says Sana.

Her four-month-long project came about as a result the way screens and devices control our day to day lives today and, specifically, how aggressively her 12-year old cousin would react each time his tablet was taken away.

Beautifully designed and illustrated, Sana has compiled Screen Out! in the form of an interactive book. We have attached some of the images from her Behance post about Screen Out! below. You can visit her profile to see the whole project as well as some of her other projects. 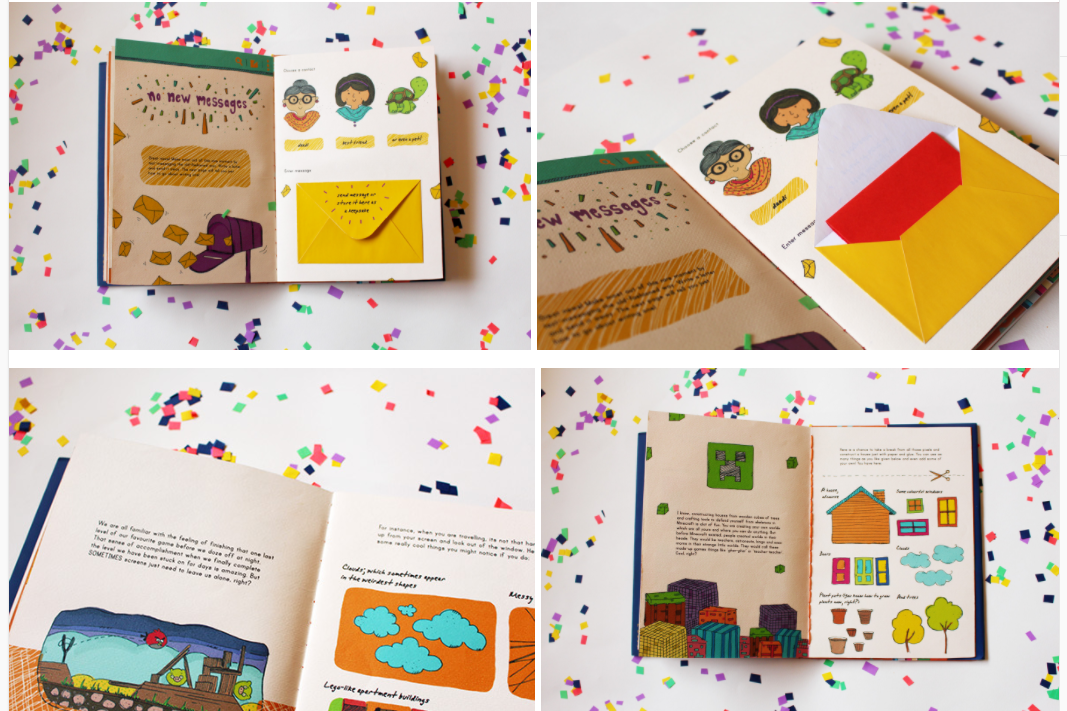 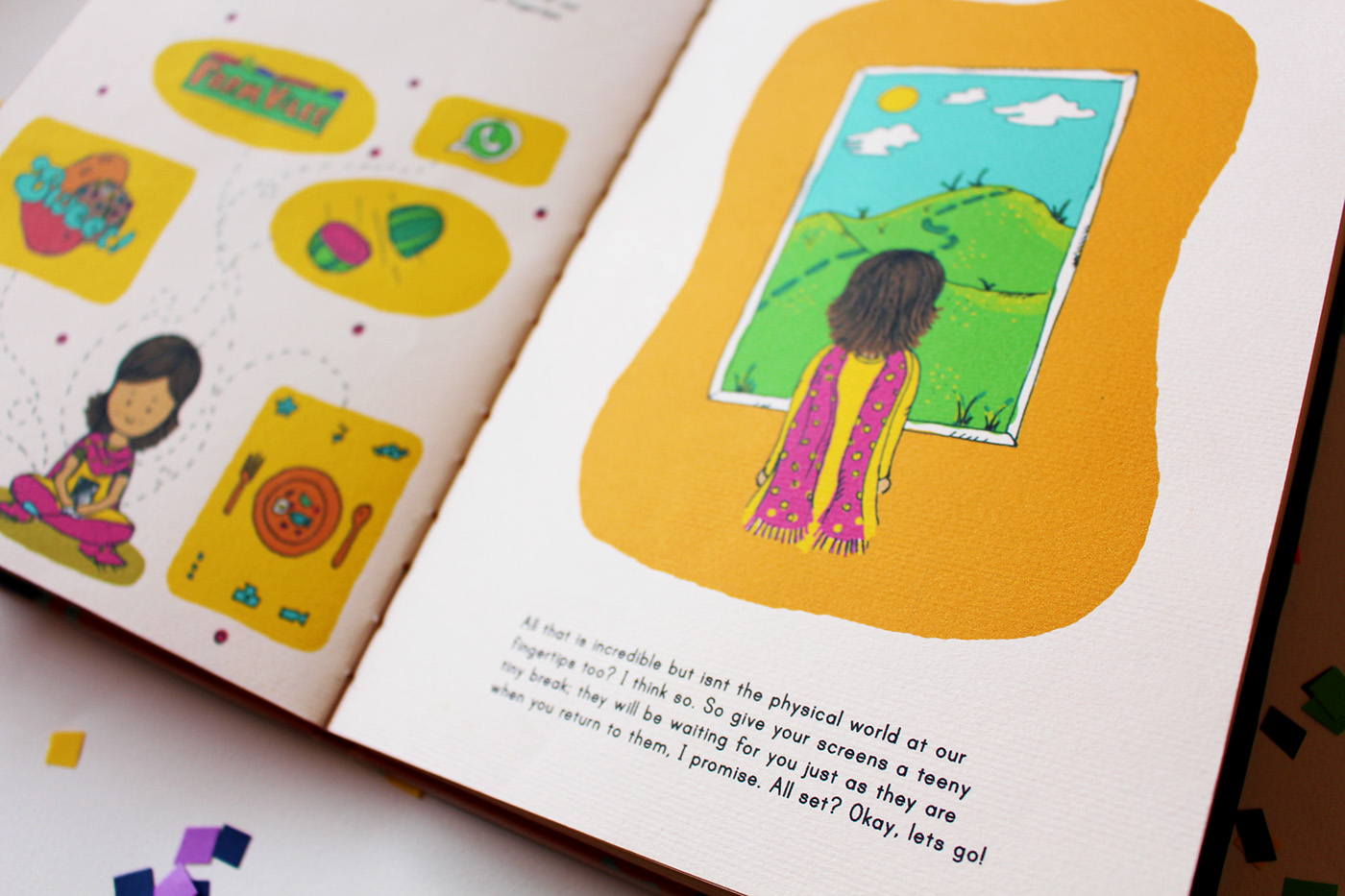 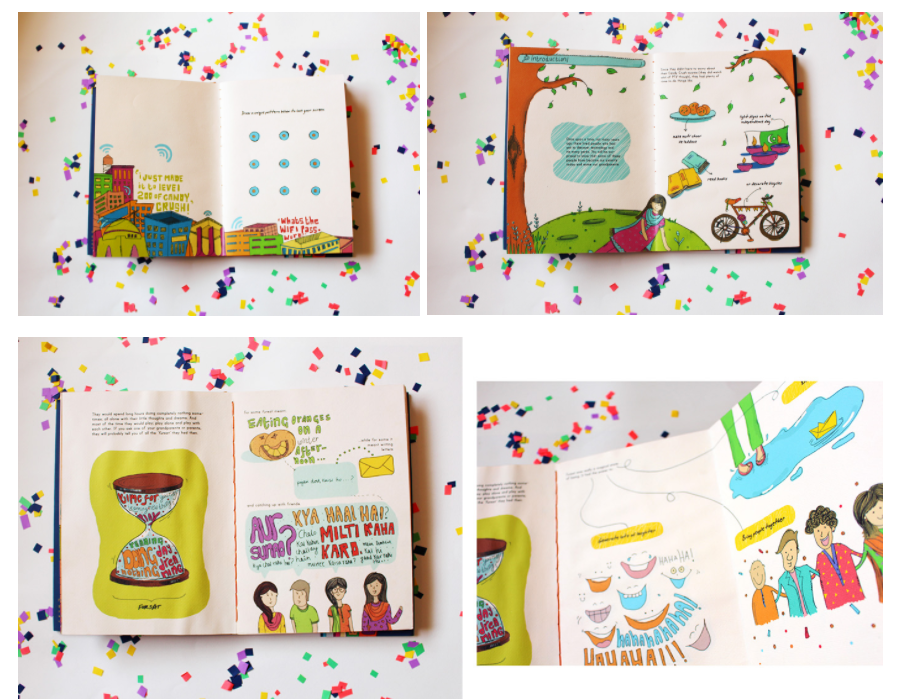 I know it is super hard to ignore each time your phone tings or beeps so this book seeks to make it a little easier for you.

She now works as a Product Designer for Habitt, designing products for children’s bedrooms and can be found illustrating a duvet or designing wall art to adorn a kid’s bedroom.

Although Screen Out! was done two years ago, she just recently put it up online and is now looking for someone to publish her thesis.