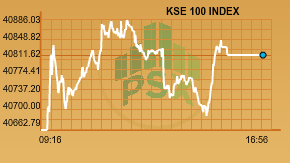 After four consecutive bearish sessions, the market managed to close in the green today amid low and dull volumes.

The benchmark index made intraday high of 224 points during the day today. During the whole week, the volumes were low and dull. The major reasons for the investors to stay cautious were Political instability plus market’s current levels.

Top gainers of the market were HBL, POL, ENGRO, PPL and PAKT.

Oil markets were stable on Thursday as rising U.S. crude production and inventories were countered by expectations that OPEC will extend an ongoing production cut during a meeting at the end of this month.

Brent crude futures, the international benchmark for oil prices, were at $61.98 per barrel at 04:38 GMT, 11 cents above their last close. U.S. West Texas Intermediate (WTI) crude futures were at $55.37 a barrel, 4 cents up from their last settlement.

Investors are still uncertain of the political situation and are staying away from the market because of the instability.

Whereas the State Bank of Pakistan (SBP) reported on Tuesday that the country received $939.7 million FDI during the July-October period of 2017-18 compared to $538.7 million in the same period last year.

Telecommunications bounced back compared to last year. The inflow of FDI in this sector rose to $64.9 million compared to an outflow of $38.3 million during the same period last year.

The financial business and oil and gas exploration sectors received $76.3 million and $57.9 million, respectively, during the four months of this fiscal year.

All shares index had a traded volume 96 million shares today. Overall, stocks of 336 companies were traded on the exchange, of which 149 gained in value, 159 declined and 28 remained unchanged. In KSE 100, 51.54 million shares were traded with a net worth of just Rs. 4.16 billion. 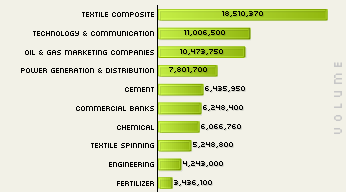 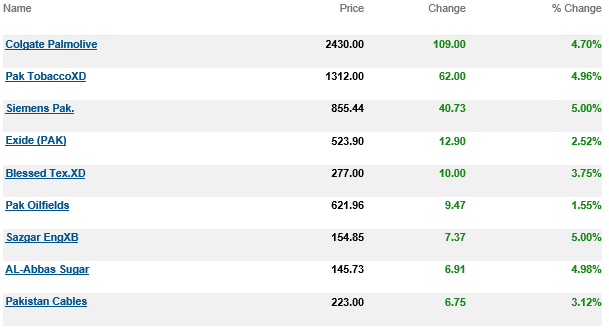