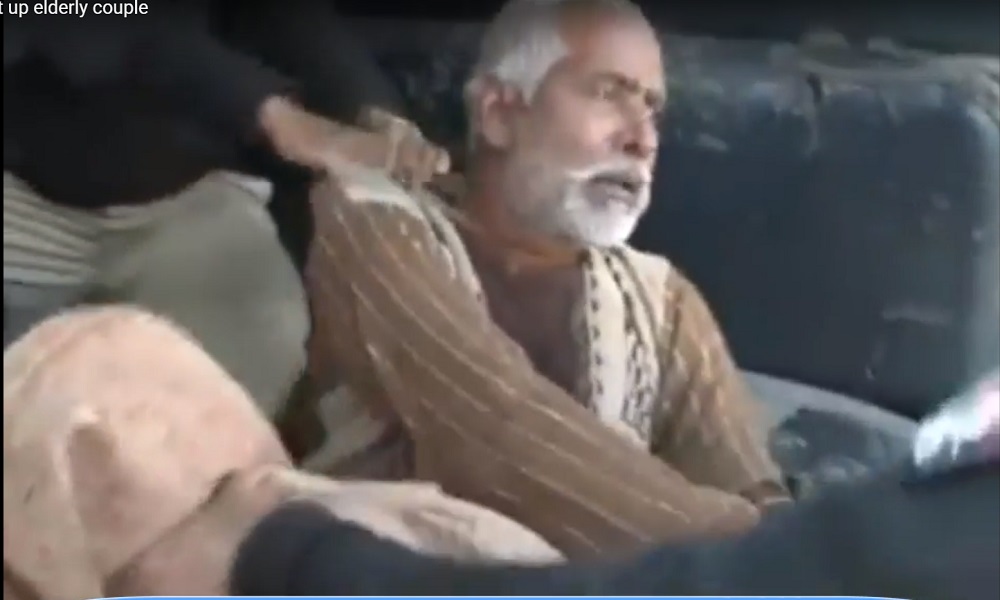 The elderly couple was protesting against the MDA officials because they threatened them to leave their property when the police arrived there and started beating them up.

Protesting against injustice is the right of every citizen. Citizens should be able to protest peacefully without any action from the authorities.

Naseem Bibi is 75 years old. An MDA official, Ikram Baloch, accompanying the police took their banners while they were protesting.

The footage shows the police beating the couple after dragging them through the street to bring them in their van. The video shows Chehlak SHO Ghulam Murtaza and other police officers beating the elderly couple and pushing them in the van.

A Human Rights Watch report released last year notes that police brutality is a countrywide problem. And as some law-enforcement experts have pointed out, the culture of police brutality happens to be common across South Asia.

Employing violence has failed to make Pakistan safer, and has only widened the chasm of mistrust between the people and the police.

The elderly couple was beaten up brutally and without remorse. Authorities should take appropriate action against these officers.