Pakistan Stock Exchange saw a volatile session today with very good volumes. At the end, the benchmark KSE 100-index gained at +43.04 points or +0.11% to close at 40591.87 points today. A range bound session was witnessed today.

The benchmark index made intraday high of +191 points during the first hour of today. Whereas the market went down to the intraday low of -83 points. 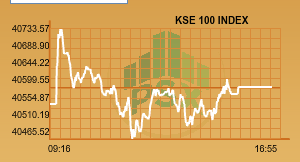 Ousted prime minister Nawaz Sharif, his daughter Maryam Nawaz and son-in-law retired captain Muhammad Safdar appeared before an accountability court in Islamabad on Wednesday as trial resumed into the corruption references filed against them by the National Accountability Bureau (NAB).

Whereas the Oil sector helped the market to show some gain today. Index heavy oil stocks charged ahead in early trade over the rise in the International Crude Oil Prices. Later on profit taking was seen in the Oil sector during the end of the day

Power and Generation was the most traded sector today in which K-Electric was the alone volume leader with 77.15 million share 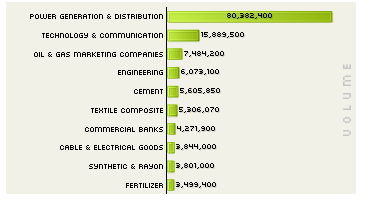