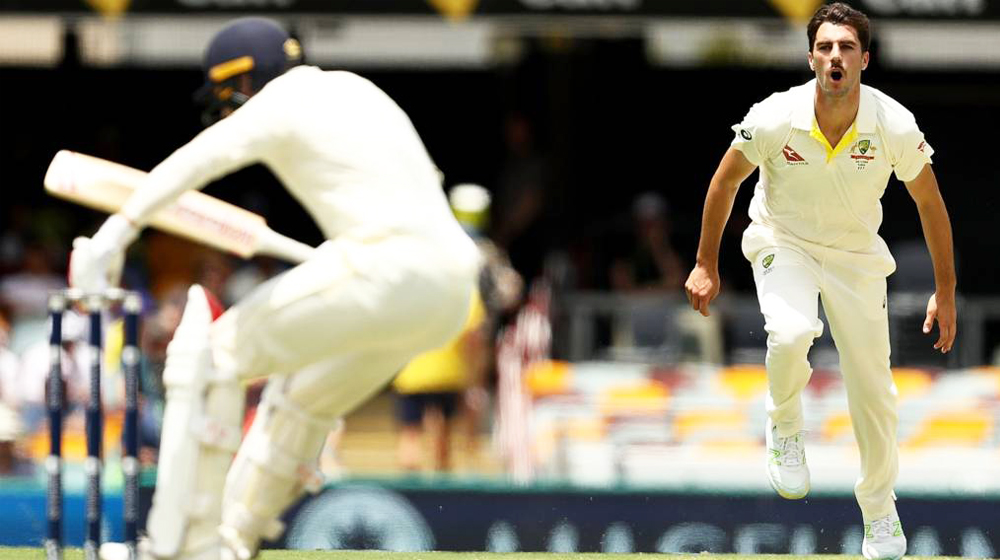 Australia strike early and late in the day to take slight edge in the first Ashes Test at the Gabba.

Despite losing the opener, Alastair Cook, in the third over of the match, England batsmen successfully negotiated most of the day and were 4-196 at stumps, with Dawid Malan on 28 not out and Moeen Ali unbeaten on 13.

Glenn Maxwell was speculated to be the late inclusion but the Australian went into the Test match as anticipated, with Warner opening the batting, Cameron Bancroft and Shaun Marsh due in at six.

The tourists won the toss and opted to bat, despite the hype of Australia’s lethal bowling attack which comprises of Mitchell Starc, Pat Cummins and Josh Hazlewood.

The pacemen did get an early breakthrough, with Starc forcing an edge out of Cook and straight into the safe pair of hands of Handscomb. 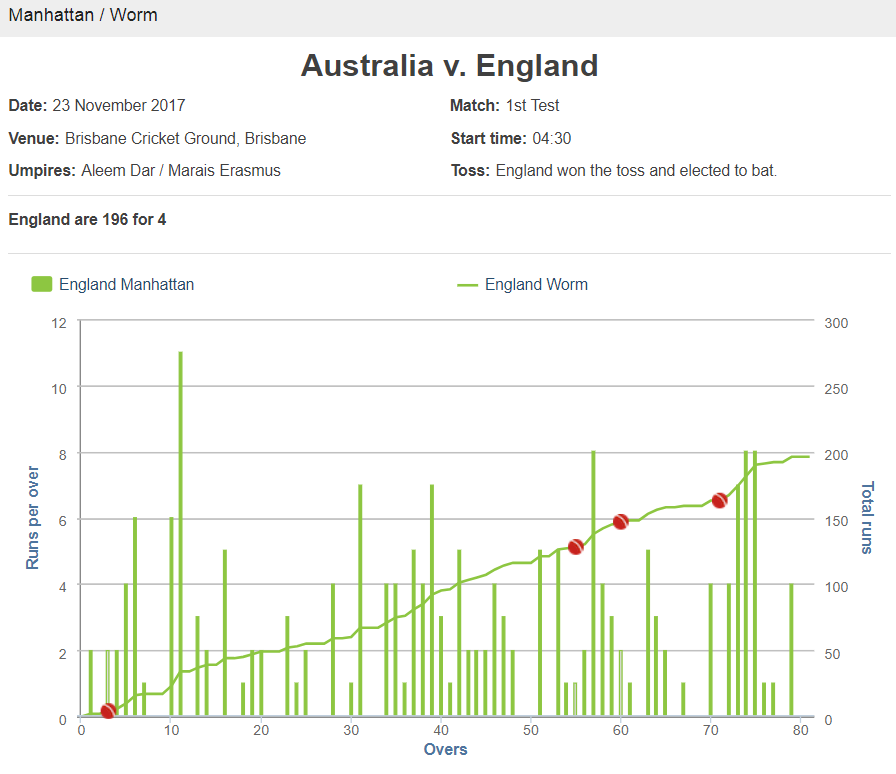 England found themselves in great trouble at 1-2, with the Gabba crowd roaring on the home side to put more pressure on the visitors and the new batsman walking in the crease to join the opener Mark Stoneman: James Vincent.

Suffice to say, the crowd was left in sheer disappointment as Vincent found his stride early on and whacked the Australian pacers through the off-side with no problems whatsoever.

The hosts, poised to re-build the innings, were let down by the rain which started pouring in as the play was about to resume. It seemed as if the play was to be called off but the rain ended and in the end, players were off for an hour-and-a-half before things were underway yet again.

Stoneman and Vincent held their nerve after rain as they put on a healthy partnership until Pat Cummins produced a jaffa which cleaned up Stoneman for 53.

In came the English skipper, Joe Root, who made a steady start and reached the 1000-runs mark against Australia. Vincent, on the other end, resumed his glorious form and beat his previous best of 43 runs.

All seemed to be going England’s way as their best batsman, Root seemed confident until he called for a close single which saw Nathan Lyon hit the stumps and send the unfortunate Vincent back to pavilion on 83.

The Australian crowd, roaring again, gave Cummins the drive to trap Joe Root in the final hour. Initially, Umpier Marais Erasmus did not give him out but the review showed the skipper was plumb and out for just 15 runs.

The new bowl was taken after the 80th over, which was handed to Starc who steamed in to appeal for an LBW, which was dismissed on review and the umpires halted the play due to bad light. 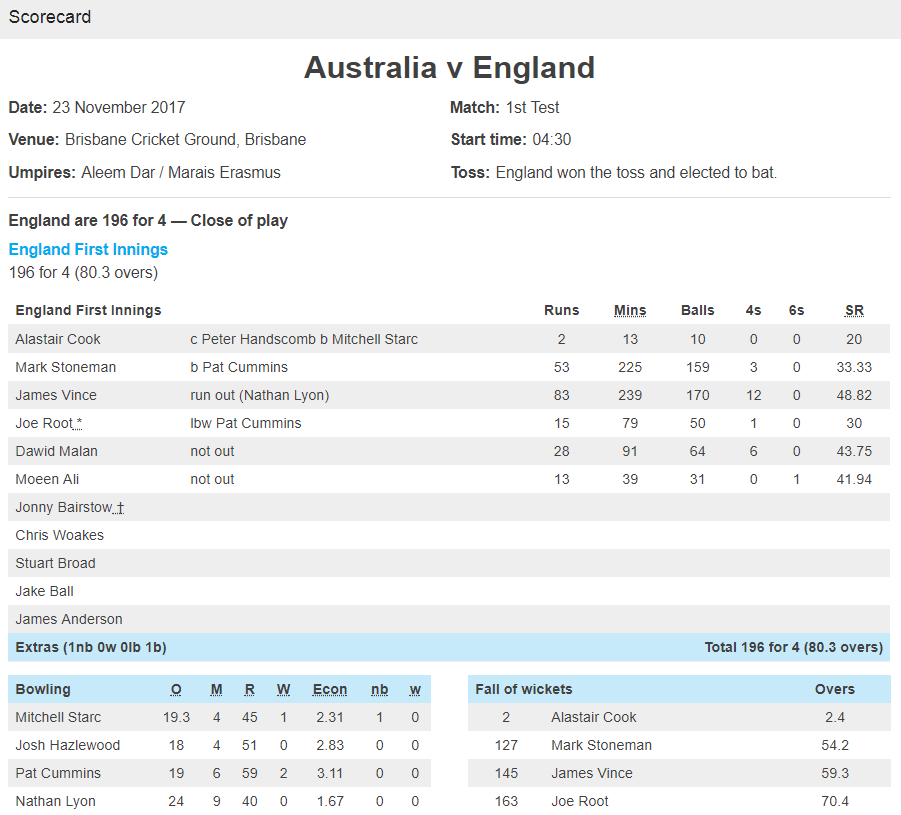 Here are the highlights of the first day from the Gabba:

Manhattan and scorecard via abc.net